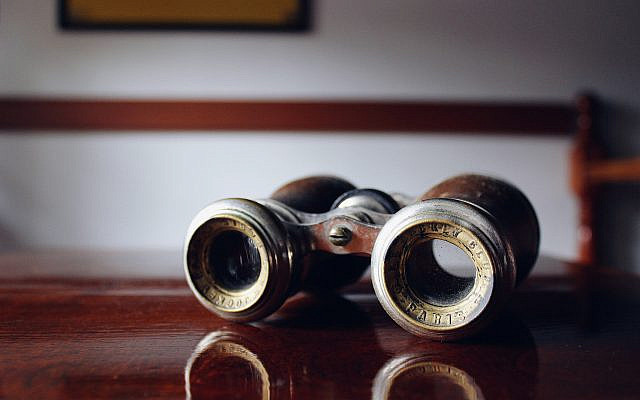 Photo by tito pixel on Unsplash

This week’s parsha opens with Bnei Yisrael about to enter Eretz Yisrael. This is the end of the process that began when Hashem first appeared to Moshe at the burning bush and said to him: “I have come down to save them [the Jewish people] from the Egyptians and to bring them up from that land to a good and spacious land, to a land flowing with milk and honey” (Shemot, 3:8). They have experienced the exodus and the splitting of the sea and have received the Torah. And now this is it: the final step.

But then something goes wrong. “Hashem spoke to Moshe and said: send for yourself men and let them spy out the land of Canaan that I have given to the Jewish people” (Bamidbar, 13:1-2). So Moshe sends spies, they come back with a bad report of the land, the people cry all night and they are punished with forty years of wandering in the desert.

Famously, many commentators try to explain the seemingly superfluous word “for yourself” in the pasuk (Bamidbar, 13:2). Based on Moshe’s retelling of these events in Devarim 1, Rashi explains that “for yourself” means according to your judgement. Rashi explains that Hashem did not command the people to send spies but, once they had asked to do so, He did not prevent them. G-d had already told the people the land was good, but if they wanted to go and spy it out for themselves, Hashem would not stop them from doing so (Rashi, Bamidbar, 13:2).

The Kli Yakar echoes the concept of the sending of the spies being according to the judgement of the people, as opposed to according to the command of Hashem. However, he extends it one step further. The Kli Yakar, quoting the Arizal, explains that the women, in contrast to the men, loved the land; he uses the story of the daughters of Tzelafchad demanding from Moshe their own portion of Eretz Yisrael to inherit (Bamidbar, 27) to prove this. Therefore, Hashem said to Moshe: in My opinion, because I know the future, it would be better for you to send women who love the land to spy it out, because they will not speak badly of it. However, according to your opinion, you think it’s better to send men (Kli Yakar, Bamidbar, 13:2).

And men were sent. Twelve of them. Ten came back with a bad report. They concluded that “we are not able to go up against those people because they are stronger than us” (Bamidbar, 13:31) and also stronger than even Hashem (Rashi, Bamidbar, 13:31). Their lack of faith was shared by the people, who cried all that night. They complained to Moshe and Aharon: “why did Hashem bring us to this land to fall by the sword? Our wives and our children will be captured!” (Bamidbar, 14:3). This pasuk suggests these complaints were made by the men. Their wives did not share their lack of faith; they were the women who believed in G-d, His salvation and the continuation of the Jewish people throughout exile in Egypt (Sotah 11b).

And Hashem punished them – they didn’t want to enter Eretz Yisrael, now they would not be allowed to. Their children would enter in their place (Bamidbar, 14:31). They would wander the desert for forty years until their generation had died out. That is, the men and not the women (Rashi, Bamidbar, 26:64). The women who loved the land, who did not doubt Hashem’s promise but maintained their faith in him – they would live to enter the land and live in it.

The spies were men: leaders, important, righteous men (Bamidbar, 13:2). But they were not best suited for the job. The women were. Sometimes it takes the daughters of Tzelafchad to make the best spies. This message is highly relevant to our communities today. Sometimes, for some jobs, we need to look in unexpected places to find the people with the necessary skills, passion and abilities to be successful.