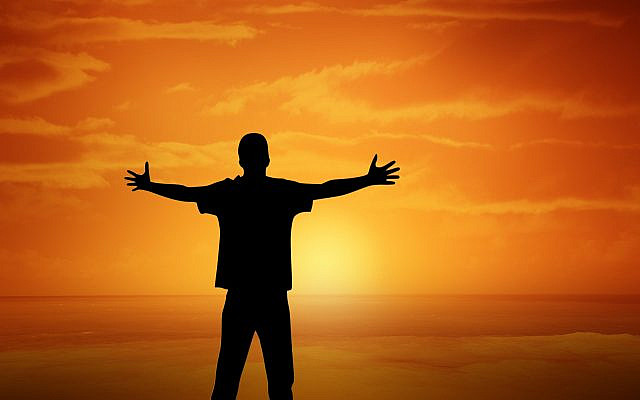 Life was meant to be lived. Every blink, breath, and movement is another opportunity to ensure that we don’t forsake the gift of life, to ensure that we live life as it was meant to be lived. But what, exactly, does that mean? While we can all experiment with and experience the journey of life, who can truly declare that they’re living life in all of its richness? In Parsha Vaetchanan, while Moshe Rabbeinu continues with his commencing speech to Bnei Yisrael, he shares a perspective-shifting insight into truly living life.

Nearing the end of the first aliyah, Moshe says, “And you who bond to the LORD your God are totally alive today” (Devarim 4:4). It is critical that Moshe Rabbeinu’s point is not simply a passing comment, but rather a profound understanding of Judaism.

As Rav Tzadok writes, “The purpose and main point of everything, and all that is intended in the entire Torah and 613 mitzvot (commandments), is to bond through them to the living God… all have a connection to this bond because a part of God is His people. This is a source of constant joy” (Resisei Layla 53). Essentially, the underlying purpose of every mitzvah, prayer, or lesson is to connect us to Hashem.

There is a very profound lesson that Rav Tzadok roots his claim in, as he wrote, “all have a connection to this bond because a part of God is His people.” Rabbi David Aaron excellently explains that each person’s truest essence is a soul. We don’t have a soul, rather we are a soul, a piece of Hashem. Using the Kabbalah’s characterization of this relationship, Rav Aaron says that, in an analogy, if Hashem were the sun, we would all be divine rays of His light; we are not Him, but we are a part of him. The implications of this idea indicate that every action, thought, or word in service of Hashem is not appealing to a foreign God Who is separate from ourselves and our world. In truth, every act of divine service is actually directed to the Soul of all souls, the Source of ourselves and all reality; we are a part of Hashem, and everything we do is purposed toward attaining greater clarity of this truth.

In Shenei Luchot HaBrit, the Shelah HaKaddosh writes, “The fulfilling of a commandment will bring about a deeper understanding of all the spiritual values associated with its performance; this, in turn, will deepen one’s attachment to G–d and Torah” (Torah Shebikhtav, Vayakhel-Pekudei, Torah Ohr 85). If we want to connect to Hashem, we need only get in touch with ourselves, and living a life of Torah and mitzvot is the way to do so.

Connecting to Hashem is allowing Him to be present in your life, to channel His goodness, justice, love, and vitality into your very being, whereby you become a shimmering lantern that shines His light into the world. It’s the feeling of total clarity: knowing who you are, what you need to do, and that you matter. When a person connects or bonds to Hashem in this way, they will experience life in its total grandeur, finding solace in every single moment, knowing that Hashem is with them in their unique divine mission, every step of the way.

Every person wants to live life to its fullest potential: to dream, achieve, grow, and make a difference in the world. Ultimately, the inherent desire to live life is found in the depths of our souls, and it’s a yearning to connect to Hashem and feel His presence in our lives, today.