The previous parshah ends with an entire chapter mentioning the “generations” or numerous descendants (negatives traits and lower passions represented by Esau, Edom, Seir) of Esau as a reminder of the numerous obstacles, perils and dangers that we have to conquer in order to possess and settle the Promised Land (the settling in the higher levels of consciousness and positive traits).

“And Jacob settled (vayeishev) in the land of his father’s sojourning, in the land of Canaan.” (Genesis 37:1). Vayeishev starts with the “generations” of Jacob, not as numerous descendants but with one – Joseph –, in sharp contrast with Esau’s: “These are the generations of Jacob. Joseph, being seventeen years old, was feeding the flock with his brothers, (…) and Joseph brought evil report of them unto their father.” (37:2). 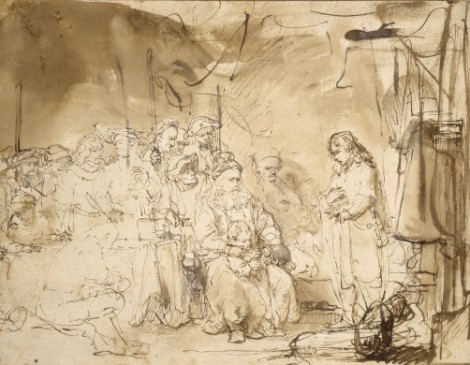 Our Sages again debate why only Joseph is mentioned, and we can understand it in the context of his spiritual prevalence. Among his brothers he represents the highest awareness of the Creator. Also Moses, Aaron the high priest with his descendants, and the Levites also embody this connection. Their mission is to spiritually guide and lead the rest of the tribes of Israel that represent the remaining levels of consciousness.

This is why Joseph felt compelled to “report” their behavior to his father Israel, whose endeavor is to raise the family and ultimately the people that would be chosen to proclaim the Oneness of the Creator among the nations.

Joseph was the chosen son to endure and overcome the harshness of negative traits and lower emotions and passions inflicted on him by the jealousy and hatred of his brothers, and by ego’s gross materialism represented by Egypt and Pharaoh: 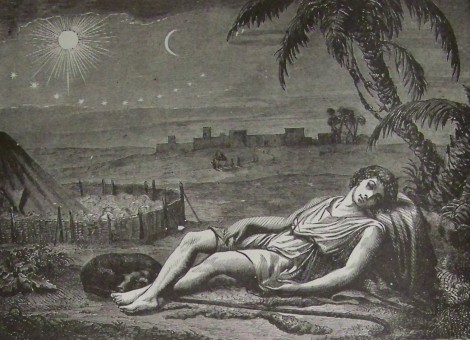 Among his brothers Joseph is the epitome of love’s ways and attributes because our awareness of love is what enables us to overcome the darkness of the lower aspects of our consciousness. In this sense Jacob (Israel) shares the same identity of Joseph as the transmuting fire that lights up darkness: “And the house of Jacob shall be fire, the house of Joseph shall be flame, and the house of Esau straw.” (Obadiah 1:18).

Mystic Sages teach that Joseph represents the foundation (HaYesod) that precedes the culmination of Creation (the sixth day of Creation), the foundation that supports the complete revelation of the Creator in the Seventh Day when His sovereignty (Malchut) is fully manifest. This is why the Shabbat is so sacred to Israel because in it we are united with the Creator (“Torah, Shabbat, Israel and God are One”).

As we mentioned countless times, God’s love is the foundation and sustenance of His Creation, as it is proclaimed: “The world is built on loving kindness. In the heavens You established Your faithfulness.” (Psalms 89:3). Love is the highest trait and quality of human consciousness, hence we have to care for love and foster love in all levels and dimensions of consciousness, as “Israel loved Joseph more than all his children”. Hence love must lead and guide all aspects of life as the vessels to be filled with its ways and attributes.

It is reaffirmed to Joseph in his dream as the heir of this blessing: “Behold, we were binding sheaves in the midst of the field; and behold, my sheaf arose and also stood upright; and behold, your sheaves encircled [it] and prostrated themselves to my sheaf.” (37:7).

“And he said to him: ‘Go now, see whether it is well with your brothers, and well with the flock; and bring me back word’.” (37:14). Jacob commands Joseph not just to look after the well being of his brothers but also after the possessions of their father, and Joseph obeyed only to find betrayal and potential death. 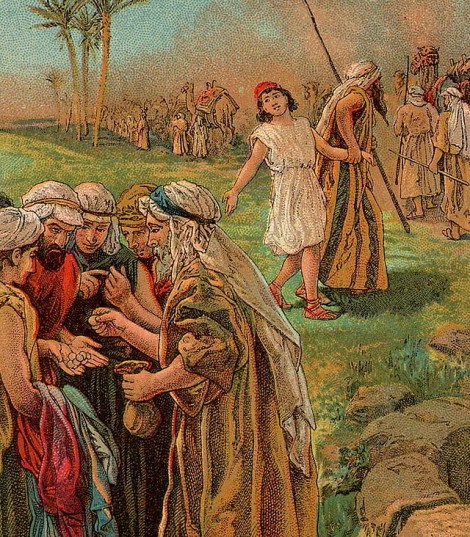 This is the fate of Israel as the light for the nations, the fate of love before the darkness of negative illusions in the material world; and love always prevails because love transcends all illusions:

We have to trust God’s love because He is the Creator who sustains us and nothing else. When we forget this as Joseph did once, we also remain in the prison of ego’s fantasies and illusions that never stop keeping us away from the awareness of love’s ways and attributes; the illusions that will never redeem us from our ordeals. Love indeed sustains our illusions but they never sustain love.

The end of this parshah illustrates this reality: “But remember me when things go well with you, and please do me a favor and mention me to Pharaoh, and you will get me out of this house.”, “but the chief cup bearer did not remember Joseph, and he forgot him.” (40: 14, 23).

King David reminds us many times to trust only our Father: “Fortunate is the man who places his trust in God, and does not turn to the arrogant (ego’s fantasies and illusions).”, “O Lord of multitudes, happy is the man that trusts in You.” (Psalms 40:5, 84:13).

Jacob and Joseph represent love as the fire and flame that transmute envy, jealousy, anger, pride, selfishness, and negative expressions of human consciousness, all derived from ego’s feelings of lack. These are all illusions, the “straw” of the House of Esau. It is through love, the truth that Joseph and Jacob embodied, that we overcome darkness; as it is fire the catalyst to transform a lower, unaccomplished state into a higher and accomplished being.

Love is the forging, building and lifting fire, the flame that elevates us to our Creator. Being and manifesting love as our essence and true identity are the catalyst to become one with God’s love.