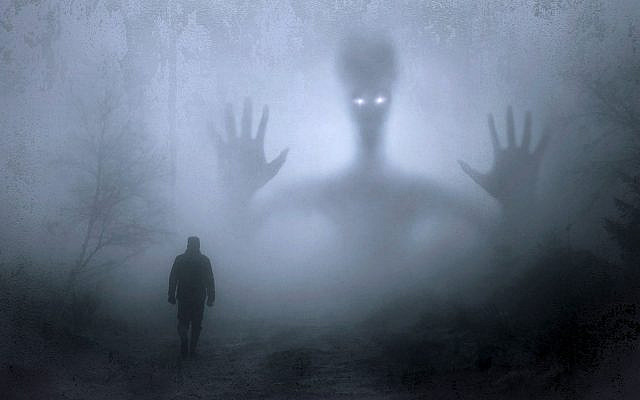 Fear is not a pleasant emotion. Definitionally, Oxford Language says, fear is an “unpleasant emotion” that emerges from the belief that something is “dangerous, likely to cause pain, or a threat.” So how messed up must it seem to us that Hashem wants our relationship defined by angst, caution, and impending danger. Yet, this is what we often say, understanding the common term yirat shamayim to be “fear of heaven.” The natural question, then, is that if fear is not what Hashem wants, nor is it what the term actually means, then what is yirah?

Parshat Vayeitze leads us into an answer. After Yaakov fled from his home, he finds a “certain place” to sleep. Then, he dreams of angels ascending and descending a ladder connected to the heavens, while Hashem promised to stay with him and his ancestors. The Torah afterward tells us: “Yaakov awoke from his sleep and said, ‘Surely Hashem is present in this place, and I did not know.’ And he was frightened, and he said, ‘How awesome is this place! This is none other than the house of Elokim, and that is the gateway to heaven’” (Bereishis 28:16-17). Yaakov’s reaction is of primary importance, but the entire event must first be explored.

This was no ordinary dream that Yaakov had, as per Rambam in his introduction to Moreh Nevukhim, rather it was a prophetic experience. In Nefesh HaChaim, Rav Chaim of Volozhin explains that this place was one in which Hashem’s presence was readily available. He explains that our perception of Hashem is what determines whether we “experience” Him in our lives, and different locations can influence our receptibility in that sense. These ideas provide the context for Yaakov’s dream and explain why it was triggered. He, someone who is already very God-conscious, entered a holy place where God-consciousness is especially attainable, and he subsequently had a prophetic experience in his sleep.

This is why, after Yaakov awoke, the pasuk (verse) says vayirah — he experienced yirah. Above, it’s translated as “and he was frightened,” but we will narrow in on a more precise definition for this term. Yaakov’s immediate reaction is a mix of surprise and disappointment: “Surely Hashem is present in this place, and I did not know.” The realization that this location, which he nonchalantly stopped to rest at, was a holy place pointed Yaakov to his blind spot. Then, he feels yirah and exclaims that said place is “awesome,” noting that it is the house of Hashem and a gateway to the heavens. This experience is one of awe and awareness: one of yirah.

In Talelei Chaim Chanukah, the Chalban articulates yirah to be this very thing. “Yirat shamayim,” he writes, “is the recognition of the Blessed One’s existence, to recognize that He is the Root of all and the Source of all … For if Hashem’s light were seen by the intangible eye, they could not deny His existence and that He is the Owner and the Root of all” (44). In Yaakov’s case, upon learning the true nature of this location, he had immense clarity and awareness of Hashem’s existence. At that point, all he could feel was awe — the feeling of overwhelming wonder of and reverence for Hashem.

Hashem does not want our fear; he wants our awe and our awareness. The goal is living a life more aligned, connected, and receptive to the Divine, and without proper God-consciousness, that’s not possible. Our relationship with Hashem is built upon this foundation: the understanding that Hashem is always with us, always “in this place.”