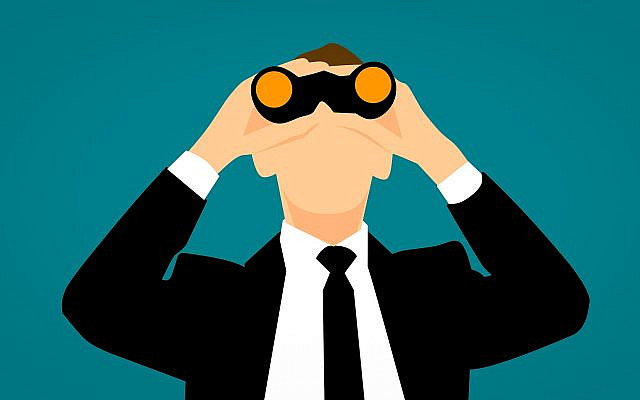 The first breath of air after lurching up from the bottom of a pool is extraordinary. In a moment, the lungs’ constriction and tightness is released, the tension defused, all because of the body’s momentary exposure to oxygen. This is like life. After weeks or months — or even years — engulfed in a certain activity or lifestyle, a deep discomfort can build up from within a person, birthing immense pain, albeit existentially. Yet, just like with the pool, all it takes is for one epiphany, gone in a moment, to bring the same relief as does that pocket of air.

Those moments are savored by those who need them. Filled with sudden questions relating to life, philosophy, and the like, some people feel themselves desperately needing answers and clarity — about themselves, the world, God. This is most commonly known as “mid-life crises,” and today, it’s not exactly a rarity to hear about or experience yourself. Yet, when we read the Torah, its stories, and its accounts, we often don’t find anything of the sort among our ancestors. In Parshat Vayelech, however, the Torah tells us why that is, and it offers another look at this altogether. At one point in this parsha, Hashem speaks to Moshe Rabbeinu about a future time when Bnei Yisrael will turn away from Him and break the Jewish covenant. As a result, Hashem says, “I will thoroughly hide my face on that day because of all the evil that they did in turning to other gods” (Devarim 31:18). This change, known as hester panim, is one in which Hashem is not readily found, when life feels devoid of His presence, attention, and love. It’s something many people feel today.

Rebbe Nachman of Breslov expands on this idea. He explains in Likutei Moharan that Hashem will “conceal the concealment,” making even the fact of His absence something that is hidden from people. As a result, the entire situation will be cloaked in the unknown, and people will not even be aware of the need to search for Him (56:3). This, then, explains the blindfold that renders people oblivious to the lack in their lives; many don’t have the vocabulary to identify it, but simply put, they miss Hashem.

This seems, at best, discouraging and, at worst, hopeless. But Rebbe Nachman shares something else that shifts that view. He explains that, even though Hashem is so greatly concealed, He is still with us. The essence of everything in life is made up of Hashem, and our entire lives, therefore, are still just as interactive with Hashem. The difference is only in our experience of them.

The Alter Rebbe writes this very idea in the first part of his seminal work, Tanya. He writes with the analogy of one who embraces a king, hugging him tightly while the king dons many levels of his robes. Despite the many layers between them, the Alter Rebbe says, that person is still hugging the king. In this way, we can see how his idea and Rebbe Nachman’s coalesce. Although Hashem is hidden from the world — meaning He is less easily seen, heard, felt, and experienced than He used to be — He is still here. That’s where the onus falls on us to continue searching for Him.

Life can become so overwhelming and overburdening that it diverts our soul from seeking its Source. Those emergences from the heavy waters of the world are Hashem giving us a glimpse of His presence — a hint to the truth of ourselves and existence. It’s what calls our souls to want and strive for more. If we seek, we will find. Hashem is here, and now, He’s just waiting for us.