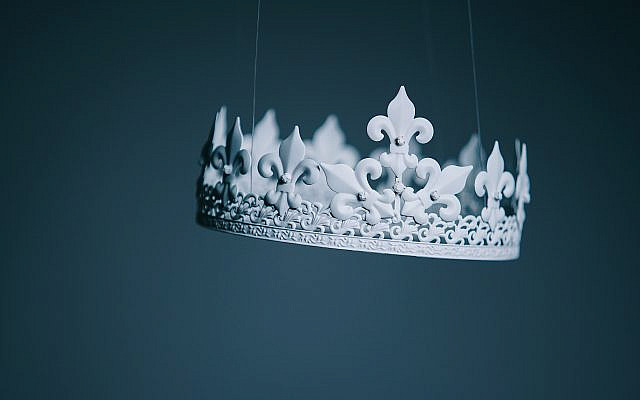 This parsha opens with a climactic encounter between two brothers: Yosef and Yehudah. Binyamin has just been accused of stealing Yosef’s cup. Yosef, unrecognised by his brothers, threatened to keep Binyamin in Egypt as a slave. Yehudah, who gave Yaakov his word that they would not return without Binyamin, prepares to argue with Yosef. The first pasuk of the parsha is “Yehudah drew near to [Yosef]” (Bereishit, 44:18). The midrash comments on this pasuk that the brother said “kings are negotiating with each other” (Bereishit Rabbah, 93:2) and did not get involved in the discussion. We know that it is Yehudah, not Yosef, who was destined to be the tribe of kings.

We know that, in next week’s parsha, Yaakov will bless Yehudah and tell him “the sons of your father will bow down to you” (Bereishit, 49:8), indicating his tribe would produce kings. We know that David Hamelech was from the tribe of Yehudah. But, at this point in the narrative, it is difficult to see Yehudah as a leader. What has he done so far? Suggested to his brothers that they sell Yosef as a slave (Bereishit, 37:26). Sinned in the way he treated Tamar (Bereishit, 38). “Descended in greatness from amongst his brothers” (Rashi, Bereishit, 38:1). This does not seem like the behaviour or qualities of a king. In contrast, it seems like Yosef is more fitting to be the tribe of kings. At this point in the story, he is king – as Yehudah himself acknowledges, “who is like you, like Pharoe?” (Bereishit, 44:18). Yosef has shown hard work (Bereishit, 39:2) and self-control (Bereishit, 39:9) in Potiphar’s house, he has done his hishtadlut by asking the butler to remember him (Bereishit, 40:14), he has constantly remembered Hashem is with him (Bereishit, 41:16), he has shown political and economic savvy (Bereishit, 41:33-37). Surely it is Yosef who appears to be the more fitting king. And yet, at this point, when Yehudah approaches Yosef to beg for Binyamin’s sake, the midrash equates Yosef and Yehudah as kings. Equally. Why?

Let’s go back to the initial rivalry between Yosef and his brothers. The pasuk tells us that Yosef went “to their father with bad words” about his brothers (Bereishit, 37:2). Rashi explains that Yosef told Yaakov his brothers were acting in a way they shouldn’t have been, including being involved in immorality. The Siftei Chachamim, commenting on Rashi, asks how the sons of Yaakov and forefathers of the entire Jewish nation could have done what Yosef accused them of. The answer given is that Yosef and his brothers simply had a different philosophy about their role in the world. Yosef believed that the shevatim had the status of Noachides; his brothers believed that they had the status of Jews. Therefore, they behaved differently, each in line with what they believed their role within this world was. This difference in philosophy led to the brothers selling Yosef. Yet, in this week’s parsha, Yehudah shows that he is willing to give up everything – including his role within the world by becoming a slave – in order to save his brother: “please let your servant [i.e. Yehudah] remain as a slave to my master, instead of the boy” (Bereishit, 44:33). This action, this single line, exemplifies two characteristics of leadership.

The first is sacrifice. Chazal tell us that Yehudah merited to become king because of his humility (Tosefta, Berachot, 4:17-18). Here, Yehudah shows he understands that sometimes humility, submission and sacrifice are needed. The midrash tells us that the word “to draw near” has three connotations – to fight, to reconcile or to supplicate. Which one did Yehudah intend when he “drew near” to Yosef? The midrash answers that he intended whatever Yosef wanted (Midrash Tanchuma, Bereishit, 44:18:1). His philosophy about how to handle the situation was made secondary. His aim was to save Binyamin; his own pride and beliefs were secondary to that.

Secondly, this episode shows the importance of repentance. According to Rambam, complete repentance is only possible when one is in the same situation in which he has sinned before, and he does not sin (Mishneh Torah, Hilchot Teshuva, 2:1). This is Yehudah. He is in the same situation as he has been before, with the opportunity to sell a brother as a slave. But instead of letting philosophical differences cloud his judgement, in this case he is ready to sacrifice his philosophy in order to save his brother. The Talmud tells us that “where penitents stand, even the completely righteous cannot stand” (Berachot, 34b). Yehudah, the penitent, who has sinned and learnt from his mistakes, can stand in a place where Yosef HaTzaddik cannot. It is Yehudah who, at this moment, is given the title of “melech”. It is Yehudah who, in next week’s parsha, will be blessed by his father to become a tribe of kings. And it is the descendants of Yehudah who will be kings of Israel in the future.