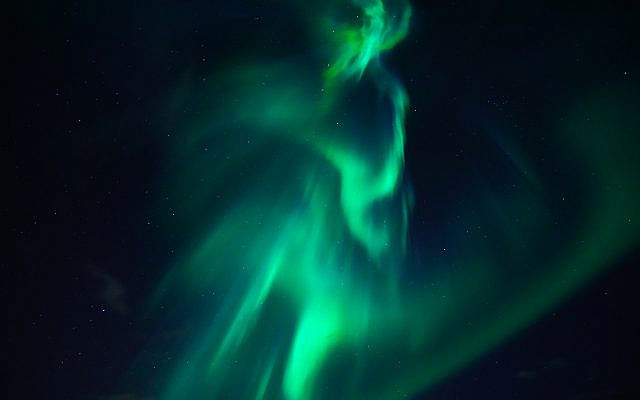 In the future, do you think Gehenim — colloquially translated as “hell” — will exist? If you asked Rabbi Shimon ben Lakish, he would say no.

As Masechet Avodah Zarah tells us, “Rabbi Shimon ben Lakish said: There is no Gehenim in the future to come, rather the Holy One, blessed be He, removes the sun from its sheath and heats [the world]; the wicked will be punished by it, but the righteous will be healed by it” (3b). At first glance, this sounds quite strange. How do we understand what Rabbi Shimon means? In order to do so, we need to take a thoughtful approach to his statement.

There are three important points that immediately stand out from Rabbi Shimon’s words: Gehenim will not exist; the sun will replace it; the sun will be pleasant to the good and painful to the bad. Focusing specifically on the role and meaning of the sun, we can understand how its function is a sufficient replacement for Gehenim and how it could create two different effects depending on a person’s nature.

In Tehillim, Dovid HaMelech writes, “For Hashem Elokim is sun and shield” (84:12). In Tanya, Rabbi Shneur Zalman of Liadi provides insight on the idea of Hashem as the sun. Before the world was created, he explains, all that existed was Hashem, completely filling every dimension and space of the reality He created. This is the “light” of Hashem, the awareness of His existence, manifestation, and love. If we saw it in its totality, we would completely lose our existence, as Hashem says, “man may not see Me and live” (Shemos 33:20). Thus, in order to make room for people to exist as free-willed beings, Hashem “turned down the light” in reality. In this way, He shields us from His overwhelming presence (Part One, 36). Using this idea, we can make sense of Rabbi Shimon’s words.

Have you ever walked into the sunlight after being immersed in a room of darkness? The light pierces your eyes and almost automatically makes you wince, shielding your eyes from its harsh rays. Yet, while you may be ducking your head, another person is basking in the sunshine as it washes their face. Hashem is, so to speak, the sun. For the righteous who lived goodness, justice, truth, and other godly values in their lives, Hashem’s presence is a sigh of infinite comfort. In contrast, those who tucked their heads into the darkness, away from His light, will cower from the pain of adjusting to His light.

This is the context needed to understand one pasuk in Parshat Vayishlach. As Yaakov leaves his battle with an angel as the victor, the Torah says, “Yaakov named the place Peniel because ‘I have seen a divine being face-to-face, and my soul was saved.’ The sun rose upon him as he passed Penuel, limping on his hip” (Bereishis 32:31). Yaakov looked very closely into Hashem’s light, and his soul was protected. This is why Rebbe Nachman of Breslov says he is the aspect of “expanded consciousness,” capable of great awareness of Hashem.

There will come a time in our lives where we need to face the light. This light is the ultimate truth, the undeniable reality that will show us who were, who we became, and who we could have been. Hashem’s light can be a blessing or a burden, pleasure or pain. The experience we find will depend on who we choose to be — whether we can see Hashem face-to-face.