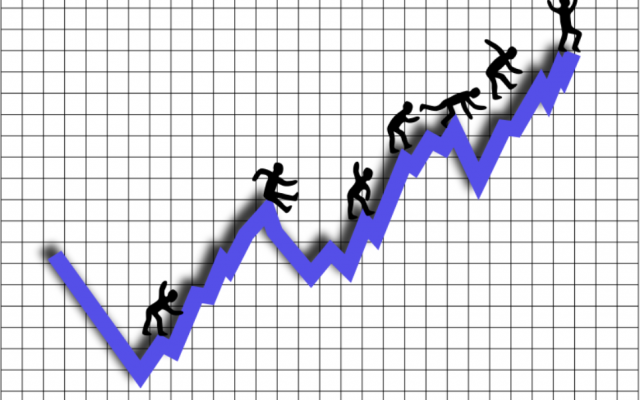 Moshe Rabbeinu’s story in the Torah is one filled with the triumphs of his successes and the drama of his struggles. As Bnei Yisrael’s greatest leader, a navi (prophet) of such undimmed, moral clarity, Moshe Rabbeinu can only be marveled at. Yet, in V’zot HaBracha, when we read about the final moments before his death when Hashem confirms that He will never go into Eretz Yisrael, we may get the impression that Moshe’s life ended in tragedy, left with an unfulfilled dream. This, however, would be deeply mistaken.

In the pasuk (verse) before the Moshe dies, the Torah recounts: “And the LORD said to him, ‘This is the land of which I swore to Abraham, Isaac, and Jacob, ‘I will assign it to your offspring.’ I have let you see it with your own eyes, but you shall not cross there’” (Devarim 34:4). This is the pinnacle of Moshe’s time as a leader, finally gaining a glimpse at the land promised to his ancestors, the land he’s been leading Bnei Yisrael to for so many years. Nevertheless, Hashem tells him, “but you shall not cross there.”

Naturally, many would see Moshe’s life as one of failure and misery: stuck trudging through the desert with a nation that complains and bickers, only to fall short of making it into Eretz Yisrael. What could be more tragic than that? Rabbi David Aaron first introduced me to this idea, and its implications are significant.

Rav Aaron explained that, viewing Moshe’s life through the prism of our own societal and cultural norms, he had a goal, and he didn’t reach it; therefore, he failed. However, Judaism does not subscribe to such a notion. According to the Torah, the products of one’s actions and efforts are not necessarily a measure of success. Rather, it’s through the relative growth and journey of each individual person that we find a more meaningful indication.

Practically, if one scored a B- on an exam, the time, focus, and energy invested into preparing are not considered; you scored what you scored. From a Torah-perspective, if that student put in the serious time and discipline to get that score, then that may be a success after all.

Essentially, we as people are perfect by virtue of our ability to become perfect. We’re able to strive for greater heights in our intellect, morality, kindness, Torah study, mitzvot, and everything in between. It is through this reality that we complement, so to speak, Hashem’s limitless perfection. Our dynamic growth is a treasure we too often minimize.

Rav Kook writes in his Ein Aya, “A wise person understands that each and every step has a profound effect of bringing one to a greater level perfection. This person knows that the very journey of reaching perfection should be valued and treasured… When one realizes that being totally perfect is unattainable, one can finally understand that one’s true greatness is found in the holy journey of constantly becoming just a little bit better” (Berachot 2, p. 33).[1]

There is nothing tragic about Moshe Rabbeinu’s story. He is the paradigm of perfect growth, valuing every moment of his life with his God and his people. Rav Kook and Rav Aaron show us that when we measure our success and happiness in terms of quantifiable results, we curse ourselves with misperception. The beauty of our humanity is found during our times of growth, the journey of who we’re becoming. In truth, the greatest tragedy of all is not realizing that.

[1] As translated by Rabbi Ari Ze’ev Schwartz in “The Spiritual Revolution of Rav Kook,” p. 54