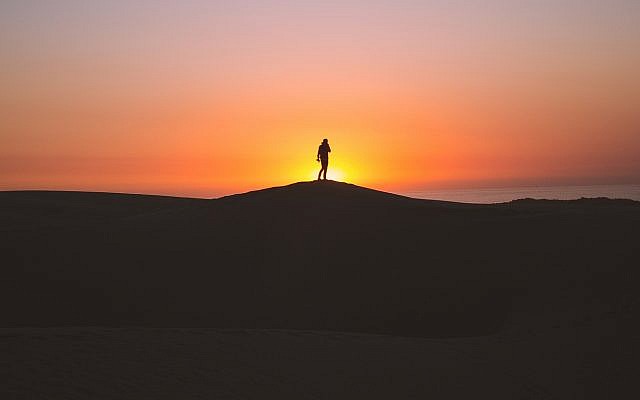 Stage 1: Faith in the Redemption

As explained in the previous post, Torah study on the redemption and the Mashiach fosters progress toward bringing the redemption on five levels. The first of these levels is faith in Mashiach.

When we study about the redemption and the Mashiach, we strengthen our faith in his coming. Every Jew believes that the Mashiach will come. Sometimes, however, this faith is tucked away in the person’s unconscious, and he does not sense it in any tangible way. In order for faith to be significant in a person’s life, it has to be internalized in his consciousness, being transformed from an intangible faith that hovers above him to concrete and perceptible knowledge.

There is a reason why so many people have relegated their faith in Mashiach to an elusive corner of their unconscious. The distancing of faith in Mashiach from our conscious knowledge stems from the death and historical failure of the leaders of Israel and the nations in past generations who claimed to be messiahs and redeemers of the world. The disappointments of the past and the fear of additional disappointment cause people to distance themselves from faith in Mashiach, driving the enduring point of faith in their hearts to a safe and unthreatening haven in the unconscious.

Moses is the figure charged with strengthening our faith in the God of Israel and guiding us so that we may internalize God’s Torah. Moses is called “the faithful shepherd –” the leader who nourishes his holy flock with internal and conscious faith in God. The faith in the coming of the Mashiach and its transformation to conscious knowledge is also dependant on Moses (and on the Moses of every generation). This is accomplished by studying about the redemption and the Mashiach in the Torah of Moses, and in the teachings of the Moses of every generation.

If a person does not learn about the redemption and Mashiach, his faith in the Mashiach is vague. He believes that the Mashiach will come sometime, but does not consider this to be a realistic scenario in his life. Only when a person studies these topics and makes them a part of his reality will he create the feeling that will allow him to believe and expect that the redemption can actually take place today. When it stands alone, however, faith will cause one to feel that the Mashiach can come today, but that it is not a personal imperative. One who has activated faith alone is willing to wait. His strong faith will not be tainted if the Mashiach comes at a later point.

Stage 2: The Will to Make Mashiach a Reality

This is the point where the second stage, the will to bring Mashiach, must be activated. When a person studies about the redemption and internalizes his study, he senses and sees the redemption from far. This awakens in him a strong desire and longing to actually experience the redemption and the Messianic reality.

One of the grievances strongly expressed by the Rebbe in his discourse on the 28th of Nissan (when he urged every individual to do his utmost to bring the Mashiach) was that although people loudly proclaim “ad mosai” (“Until when” will we be in exile) and pray for the redemption – they do so without full personal identification with the depths of pain caused by the fact that the Mashiach is not yet here. If everyone would cry out because they truly desire the Mashiach, the Rebbe continued, their prayers would have affected reality, and the Mashiach would have come long ago.

To truly desire something, however, one must have at least a general understanding of the desired goal. If a person does not know what the redemption is all about, he cannot have a true desire to make it happen and cannot truthfully pray for it to become reality. When we learn about the redemption, we awaken a true desire for Mashiach and an internal commitment to bring him without delay. This desire causes one to feel that he is personally responsible to do his utmost to bring the Mashiach, and not to wait for the process to occur “whenever,” as is the case with the person who has activated faith alone. The person then becomes a “soldier” ready and willing to act upon the appeal of the Rebbe to “do everything you can to bring Mashiach immediately and without delay.” When a person identifies fully with the will of the Rebbe to bring the redemption, he no longer needs to be motivated by the Rebbe’s call to action. The Rebbe’s appeal becomes his personal directive, giving him actual strength to act on his will and to do his utmost to achieve his goal.

Photo by Elijah Hiett on Unsplash