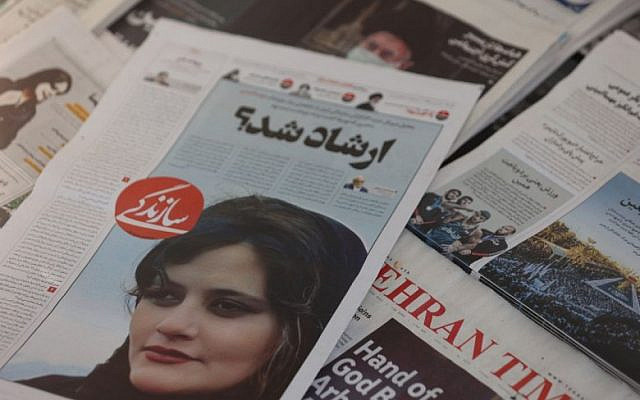 A newspaper with a cover picture of Mahsa Amini, a woman who died after being arrested by the Islamic republic's "morality police" is seen in Tehran, Iran September 18, 2022. Majid Asgaripour/WANA (West Asia News Agency)

The President of Parti Azadi Kurdistan (PAK) and General Commander of the Kurdistan National Army Hussein Yazdanpana appeals to the United Nations, the United States, European countries, and those concerned about human rights violations to urgently rescue the Kurds in Rojhalat who are currently being suppressed in demonstrations. This comes as Zhina Amini, a Kurdish girl, was tortured to death, prompting Kurdish cities to go on strike today. The international community should not choose to remain silent and still. It is their responsibility to rescue Kurdish civilians who have been violated by Basij and IRGC forces during the protests.

Thousands took to the streets in several Kurdish cities Sunday to protest the death of a young woman in religious police custody that has shaken the Kurdish nation.

In Sanandaj, capital of eastern Kurdistan, and Saqqez, a city of around 170,000 in the same province, thousands took to the streets for a second night. Protesters in Sanandaj chanted “Kordestan, Graveyard of Fascists” and “Down with the Dictator”, in Kurdish and Persian.

The 22-year-old Mahsa Amini, known as Zhina to family, originally from Saqqez, collapsed at a detention center two hours after her arrest by a hijab police patrol in Tehran. She passed away Friday afternoon at Kasra Hospital in northern Tehran. Hospital staff told Iran media that she was brought in near death in a coma with what appeared to have been multiple blows to her head.

According to some reports, nearly 40 protesters in Saqqez Saturday evening were wounded by security forces who used shotguns and tear gas against protesters with at least two young men in critical condition. While on social media many kurdish female protesters have been removing their headscarves in defiance of compulsory hijab and some women have posted photos and videos on social media showing them cutting their own hairor burning their headscarves. 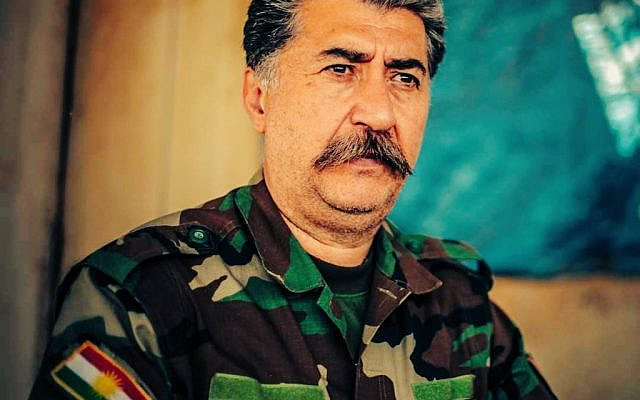 Protests in eastern Kurdistan- occupied by Iran over the death in custody of a young Kurdish woman entered a third day on Monday, as a commander claimed police had been the subject of “cowardly accusations”.

Protesters threw rocks at security forces in the town of Divandarreh in Kurdistan, a video posted on Twitter by Kurdish rights group Hengaw showed. A widely followed Iranian Twitter account that focuses on protests in Iran said shopkeepers had gone on strike in Kurdish cities.

In light of these events, General Yazdapanah calls on the international community not to remain silent and still. He points out it’s their responsibility to rescue Kurdish civilians who have been violated by Basij and IRGC forces during the protests.