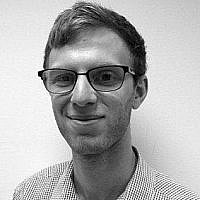 The Blogs
Reuben Berman
Apply for a Blog
Advertisement
Please note that the posts on The Blogs are contributed by third parties. The opinions, facts and any media content in them are presented solely by the authors, and neither The Times of Israel nor its partners assume any responsibility for them. Please contact us in case of abuse. In case of abuse,
Report this post.

On the eve of World War II, the future of the Jewish State was at a critical junction. The British government had issued the White Paper, which cut off Jewish immigration to Mandate Palestine at a time when it was most critical. However, Great Britain was now locked in a mortal struggle with Nazi Germany, an existential threat to the Jewish people both in Palestine and across the world.

David Ben-Gurion, then head of the Jewish Agency and later the first Prime Minster of Israel, was seemingly forced to choose to support one of two evils, but he found a third option. On September 12th, just days after the beginning of World War II, he said, “We shall fight the War as if there was no White Paper and the White Paper as if there was no War.” Following his example, Jews in Palestine fought with the British Army against the Nazis and their allies (that’s how Moshe Dayan lost his eye) and also upped their efforts to defy the British blockade and bring Jews into Palestine. They were guided by the principle that they could simultaneously achieve both of their goals.

The need to achieve two seemingly irreconcilable goals has never been a foreign concept in Israel. Currently, one of the many dichotomies facing Israel, and some of those who support Israel, is the need to oppose elements of Israel’s policies, on the one hand, and the need to defend Israel from those who work towards its destruction, on the other hand.

While the war was raging in Gaza this summer, abroad, numerous protests took place denouncing Israel’s actions. While there was a great deal to protest against, there were also many troubling signs coming from within these protests. Jews in Europe were once again coming under threat as protests against Israel quickly turned into anti-Semitic riots. The BDS (Boycott, Divestment, and Sanctions) movement gained strength, as more organizations and people became convinced that the way to criticize Israel was to join with a movement that, at its core, believes that Israel has no right to exist. In addition, there was talk of the end of the “Two-State Solution,” and some were calling for a bi-national state to be imposed, which would end the reality of Israel serving as both a democratic state and the nation-state of the Jewish people. Very quickly, many of those who had legitimate criticism of Israeli policy saw the discourse hijacked by those who desire to see Israel destroyed.

The Reut Institute, where I work, spent years deeply committed to combating the delegitimization of Israel. Following this summer’s events, we saw a dramatic escalation of delegitimization rhetoric entering the mainstream discourse about Israel. Thus, we launched the Israel Legitimacy Hackathon, which aims to combat delegitimization by creating new technological tools. These will assist activists on the front lines by strengthening their networks and helping them to overcome their numerical disadvantage.

Conservative or liberal makes no difference; the willingness to stand for Israel’s right to exist is the only litmus test for participation, and all political perspectives are welcome to join in a unified dialogue about how best to achieve these goals. After all, the defense of Israel’s right to exist is not a right-wing issue or a left-wing talking point, but a project that every Zionist must, by definition, support.

It is most certainly true that this hackathon is not going to solve all of Israel’s problems. It will not put an end to the practice of building settlements, which poses a direct challenge to the ability to create a separation between Israel and the Palestinians in the framework of a Two-State Solution. It will not solve Israel’s income disparity, its beleaguered education system, or government corruption. Israel does not have one single issue that troubles it, but a whole host that need to be handled.

Thus, there is no contradiction in fighting against the expansion of settlements in the West Bank and combating those who claim that Israel has no right to exist. Both projects, and many more, are integral to safeguarding the Jewish State and the Jewish people. We, as supporters of the Jewish State and heirs to Ben-Gurion, must find the middle ground and simultaneously devote ourselves to the numerous causes that will help Israel survive and thrive.

About the Author
Reuben Berman is currently working at the Reut Institute in Tel Aviv as a member of the Steinhardt Israel Interns Program, and is a recent graduate of Columbia University and the Jewish Theological Seminary.
Related Topics
Related Posts
Comments