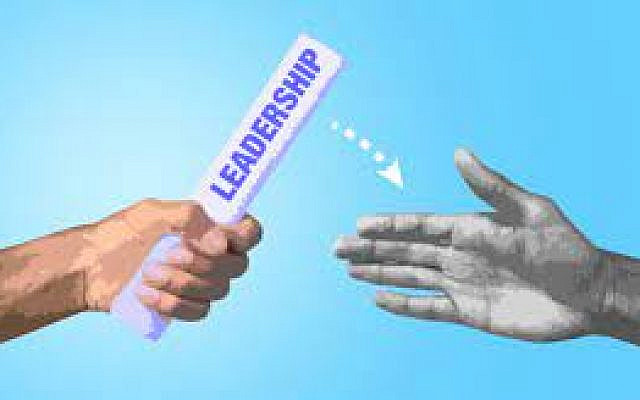 About a dozen years ago, a group of residents in our Orthodox community in Stamford began a community growth initiative, in order to attract more young families to relocate here.

We felt we had all the trappings that young families were looking for — two Modern Orthodox shuls … an award-winning day school … an eruv … a mikveh … several kosher eateries.  Our problem was that most folks thought Stamford, CT, was somewhere near Boston, even though it was actually closer to midtown Manhattan than many Orthodox communities in Long Island and New Jersey.

Well, it took several years, but we finally were successful in getting our message across.  And in the last five years, things have exploded, as more than 150 young families have relocated to the Stamford community.

We are no longer actively marketing the community — word of mouth has replaced any recruiting efforts required (although if you’d like to learn more, I can’t pass up some free advertising … you can always visit checkoutstamford.com for more information about living here).

But now we have a new challenge — convincing the dozens and dozens of new families to remain in the community, and take on the mantle of leadership that the folks who are now in their 60s, 70s and 80s have assumed for many decades.

I’ve read that the younger generation generally does not like getting involved in Jewish organizational life, and shies away from taking leadership positions.  I’ve heard that they often just come to shul for kiddush and socializing … and that work and family responsibilities prevent them from volunteering for programs. (By the way, I’m defining “young” as under 40 years old … although as I myself grow older, the age cutoff for being young has definitely increased, at least in my mind!)

Sometimes what you read and hear, though, isn’t always actually fact.  And based on what I have witnessed in the Stamford community over the last couple of years, I can most assuredly tell you that these generalizations about young Orthodox families are simply not true.

About two years ago, the chairperson of our eruv committee at the time announced he was moving to Silver Spring, MD, to be closer to his children.  For more than 25 years, he made sure that our eruv was operational, supervising a small group of other volunteers who checked the eruv weekly.  I approached three young individuals who had recently moved to the community, and asked if they would be willing to spearhead a new group of volunteers to manage our eruv.  They quickly agreed — and it’s been running flawlessly ever since.

Last month our local Chevra Kadisha was scheduled to have elections of new board members.  It was time to replace three of the seven board members who were getting older.  I was on the nominating committee, and felt this was a perfect opportunity to get a few of our younger members involved in this important community organization.  I targeted three individuals who I thought would be good board members — and all three immediately said yes.

Several years ago, our community built a brand new state-of-the-art mikveh.  Three women who had lived in the community for decades spearheaded the fundraising, and ran operations for the first couple of years.  Today there are two young women who have volunteered to co-chair the mikveh association (one of them is the daughter of our mikveh lady!).

The makeup of our shul boards has changed dramatically in the past couple of years, too, with more and more of the young family members taking on increasing responsibilities in running our synagogues and the programs they sponsor.  Our day school, too, is no longer being run by the old guard, as many new parents at the school have jumped at the opportunity to get more involved in the important decision-making about their children’s education.

Faced with the challenge of finding multiple ba’alei tefila during the Yamim Noraim last year for the plethora of smaller minyanim we organized, we asked several young men to lead the services, even though they had never done it before.  Several of them stepped up to the bima, and helped lead beautiful tefilot.

Learning?  I’ve heard that those in the younger demographic don’t attend classes.  Maybe in other communities, but not in Stamford.  Rabbi Eli Kohl at the Young Israel of Stamford leads a “lager and learning” class which is popular with the younger set – it moved from our kosher bistro to Zoom last year, but the alcohol and Torah has continued to flow.  And the new assistant rabbi at Congregation Agudath Sholom, Rabbi Moshe Kurtz, has convinced more than a dozen twenty- and thirty-somethings to devote Thursday night to a chabura learning program.

One difference I’ve noticed.  Based on my experience in our community, I have found that many of those in the younger demographic will be more choosy about what projects they will volunteer to get involved in.  Unlike many of the individuals in my generation, who felt a sense of duty to volunteer for their shul and day school without asking questions, the younger folks desire transparency about the organizations they volunteer for, and want clear direction about the goals and objectives of the projects they work on.  And that’s not a bad thing.

I don’t know if others my age are seeing the same thing in their communities.  In Stamford, we are passing the torch to a new generation – and the future indeed looks very bright.