1961 was a very good year in my family living in the small city of Jerusalem. Especially to my father. One stormy winter afternoon in Jerusalem, he called my mom and myself to come down with him. I was 4 years old, but I remember this day quite clearly. He had the happiest smile ever and was holding a key I had never seen before. When he used it to open a small shining new car, I understood the celebration. For the first time in his life my father owned a car. It was the Fiat 600, with a rear-engine two-door, opened from the wheel side backwards. Luggage was stored in the front. He strongly believed in Fiat as a leading brand and a few years later additional saved money was used for a promotion. The Fiat 850, with a small rear-engine and a rear-wheel-drive in dark grey color was purchased. A few years later, a newer model of the Fiat 850, with a white color,  became our new family car. 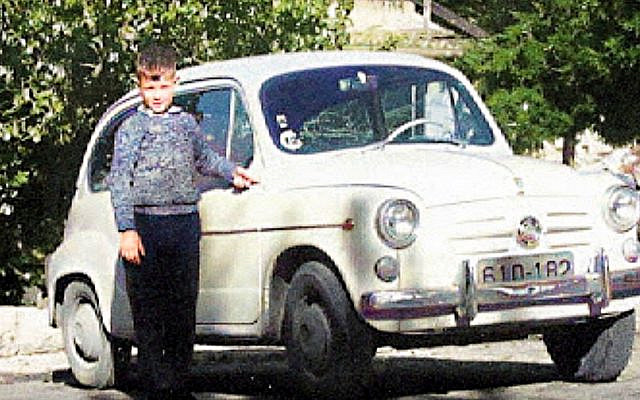 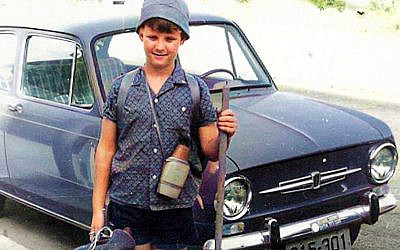 On a the way to an elementary school trip, ready for my fathers ride in the Fiat 850(photo by Motti Verses)

Little did I know at those days. All I knew is that Fiat is a legend, a member of our small happy united family. In those days Italy was a far map only country, with a booth shape. Over the years I associated Torino with Juventus football club. But I never visited it. I did not in any other way even know the Fiat factory was located in this city. When I thought it’s time to visit Aosta valley, An opportunity on my to-do list, I felt the time had come for Torino.

A conversation with the charming Lucio Bertoncello Brotto, the General Manager of the Doubletree Turin hotel suddenly opened a sense in my past.“I don’t know if you are aware Motti , but our hotel is a part of a very famous conversion of the old factory of Fiat, named Lingotto. Conversion made by Renzo Piano, the famous archistar who designed the Shard in London, the Pompidou Centre in Paris and many other famous buildings all around the world. Here you will find many attractions to take pictures or videos”, he said.  At that moment I knew his hotel would be my home during this trip. 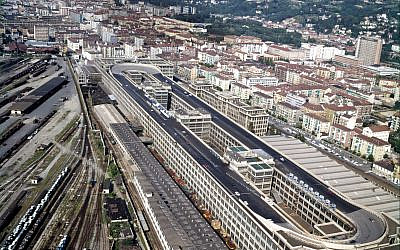 Fiat Lingotto factory in its prime time in 1967, with the roof car track (photo by Centro Storico FIAT)

Who doesn’t want to live in a hotel that was once the shrine of the automobile industry? I certainly wanted to. And the story is indeed fascinating. Checking in the hotel, no smell of engine oil or steel was up in the air. I inhaled the pleasant ambiance of a pampering hotel. Going up to our room in the glass elevator cylinder,  I could not stop imagining the automobile factory with a similar old style lift that was probably used to shift auto parts from one floor of the factory to another. The pampering rooms at the hotel are the tallest in size I have ever encountered, as expected – transforming a gigantic factory to a hotel. Former heavyweights tall NBA basketball players Kareem Abdul-Jabbar, Manute Bol or Yao Ming would have probably enjoyed these rooms the most. 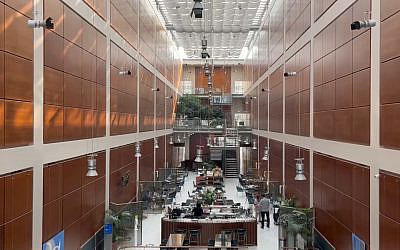 The inner scenery from the hotel glass elevator cylinder. Was a similar old style lift used once to shift auto parts here? (photo by Motti Verses) 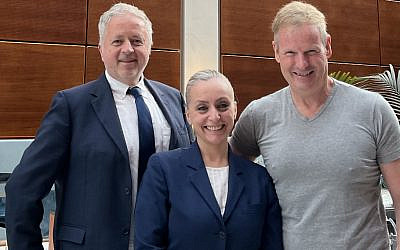 Our ever smiling host, Caterina Manfredi, who is the operations Boss in the hotel, takes us to a magical place – the roof of the Lingotto. In the past Fiat vehicles, going up the stages during their assembly, were tested here on an incredible oval circuit installed on the roof, where they could even reach a high speed on the impressive raised turns at each end. This circuit is still alive. “This old test track is amazing and unbelievable”, she says enthusiastically. “Imagine more than 80 years ago, a lot of cars, a lot of models such as Topolino, Balila and Torpedo were produced and tested here. Now the Lingotto houses our beautiful hotel, DoubleTree by Hilton with 141 rooms. You can find a museum, the famous museum of Pinacoteca Agnelli, a commercial center, a shopping Mall, an exhibition center – a lot of things”, she concludes. 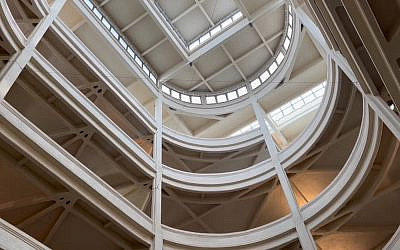 Lingotto Spiral Roadway remains as part of the transformation project, as seen from the mall (photo by Motti Verses) 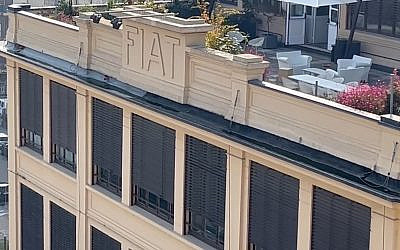 Built in the 1920s for Fiat, Lingotto was the largest and most modern car manufacturing plant in Europe, both architecturally and in terms of car production. The 500m-long, five-storey building had a volume of one million cubic metres, and was equipped with the rooftop test track. Lingotto was the first example of modular construction in reinforced concrete, based on the repetition of three elements: pillars, beams and floors. The factory was closed in 1982. In 1984, Fiat announced a competition and in 1985, commissioned architect Renzo Piano and his team to convert the building. The project aimed to revive the building by transforming it into a multipurpose centre while maintaining its architectural identity. The results are indeed impressive.

Lingotto is also a metro station within proximity to the hotel that takes the visitor easily to the breathless historical center. Torino has many claims to fame. For centuries It was the seat of the imperial Savoy family and 160 years ago it was Italy’s first capital. The Royal Palace reminds everyone who was in charge. Impressive in scale and opulence. The Palazzo Madama, the most ancient building in the city, has played a leading role in its history as of Roman times. 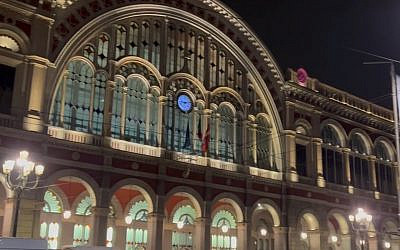 Lingotto metro station is the fastest way to get to the breathless historical center, via Porta Nuova station (photo by Motti Verses) 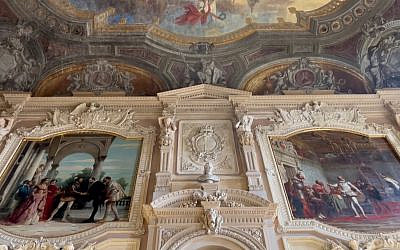 This old town area is known for its Baroque architecture and for being rich in history and culture. Baroque architecture here meant to show power and assertion, part of the Savoy family ambition to include elegant, refined and well-ordered piazzas, streets and buildings.

Po, the longest river in Italy, is part of Torino and its culture. We crossed it to embark the Sassi–Superga tramway all the way up to the basilica. Another Savoy past asset with a baroque touch. Visiting the Gran Torino Memorial there, marking the killed football team when their plane crashed below the Basilica, 73 years ago, was an emotional experience.

The impressive Mole Antonelliana tower houses the famous National Museum of Cinema. This museum is a must visit, featuring pre-cinematographic to current technologies. Following the history of the film industry from its origins to the present day is a unique experience. 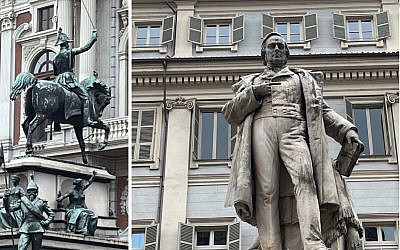 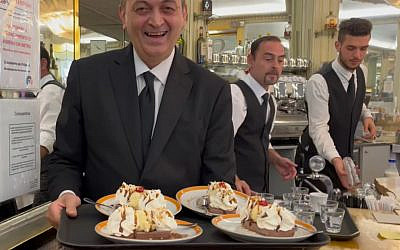 The Caffè Fiorio has been a historic café since 1780, once the fashionable meeting place (photo by Motti Verses)

Torino is famous for its restaurants, cafes and bars. The Caffè Fiorio has been a historic café since 1780, once the fashionable meeting place. Porto di Savona is a veteran restaurant hosting local clientele. The opportunities to enjoy Italian cuisine are endless in this vibrant city.

As for myself, the time voyage from my Fiat childhood experience to “close a circuit” in the original Lingotto building and explore the gran Torino city was priceless.