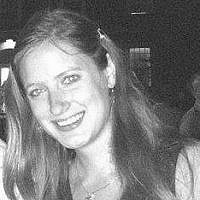 The Blogs
Caroline Hughes
Apply for a Blog
Advertisement
Please note that the posts on The Blogs are contributed by third parties. The opinions, facts and any media content in them are presented solely by the authors, and neither The Times of Israel nor its partners assume any responsibility for them. Please contact us in case of abuse. In case of abuse,
Report this post.

This year, Patriots’ Day and Yom HaZikaron fell on the same day in the Gregorian calendar. I spent my entire childhood in Concord, Massachusetts and made aliyah this summer, which puts me in the unique position of being both a Concordian and an Israeli–an admirable feat for someone from Concord, a picturesque historic town twenty minutes outside of Boston with a tiny Jewish population.

Patriots’ Day officially marks the beginning of the Revolutionary War when shots were fired in Lexington on April 19, 1775. The night before, Paul Revere clandestinely rode through the towns of Concord and Lexington, warning the colonists that the British troops were on their way to fight (though he never actually said his famous catchphrase). The British soldiers and American colonists then fought a battle in Concord in which 250 Redcoats fell along with 90 colonists. The battle sparked the eight-year-long war for American Independence, culminating in Great Britain’s recognition of the United States in the Treaty of Paris in 1783.

My hometown of Concord, Massachusetts, treats Patriots’ Day with a reverence approaching cult worship–Concordians and Lexingtonians dress up in colonial costumes complete with tri-cornered black hats and toy muskets–and the early morning Revolutionary War reenactments are the social event of the spring. The annual parade marches through the streets of Concord, flanked by clapboard houses and brick walkways.

Since 1969, the holiday is celebrated on the third Monday of April, coinciding with the Boston Marathon, and is a day off for almost everyone in the city environs, dubbed “Marathon Monday”. In Boston, the feeling of nostalgia for the white wigs and black buttoned shoes of the 18th century is replaced, or perhaps supplemented, by a palpable public adrenaline bolstered by its internationally-renowned marathon. The streets are filled with spectators and cheerleaders waving American flags, clad in apparel advertising their cherished Celtics, Bruins, Patriots, or Red Sox teams.

For this joyful day to be marred by the recent tragedy is, in some ways, sadly ironic. By celebrating Patriots’ Day with cotton candy and noisemakers, the collective New England memory has completely neglected the bloody battles of the war, during which about 25,000 Americans died. In the context of other tragic wars in more recent American history, the number is not large. But in the context of a relatively small national population (about 2.5 million in 1775), the number is staggering. That’s 1% of what the population was at the beginning of the war.

The same percentage of Israelis fell in their War of Independence between1948-1949. Any comparisons between the American War of Independence and Israeli War of Independence are better left to historians such as Rafael Medoff. But it is a simple task to acknowledge the similarity of the loss of human lives in the name of freedom and independence. Perhaps shocked into solidarity by widespread mourning of their own fighters, both the United States and Israel developed a new sense of national cohesiveness on the eves of their births.

So why then, if their foundation roots are somewhat similar, is Israel’s national day of remembrance honored by a two-minute siren while New Englanders frolic in the streets to commemorate the start of their eight-year-long war? Where is the American national siren and moment of silence on Patriots’ Day or Veterans Day or Memorial Day? As I explained guiltily to an Israeli friend, Veterans Day and Memorial Day in the United States are celebrated by buying a TV on sale, not by touching tributes to those who served.

Of course, one major difference is that nearly every Israeli is personally affected by army service and war, but most Americans, especially in wealthy towns such as Concord and Lexington, are completely removed from their soldiers. And of course, the Revolutionary War happened over two hundred years ago, an event from history books only, while Israeli independence was granted as recently as sixty-five years ago, whose first-hand witnesses still tell their stories.

Sadly, the tragedy that occurred at the Marathon and the terrifying days-long aftermath is a reminder to everyone not only about the horrors the world faces in today’s violent society but also a reminder that the American historical narrative is also marred by violence and bloodshed.

Patriots’ Day already incorporates the jollier side of Independence, but it has come time to complete the holiday the way that Israel does. There needs to be a ceremony for reflection and mourning–not only for the four victims, including the MIT police officer, and hundreds wounded this year in Boston, but for all of the fallen soldiers and terror victims from 1775 until today. Why not, like in Israel, combine Memorial Day with Patriots’ Day? Or put Memorial Day on July 3, just before the 4th?

As lofty as those goals are, there are small fixes in the near future that can be made. Next year, I hope that the Patriots’ Day celebrations in Concord, Lexington, and Boston will include a moment of silence for the victims of the attack in Boston in 2013, in their own version of the two-minute siren over Israel during Yom HaZikaron. Then, after a few moments of reflection, the Concordians can don their tri-cornered hats and march in procession down the leafy streets, ushering in what Israelis call Yom HaAzmaut.

About the Author
Caroline Hughes is a research assistant at Shalem College in Jerusalem. She made aliyah this summer after graduation from Brown University and considers herself a "Birthright success story." Find her at chughes90@gmail.com.
Comments