Kfar Yona, Israel, December 8 – A pigeon famous for carrying an olive sprig as a symbol of a serene world has been arrested and charged with an attempted coo, sources close to the investigation reported today.

The bird was allegedly detained as it engaged in fowl play, said the police, egging on left-wing elements to worm their way into sensitive positions and raise a flap to enable unfeathered access to the seats of power. The dove has so far denied any wrongdoing, and fledged to fight the charges and prove his innocence. 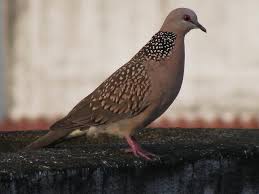 “My client insists these charges will never fly,” said the bird’s attorney, Guano Hitchcock. “We will not nest until we bring these accusations down,” he pronounced. “It’s aviary difficult challenge, but we’re up to it.”

The dove has always been of a feather with others who flock to the left wing of the political spectrum, but of late had migrated even farther to the left, a move that some experts attribute less to ideological shifts and more to an attempt to get chicks. He said in an interview with the magazine Avia last year that he was considering branching out into endeavors beyond symbolizing peace, but found the market flooded with other candidates and came back home to roost.

The attempted coo may reflect a sense of being cooped up too long, says Noah Lemechson of the Jerusalem Verb Absurdatory. “He may well have seen this as a beak opportunity to flip the bird at the pecking order of the political establishment,” said Lemechson. “To many of us that may seem stark raven mad, but I wouldn’t put past someone of such talon to pull it off.”

About the Author
David was spawned in an unfortunate lab accident in Weehawken, New Jersey, in 1975, and things have only gone downhill from there. When he's not picking his nose, David creates content for PreOccupied Territory. And sometimes even then.
Comments