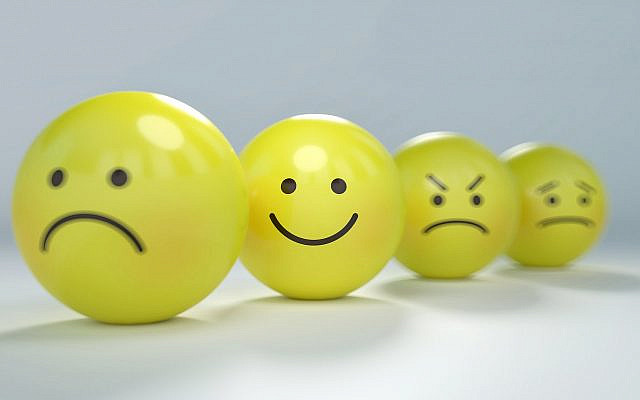 Image by Gino Crescoli from Pixabay

… Ohhhh, the absolute shade! No don’t worry, I can bear it. Now then, I have to say that shocking as it will be to my most dedicated perusionalists and engageadillies, I have actually not been best well the past few years, and the quality and quantity of output on various places online hasn’t been at its most consistent. I appreciate that doesn’t really come across in my generally austere and Gradgrindish prose style, but there’s always more to things than meet the eye.

Now, just while we’re all sitting more or less bedazzledlingsicals, I thought I would take an opportunity to round off these typical minor-cum-modest discussions I’ve done of antisemitism on Twitter with part 3 of Hodge Comparisons and part 2 of ‘Zionist-Occupied Brexit.’ There will always be those who say that these blatantly antisemitic tropes are behind the news cycle, and of mere historical interest. But of course, it’s precisely those things that are of mere historical interest, that are inevitably most pertinent to the present day; rather as it’s those things that are most intellectual and abstruse that are most relevant to real life. One of those little mysteries of this world we live in!

Anyroad, let’s see how the Hodge Comparisons ended, while seeing whether the ‘Brexit cabal’ antisemitic leitmotif may or may not continue to shriek on, like the not-so-valiant-Valkyrie it’s known and beliebt to be. Or again, not so much unlike the rather shady wordy-crime-cartel of Dunning-KKKruger have-a-go slow-bros lurking behind the tree, the incel-Alberich got up in unusually sober drag as the ‘spear’-waving Wotan the Younger. Ceterum Censeo, et precious 4-Chan delenda est! Fill yer boots, boyo!

The final ‘Hodge Comparison’ tweet I can find is from April 11, this year. Even then, it’s a rather nostalgic one:

I really, really miss the #HodgeComparisons

The poster, WIOFY, considers himself a ‘Citizen of the World’ and an ‘atheist.’ Must be great fun at parties. Or at least, ‘grass-roots’ Momentus mass rallies.

Oh but yes-yes, I mea now, ‘given the stultifying sobriety and earnestness of his Twitter account, it sounds like he’s more the ‘fun’ kind of atheist; think Dawkins minus the biting wit, but more or less present the self-absorbed fetish for the kind of shade a random level one Twitter egg can but rarely muster for the demands of the age. Think less Ricky Gervais and more ‘what a day for an auto-da-fe!’ The very soul of artistic pretension! Or at least, pretentiousness. Or even good old fashioned, solemnly-sententiously-grandiloquent-and-loquacious hi-information-ridden pretence.

WIOFY’s aforementioned borderline-minimally-witty gibe (it’s the weekend, why not be generous!) is in response to a certain ‘Scouserlar’ (anyone?… Nope! Me neither!) whose achingly penetrating countercultural insights amount to:

There was never an anti-semitism problem in the Labour Party, it was all weaponised by horrible pieces of shite like Ian Austin and Margaret Hodge.

There was never an anti-semitism problem in the Labour Party, it was all weaponised by horrible pieces of shite like Ian Austin and Margaret Hodge. https://t.co/laLzkcFvES

Not reet nice, aye? I tried to imagine that hysterical squeaky rant about 50 decibels lower, in order to preserve what little vestiges of sanity and journalistic decorum I have left!

Oh and if anyone is especially bored, perhaps quarantined for a 36 month Coronavirus vaccine trial of some kind and in a rather uncertain state as to whether they’re going to live or die anyway: it was necessary to provide the next tweet down the RT spiral, as I just did, but if you really have nothing else to do with your time, you can indeed come on down the crystalline meth-reminsicent staircase, gaily Dantenising or indeed Dantonising along the way such leading intellectual and philosophical luminaries as ‘JmRoyle’ (quite possibly nothing to the real Jim Royle, rather as the scholar of fascism Roger Griffin is not a blood or indeed paper relationship of towering intellectual heavyweight and fascist intellectual Nick ‘Roadkill’ Griffin.)

Well all this, as they say, is an abyss it is preferable not to stare into; but I trudge these smelly, putrid, silicon sewers so you don’t have to… Yer welcome!

Wiffy WIOFY has a sultry whiff of sulphur next, as we continue working backwards in time from the most recent Hodge comparisons tweets.

This was in response to the rather ambitious Tom London profile (quite literally the most Paine-Fool thing I’ve read all day!) pointing out, ‘just by the way,’ that Baroness Diana Hayter was a ‘Blairite peer, member of Labour Friends of Israel.’ And they say the fine art of dog-whistling is dead… Who would have thought supporters of a notorious Communist-adjacent career politician like Comrade Corbyn (yes I’m using the ‘a’ word, seems to be all the ‘rage’ nowadays!) would be somehow predisposed to weaponise the kind of antiquated, clunky, 60s-splitters-stylee Oedipal repeterasty so toxic to the brain, it even gave our old friend the Chairman terminal erectile dysfunction way back that heady ’66! Marxist opium, comrades… Just say ‘bu yao!’

On a rather coy side note, I’m not sure whether ‘setting the free world from reason’ is intended as a compliment or an insult, but in context, I suspect the latter. No doubt, if we only give the dialectic a change to work its sublimely libidinal magic for a while, the facts may change.
Antisemitism, on the whole, reminds me a little of good old Johnny Keynes. Or was it the Morning Star, or Momentum, or the Red Guards? ‘When I change, the facts change with me!’

So do the faces; but then again, they don’t!

Aaaaaaaaand it’s Jim Royle again, or is it Frank Spencer? Oh no wait, it’s our good buddy Whiffy Stick again, sticking it to the Man by disseminating radical, edgy, countercultural, world-historically-unprecedented revolutionary innovations like… er… gutter, facile, lo-info, lo-intellect, level 1 Tenga egg, gutter antisemitism. (I have no idea what a Tenga egg is, just to make clear. But it did appear to me that little bit catchier than a Twitter egg, I freely own. For variety, as they say, is the spice of la vida loca)…

Mais, ça suffit, mes bons camarades! Let’s see what the next meme has in store…