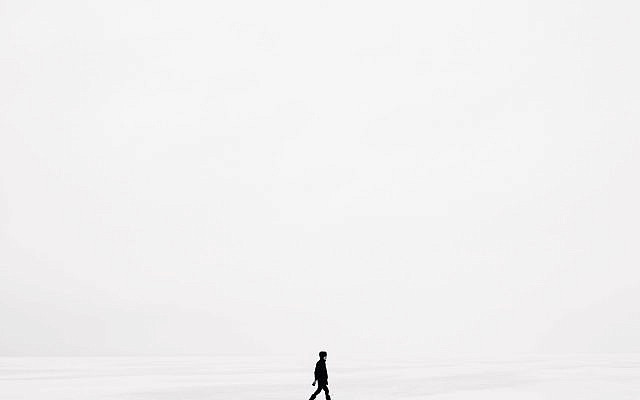 In the Torah portion of Noah, God is not happy with the world and the bad choices people are making, so He decides it is clean-up time. Noah and his family are the only ones saved from the flood. The Bible says, “Noah was a righteous man. He was TOMIM (“perfect”) in relation to his generation.”

In another place, we have the same word, “TOMIM” and it is translated differently; “(Do not probe into the future, but) be TOMIM — simple-hearted with God, your God.”

Enjoy a complete sense of security in the faith and conviction that the future is safely in God’s hands. Rashi says, “Walk with Him simple-heartedly and look forward to what He has in store. Do not probe the future, but rather accept whatever happens to you simple-heartedly.”

Another time the Bible uses the word is in the case of Jacob. The Torah says, “Jacob was a man who was TOMIM (as Rashi puts it, “Whose mouth speaks what is in his heart, and who is not skillful in deceiving others).”

So, we started by understanding the word TOMIM as “perfect,” then as “simple-hearted,” and then as “not skillful at deceiving others.”

Some time ago, I submitted two comments to the Israeli paper Haaretz, generally known as a liberal left-wing paper. The articles were unabashed to the left on both fronts. I was challenging and offered another perspective on the Conversion issue and one regarding the pursuit of peace in Israel.

We all know papers and their editors take up some kind of leanings to the right or left. However, I still thought the newspapers themselves would appreciate the opportunity to feature an opposing opinion for the sake of fair and unbiased journalism.

I was wrong both times. They refused to publish my comments and, in both cases, posted only those comments supporting the promoted position in both articles. This allows the unsuspecting and uninitiated to believe when reading these “news” articles that this is the current trend of thinking, and this helps convince more people of their biased written editorials.

Many of these types of media outlets would never consider calling themselves officially “the voice of the right or the left” because they do want to give the impression that they are a fair and honest media outfit; at the very least, they wish to appear to present the news for you to make up your mind.

The Torah tells us that when God made the world, the word for “world” in Hebrew means “concealment.” God intentionally concealed the truth so that we must pierce the superficial veneer and discover “truth,” which is the signature of God Himself. “This world is a world of falsehood.” Politicians, marketers, salespeople, and advertisements… lots of neon flashing lights, promises of fun and good times.

The only problem with false promises and neon lights — which look exciting but offer nothing else — is that eventually, sooner or later, it does matter whether or not we have spent our time on worthwhile and constructive endeavors. Sooner or later, we all reap the consequences of our choices.

This is the connection to all three words above: perfect, simple, and honest. They form a loop.

Someone unable to deceive — who honestly speaks his heart — is not complicated and is perfect. In the eyes of God, he is “Tomim” righteous and worthy of being saved. The ones who save the world are perfect because they do not deceive (they are honest). They realize the future is only in God’s hands, and there is no need for twisted, convoluted fears or stories. They proceed, simple-hearted, toward God, their God, a quality God finds favorable in Noah, Jacob, and every individual.