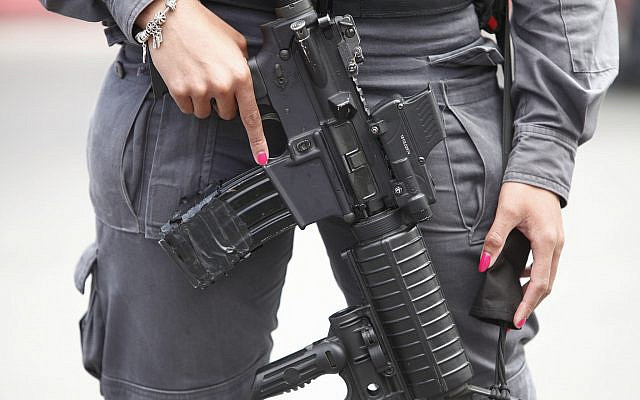 Prime Netanyahu’s supporters arranged a colorful, enthusiastic demonstration, with many participants who were tireless, shouting and singing in his favor.

Bibi is more important to them than the coronavirus rules and distance of two meters between people no longer exists at the rally.

After very hot days, temperature became colder and the sky is heavily clouded. 20 minutes before the trial opening time, a few drops of rain started to fall. I already imagine that if it starts raining at 3 p.m., Bibi’s supporters will say the sky is crying because of the charges against him.

Is the first time in the history of Israel that a serving prime minister stands on trial. After sending a president, a former prime minister, and a few ministers to jail, the legal system of the country has shown that equality before the law is real.The only privilege is he doesn’t need to take care about the parking. 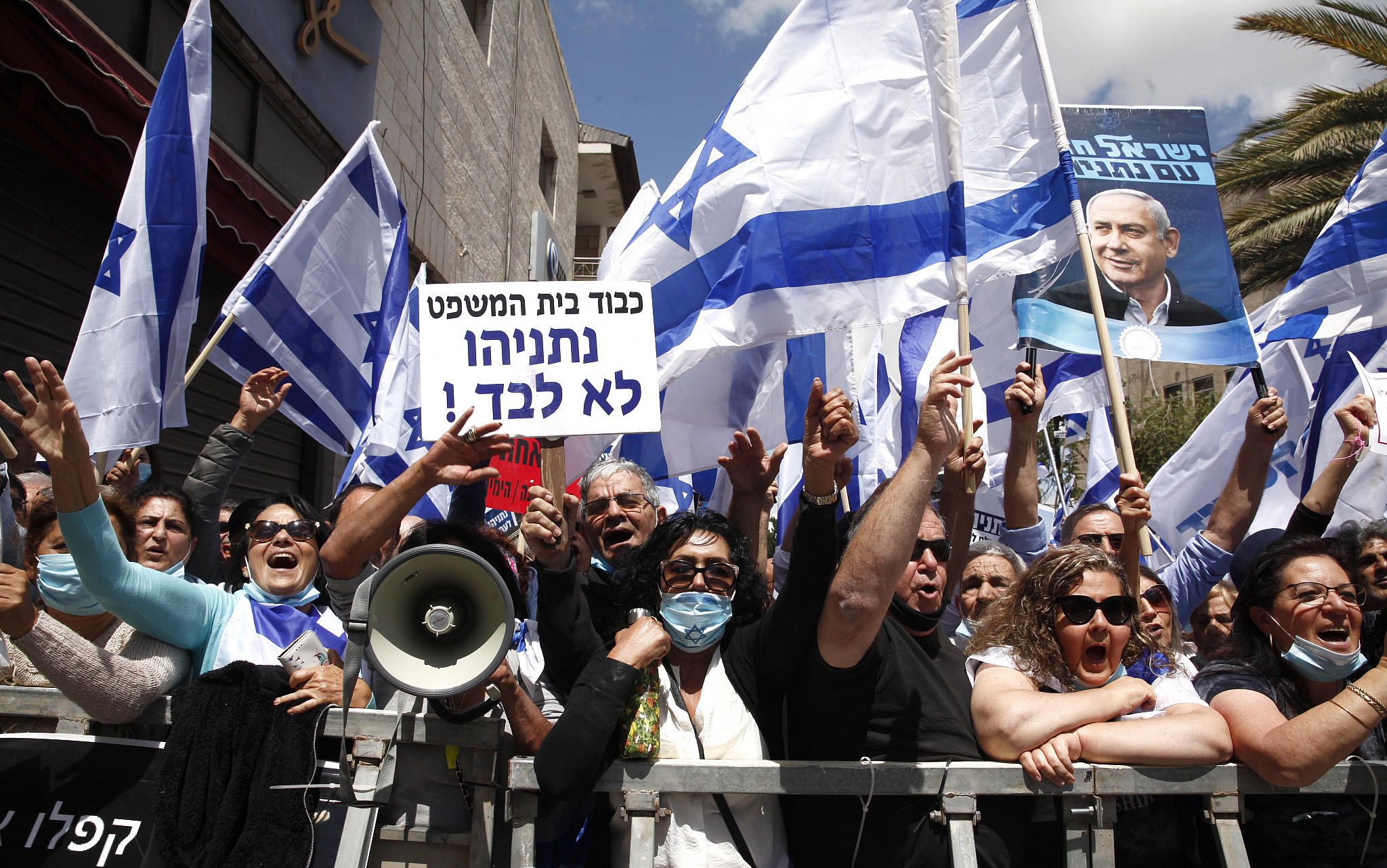 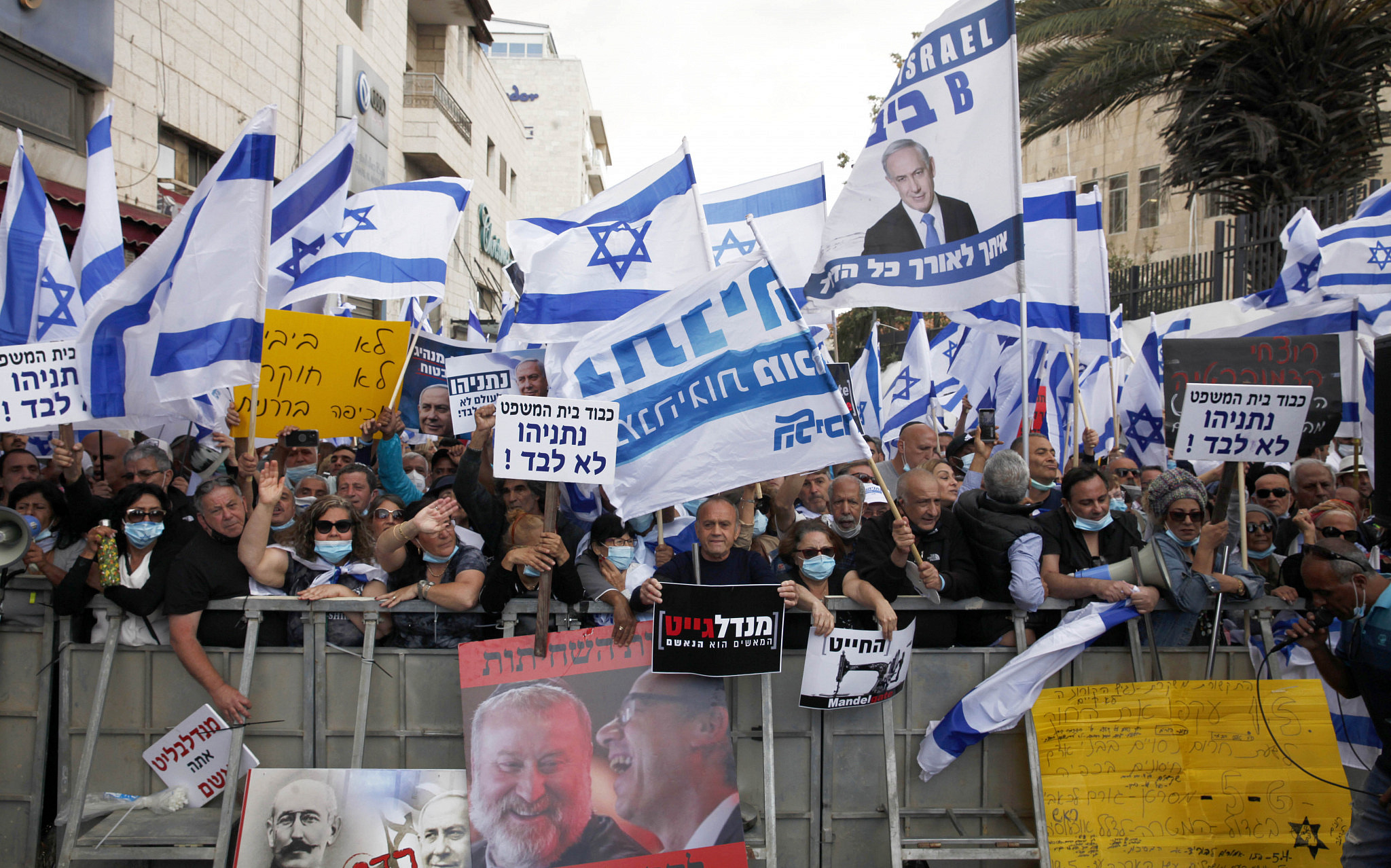 Most of the demonstrators forgot to keep the Coronavirus distance rules. 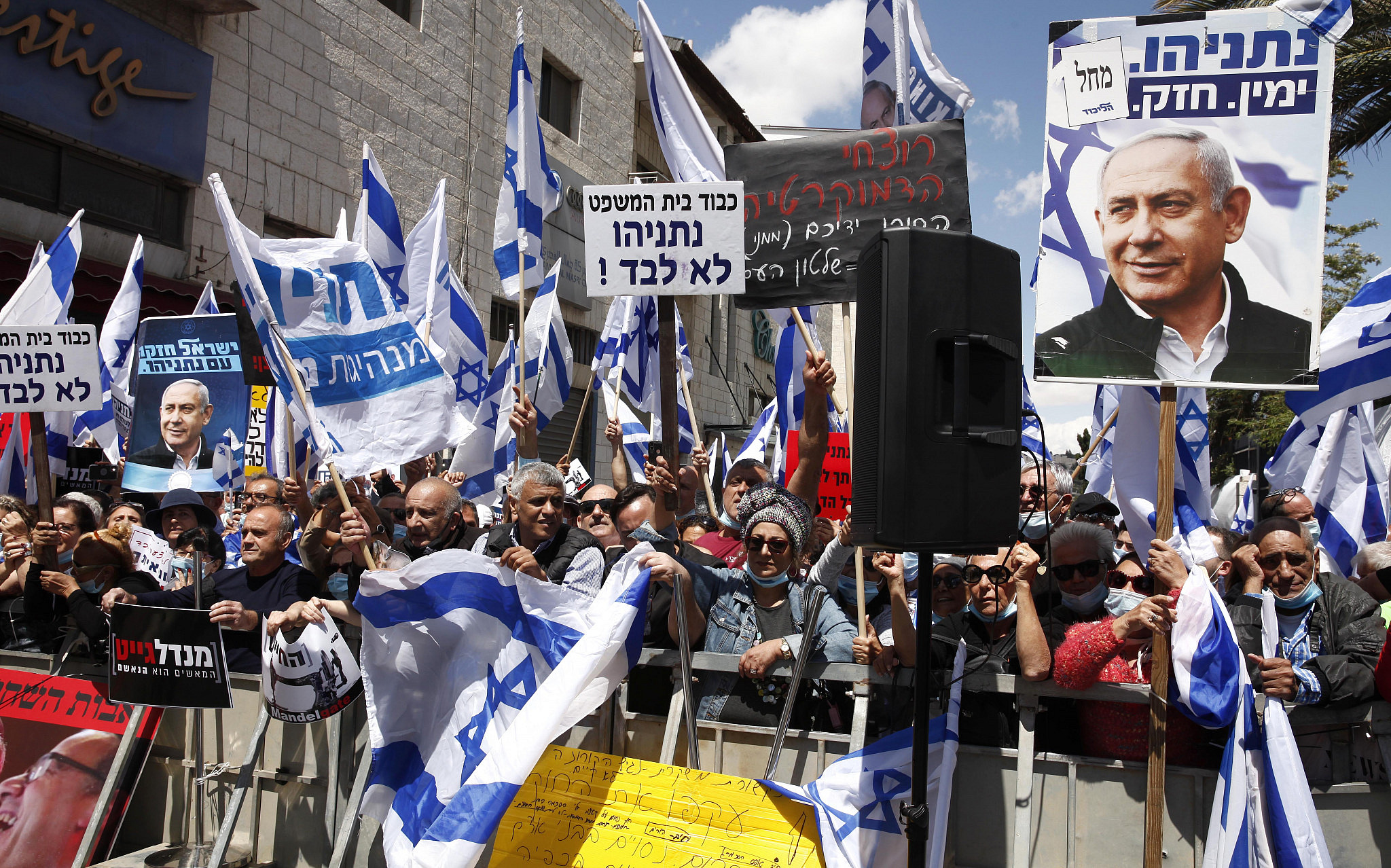 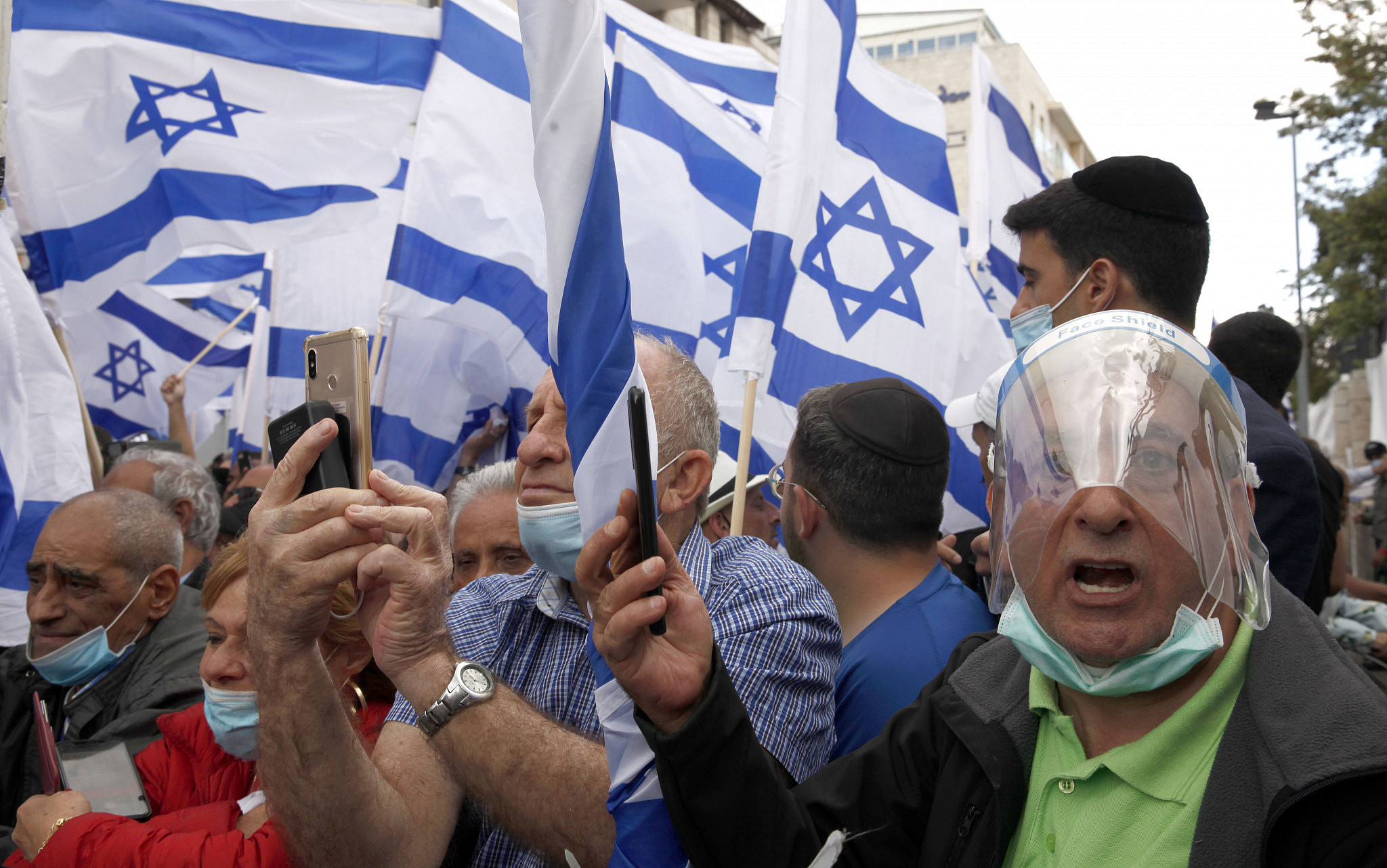 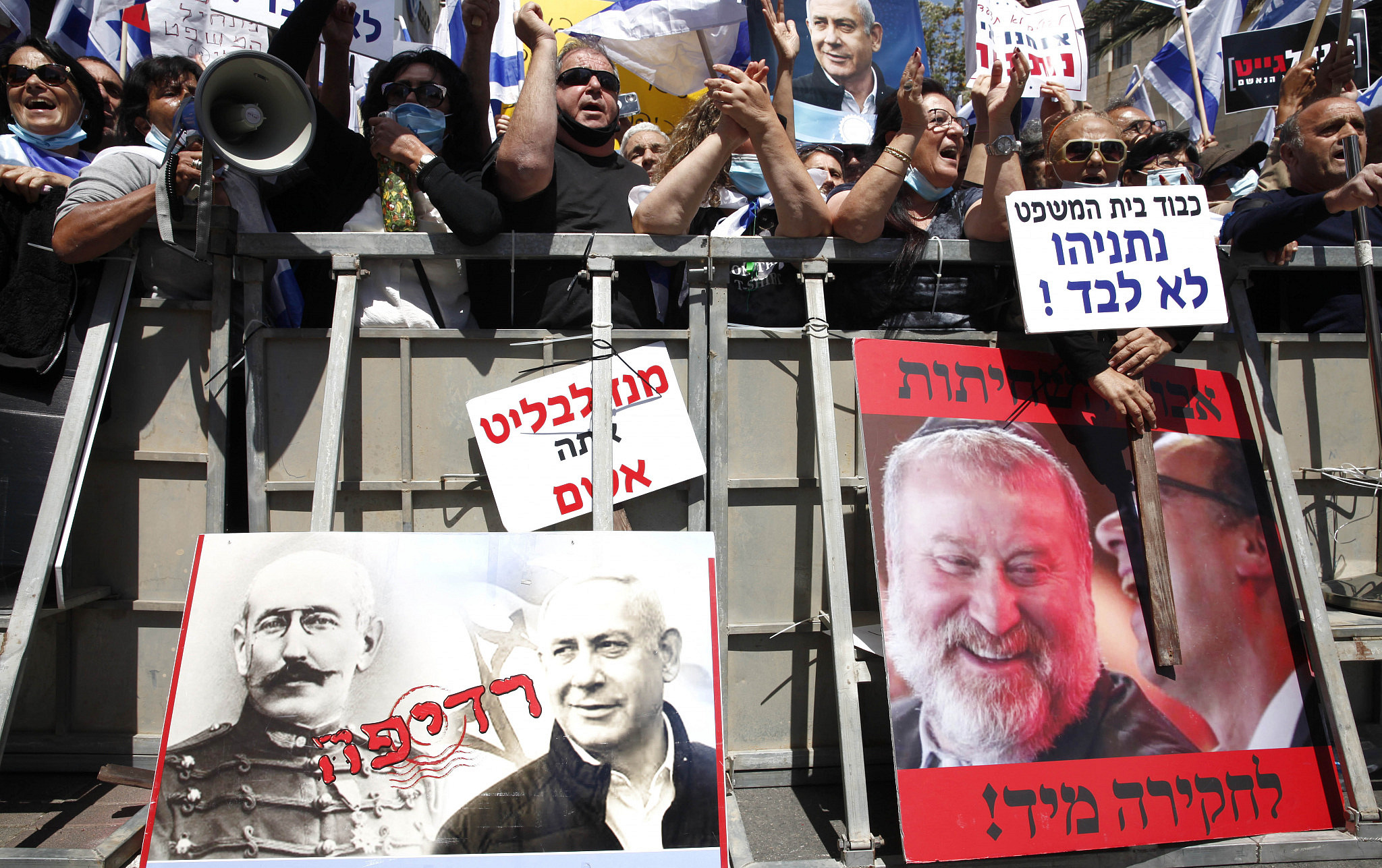 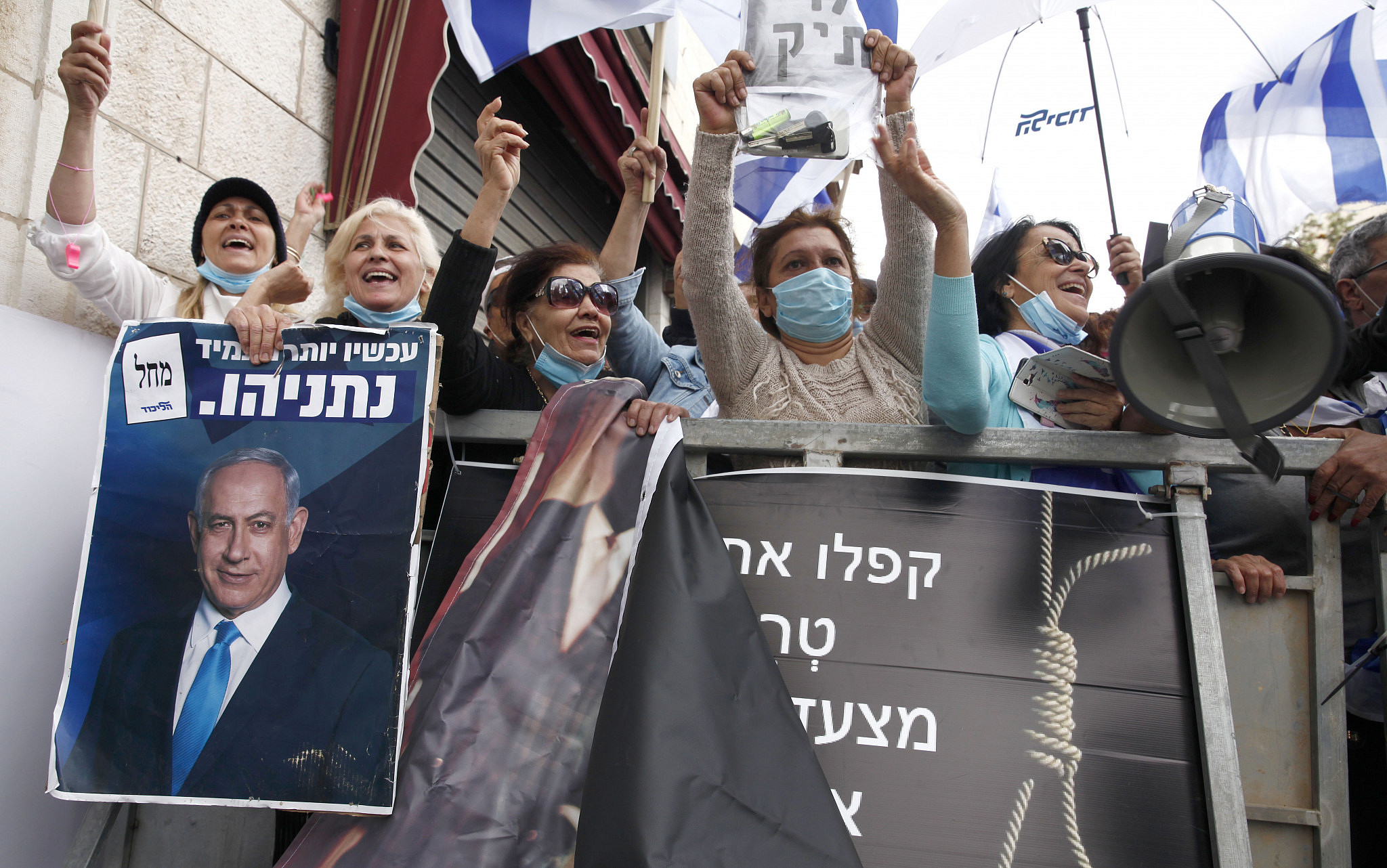 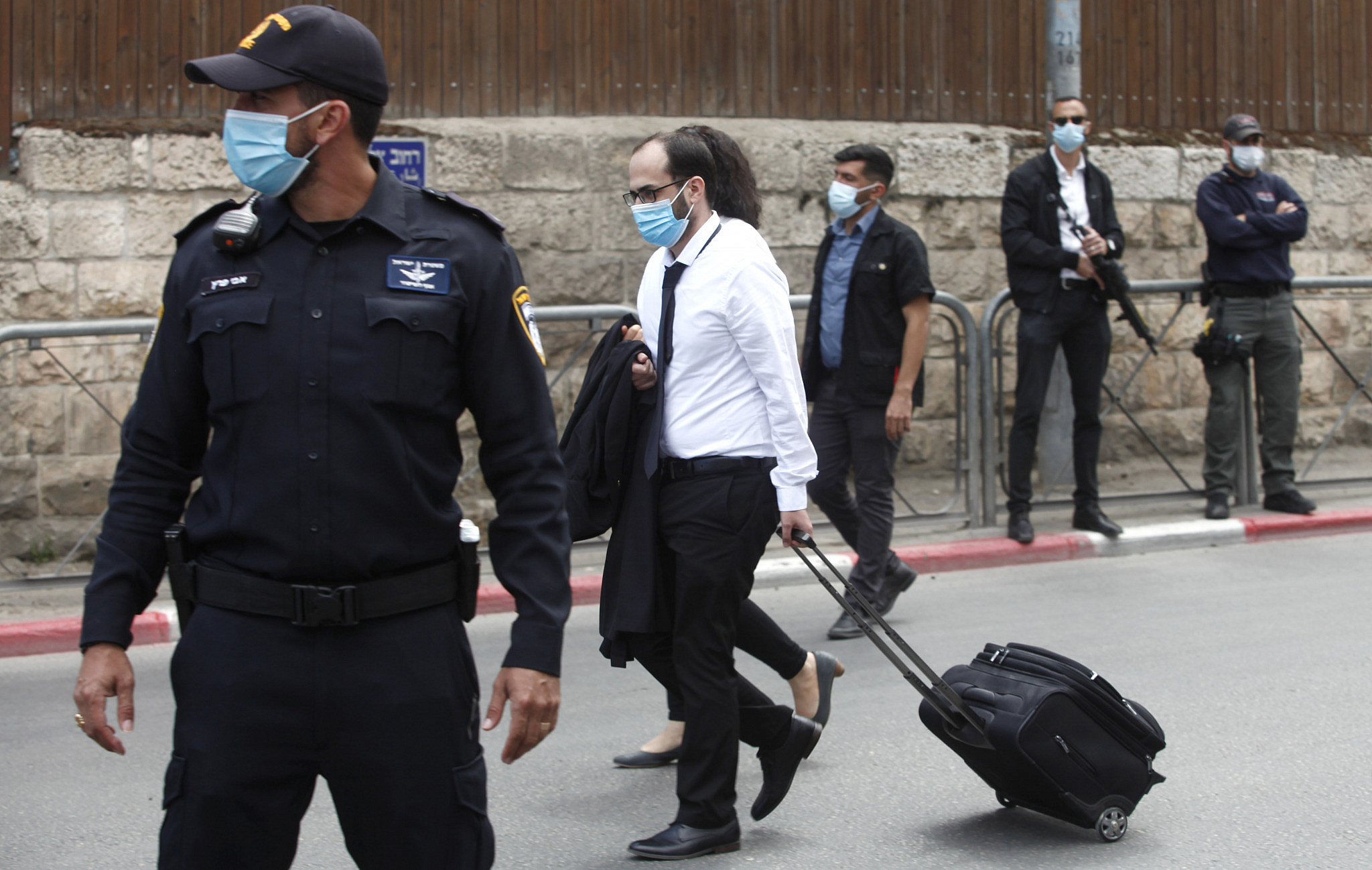 Lawyers arrive at the court. 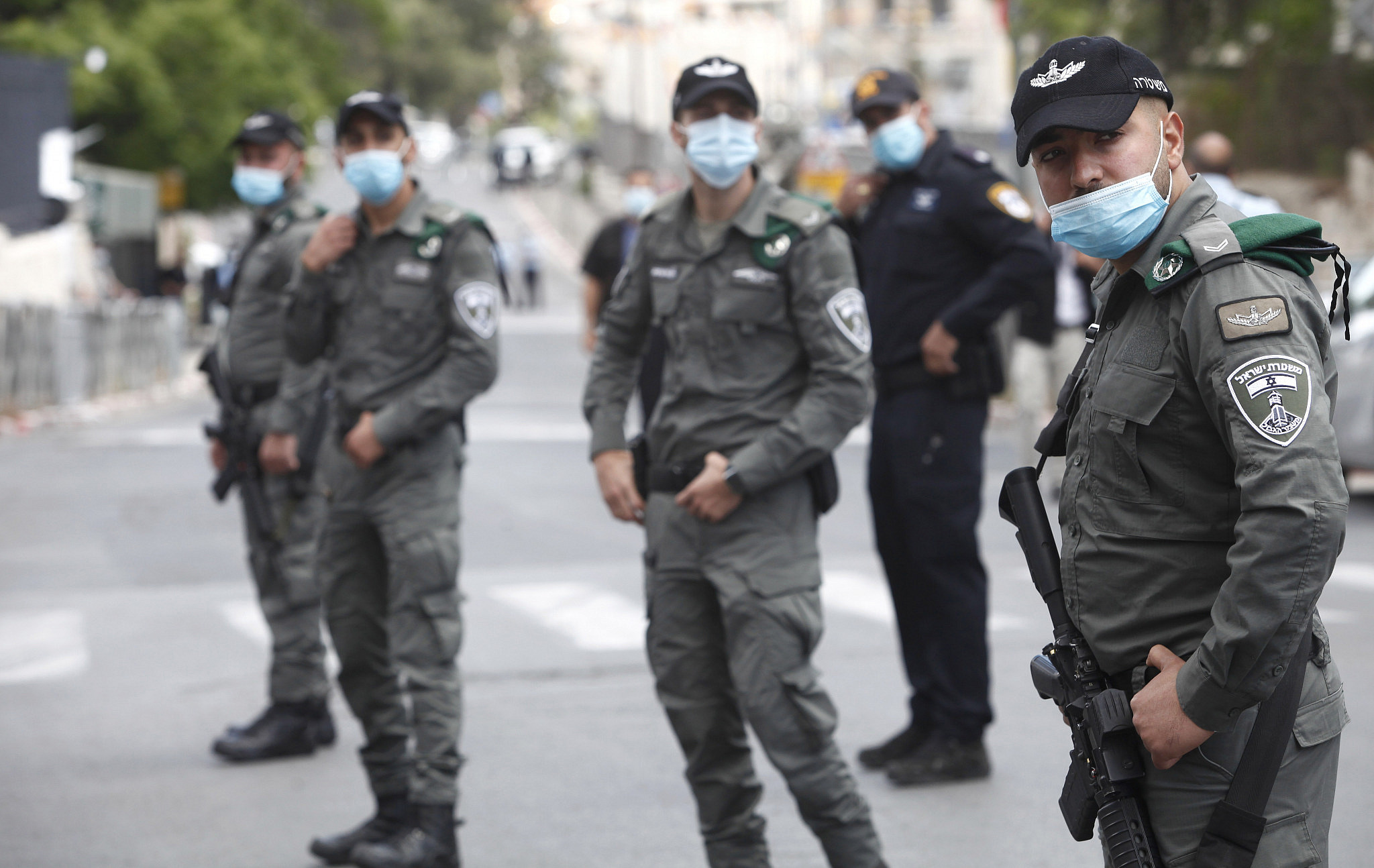 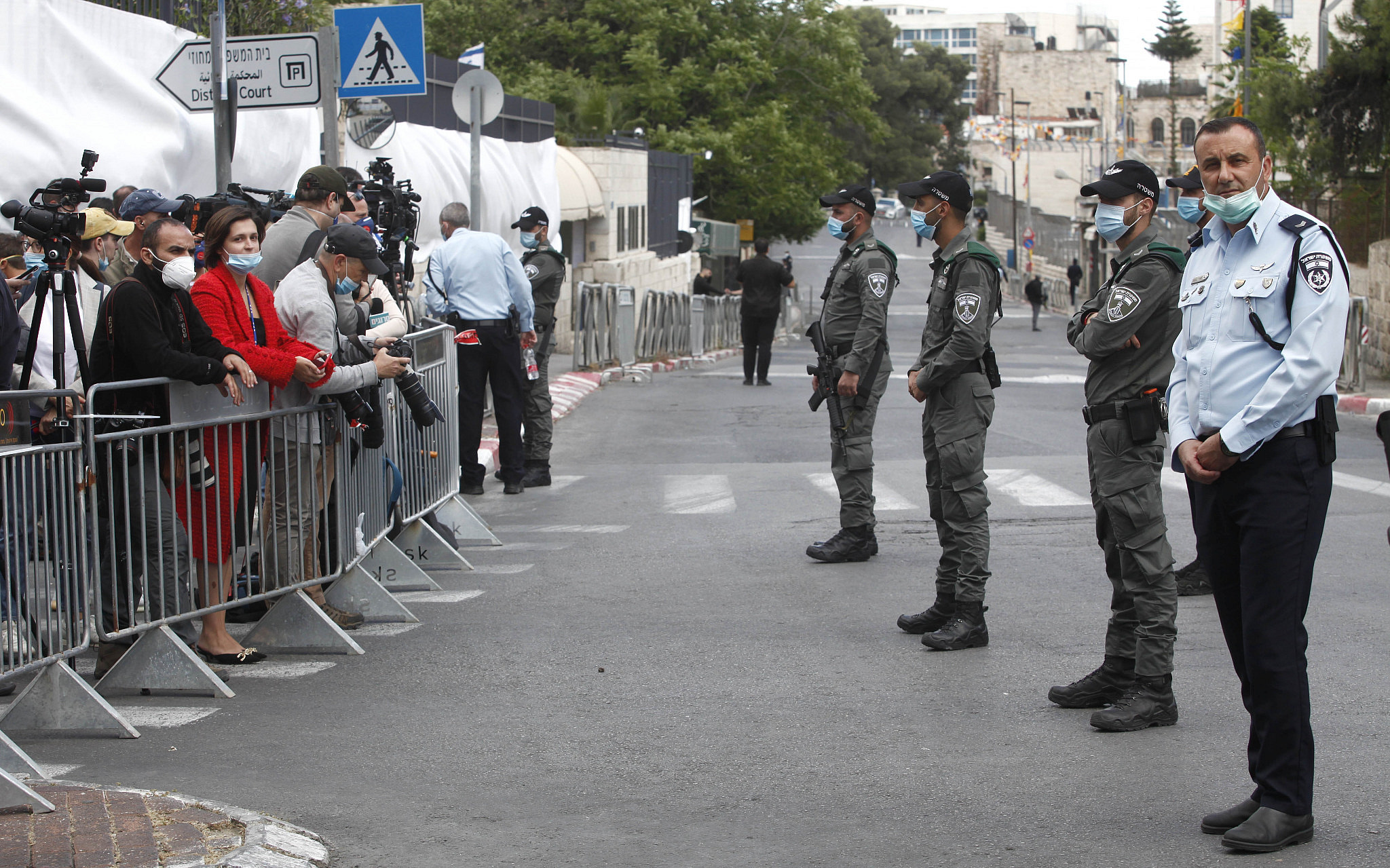 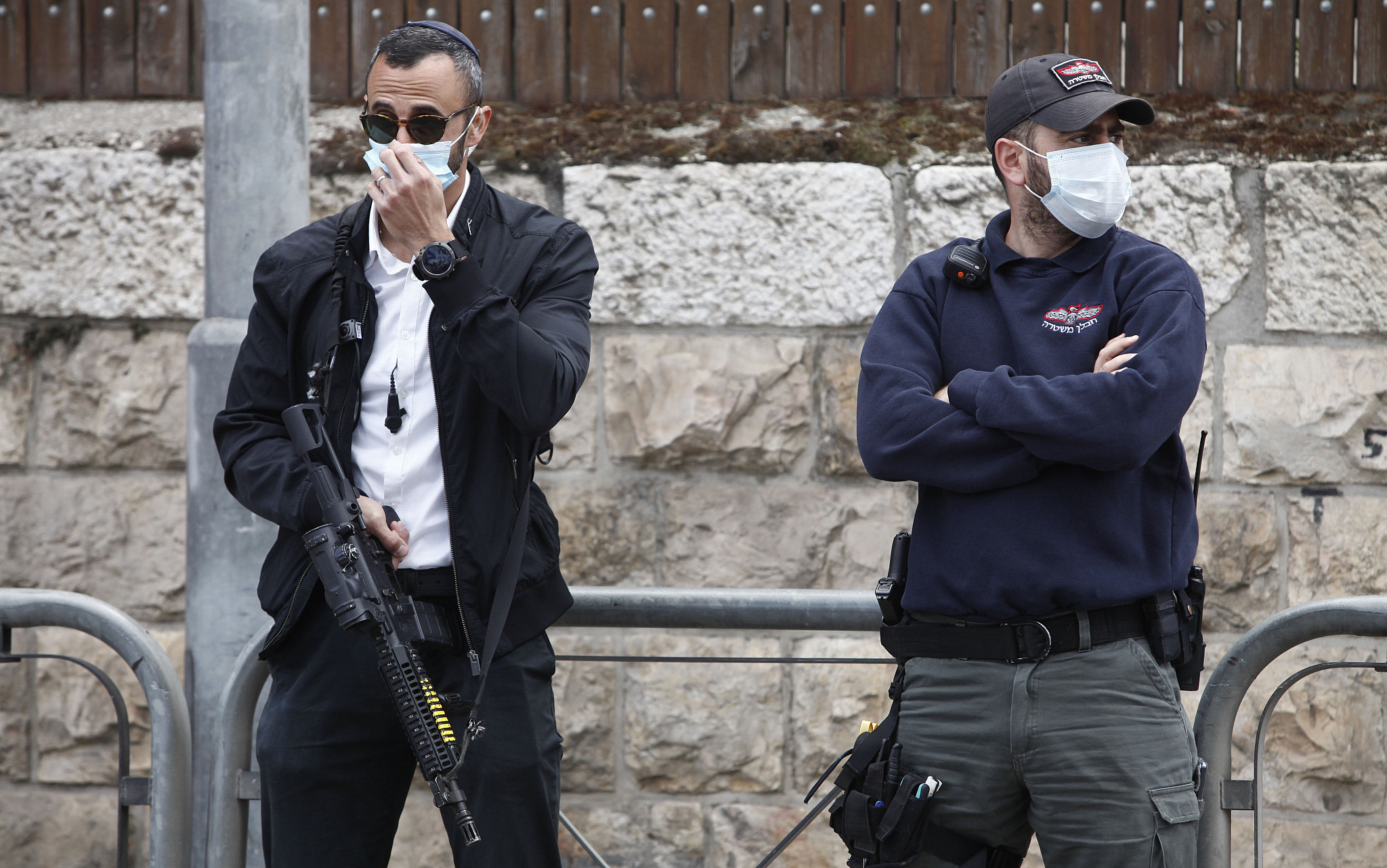 Heavy security by the Jerusalem Police and the Israel Security Agency 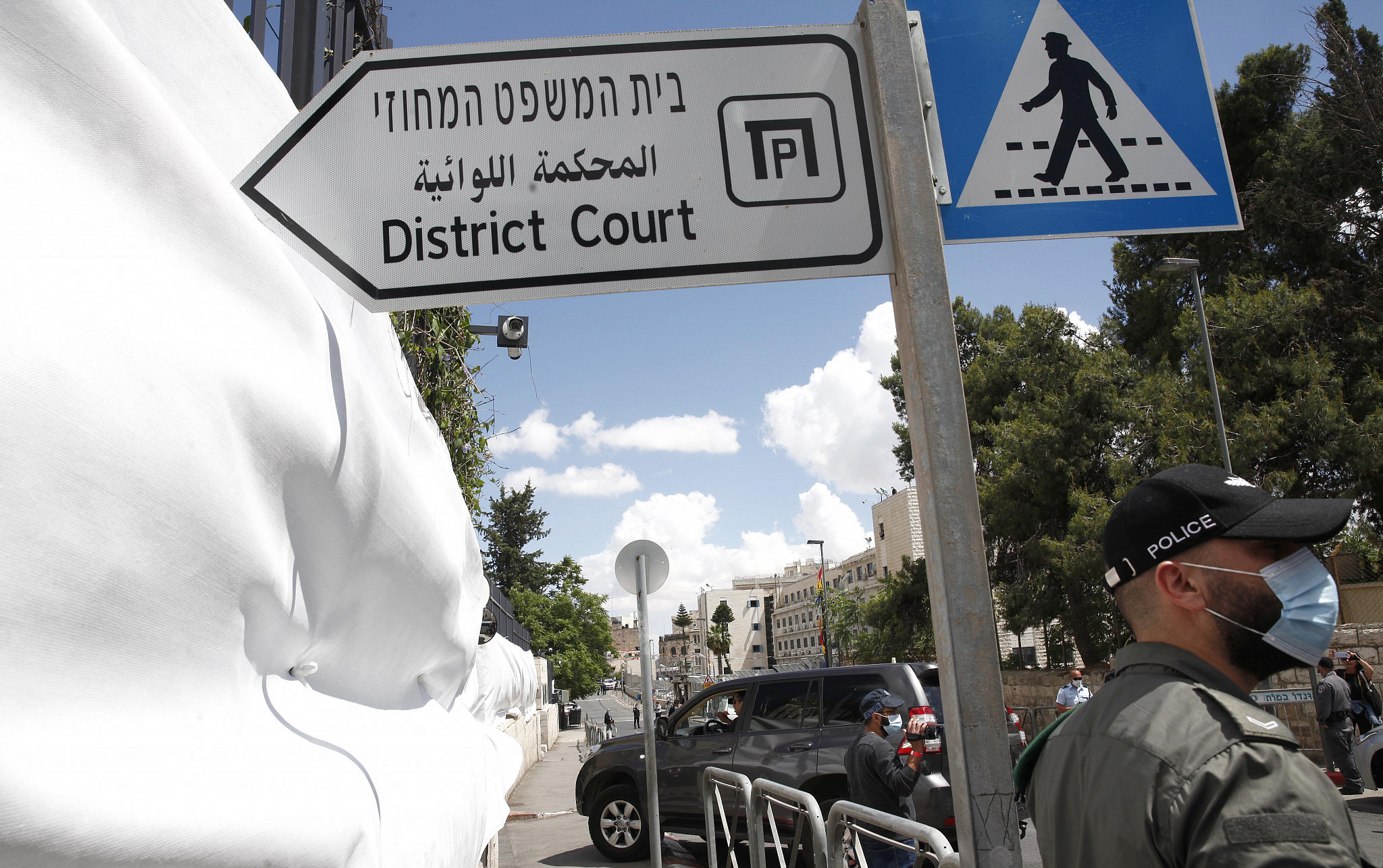 The prime minister’s motorcade arrives at the Jerusalem District Court. 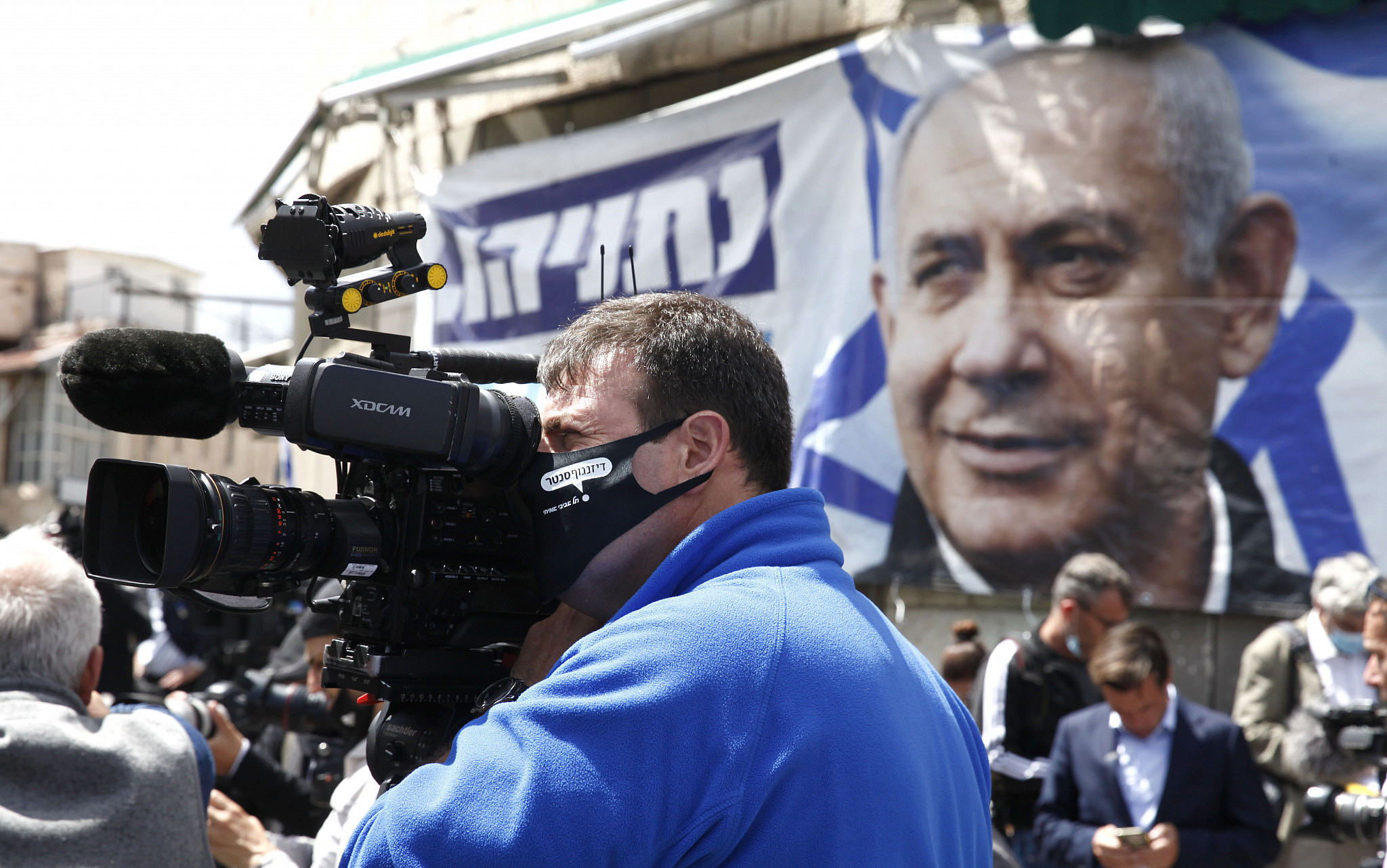 Local and foreign media covering, looking and hearing what’s going on inside the court. 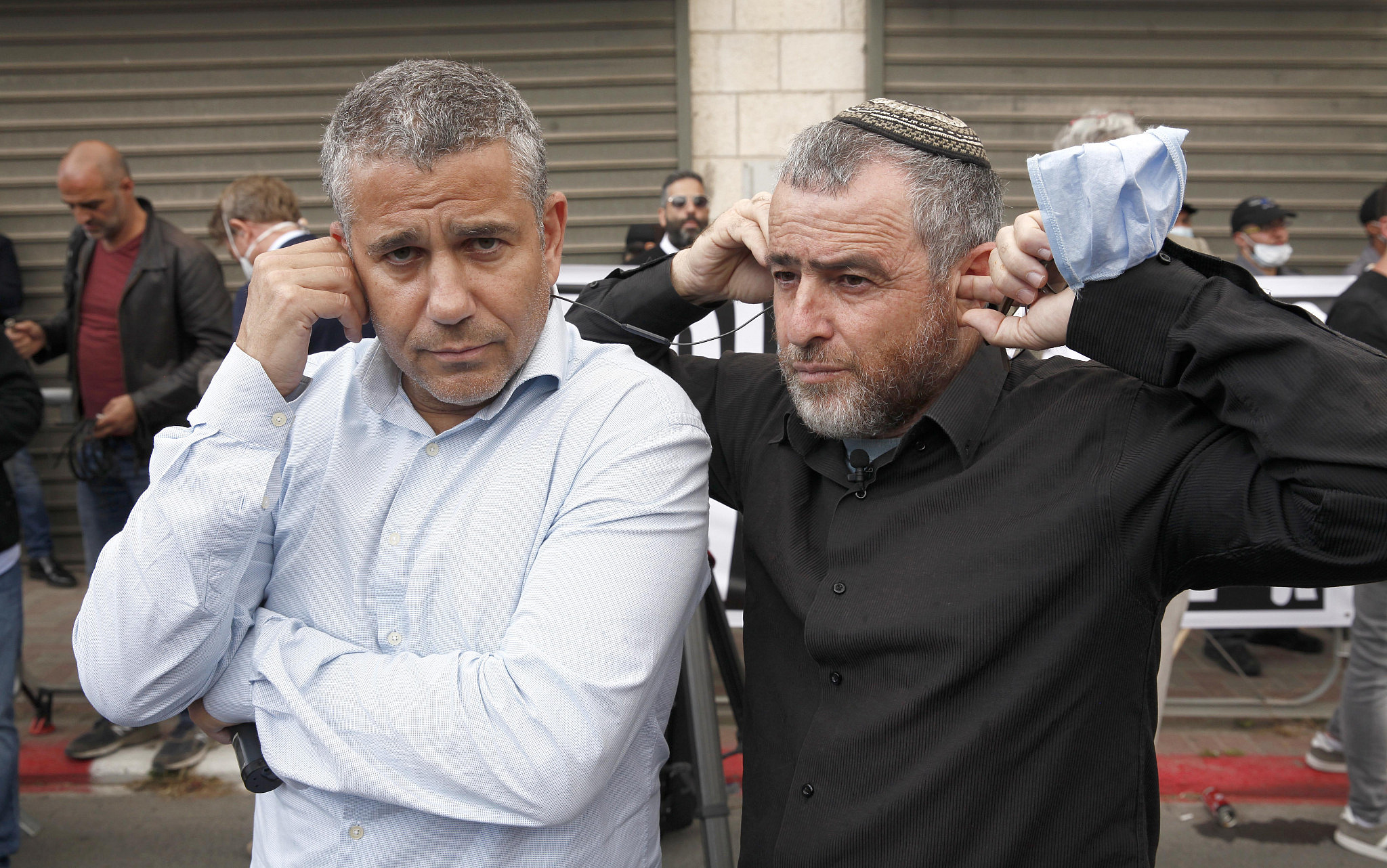 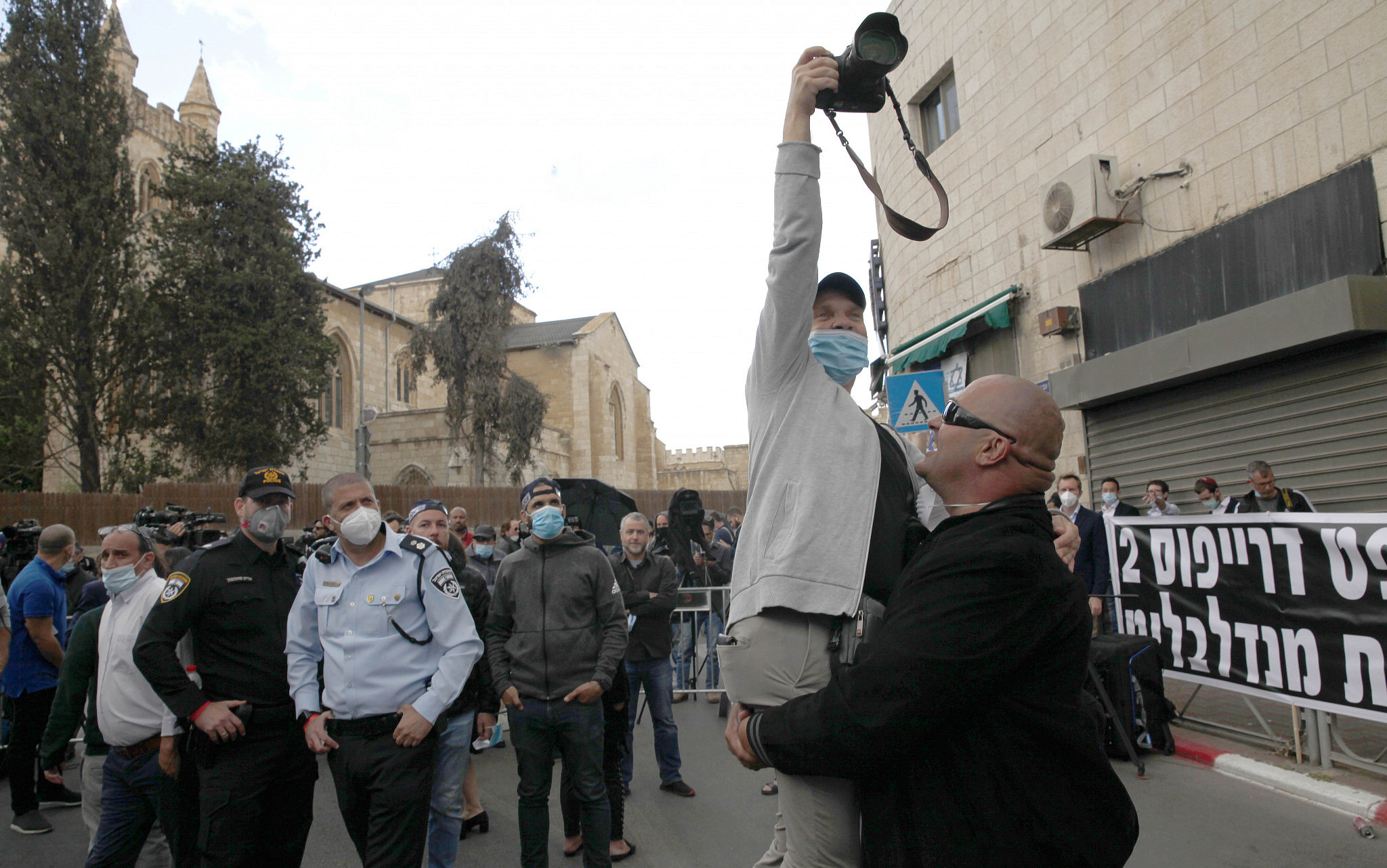 And getting some help for a better angle.