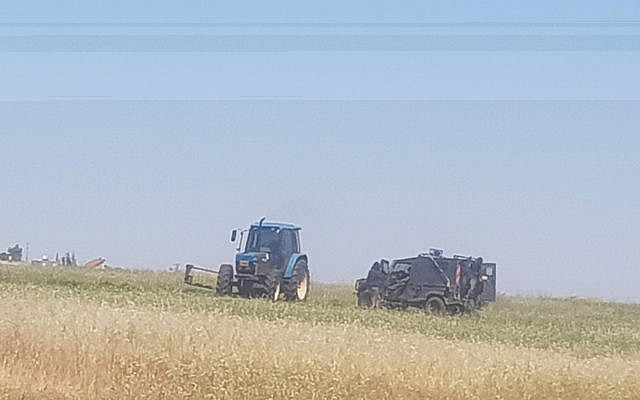 Parashat Emor contains priestly instructions and the holiday cycle. As I have commented in the past, many find it troubling that a Kohen (Jewish priest) must be in more or less perfect physical condition in order to offer the sacrifices. The sacrifice must also be unblemished. This runs against the grain of our modern sensibilities and sensitivities. I have always been moved by the teaching that “God works through broken vessels. When I went to google the source, I found that I was not being original. A favorite text for modern rabbis discussing this troubling passage is the midrash that is actually on Parashat Tzav, Vayikrah Rabah 7:2 “Rabbi Aba bar Yudan taught: All that God prohibited in an animal sacrifice, God accepts in a human being. What is prohibited in an offering? When a person offers, from the herd or the flock, a sacrifice of well-being to the Lord…it must, to be acceptable, be without blemish; there must be no defect in it. Anything blind, or broken, or maimed, or with a wart, such you shall not offer to the Lord. Rabbi Alexandri said, “For a simple person it degrading to use broken vessels. But, broken vessels are the vessels used by Holy One of Blessing, as it is written, “God is close to the brokenhearted (Psalm 34:19),, the healer of broken hearts (Psalm 147:3) God delivers the crushed and lowly of spirit. (Isaiah 57:15) God’s sacrifices are a broken spirit and a broken heart.

I generally don’t think of broken vessels in terms of our physical bodies, but in terms of our human foibles. Aren’t we all broken vessels? Yet, understanding our human imperfections must not be an excuse not to aspire to the highest standard we are capable of. it is especially true that those who aspire to serve God, or are in any position where they serve as role models, must be held (and hold themselves) to the highest moral standards. This would be a perfect springboard to comment on our current political situation here in Israel, and many other locations around the globe. However, I don’t want to go there.

What does occur to me is a verse from last week’s Torah portion You shall not …place a stumbling block before the blind. (Leviticus 19:14) Our sages understood this as not exploiting the moral blindness or weakness of others by tempting them, or putting them in situations where they are likely to go astray.

And this is a springboard to the subject that I come back to time after time, blindness to God’s Image in every human being, whether it be the person with physical limitations or imperfections, the single parent mom opening the empty refrigerator, the Palestinian shepherd seeking to safely graze his sheep, the janitor, the person at the cash register, our political adversary, or any of the many populations around the globe that so many of us don’t truly see.

Rabbi Abraham Joshua Heschel spoke of “wonder” and the “radical amazement” that many of us lose as we grow older. Heschel spoke of experiencing God in many aspects of God’s world. In my opinion, we must first and foremost, preserve our ability to be moved and feel the wonder of God’s presence in fellow human beings.

In human rights work, I literally see the blindness all the time. When I sit down to write, I tend to write about what I have experienced most recently.

Yesterday, the settlers of the outpost next to the Rimonim settlement decided that it wasn’t enough they had prevented some of the local Bedouin from planting grains for their sheep this year, or that they had pulled down homes and threatened shepherds not to come back, or that they had sent their flock to eat what some Bedouin did manage to grow. They set their eyes on the wild grains and grasses that are now all that is left for those who have lost what they had planted. They set out with a combine, to reap all of the wild grains. I have sadly become accustomed to the fact that the settlers can’t really see the Palestinian Bedouin shepherds. I probably shouldn’t have been surprised by what happened next, but I was. After our urgent communication with the army and police, the border police arrived. They spoke to the settlers, and then came back to me reprovingly, “WHY DID YOU DRAG US OUT HERE? THOSE ARE JEWS.” The blindness of these officers was to wrongdoing committed by Jews towards non-Jews, because they weren’t viewing the non-Jews as people with rights in the same way, and/or they couldn’t understand that Jewish human rights defenders might be concerned about fellow Jews violating Palestinian rights. To their credit, they did force the combine to leave, after we patiently explained that this was Palestinian private land.

Having received very little response from the Binyamin army brigade after sending them many video clips filmed by the Bedouin of Eyn Rashash of settlers noisily traveling between their homes day and night,, we decided to spend a night there, and catch the settlers in the act ourselves. Last night was an enchanted evening with a lovely full moon bathing the landscape in a gentle glow, a cool breeze, and twinkling stars. Truly a night to feel wonder, radical amazement, and to revel in the beauty. We wished the Bedouin “Ramadan Qarim,” and undisturbed sleep. However, at 10:45 pm, a settler trakteron (all-terrain vehicle) rumbled down the road. An adult and two children were inside, and what appeared to be building materials.

“Mah HaMatzav” the setter asked jovially, “How’s it going?”
I answer, “It would be better if you didn’t come in the middle of the night to disturb the sleep of the Bedouin.”
“We aren’t bothering anybody.”
“When you come at this time at night, and it is also illegal.”
“We are on a marked trail”
“It is illegal to be on the marked trail after dark”
“This isn’t within the nature reserve” (The encampment is, but they go into the reserve just after.)

They then rumbled on between the Bedouin homes. We didn’t follow, so as not to create more noise.

The moonlight wasn’t helping this man see the people who just weren’t there for him, “We aren’t bothering anybody.”

Today there are no sacrifices, and no physical limitation needs to automatically disqualify a person from being a rabbi or another form of leader. Understanding that each of us has our deficiencies, and that each of us must aspire to moral and spiritual growth, let us remember on this Shabbat that even with our deficiencies, we can and must aspire to being God’s vessels. We can fulfil our designated roles when we neither discount ourselves because of our brokenness, nor are complacent about it, but struggle to open our eyes to God’s Presence and God’s Image—when we strive to becoming vessels that are more whole, and more holy.