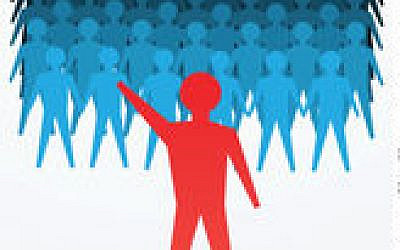 Looking for a leader

Leadership and nation building are two ideas that my divre Torah frequently cover.  Success and great leadership go hand-in-hand because great leaders know how to build great teams. Organizations, sports teams and nations excel or flounder because of the culture and skill (or lack of skill) of leaders.  A culture of excellence is created by owners and managers who are interested in long term results for the good of the organization or if a nation for the good of the nation. When one listens to the tribal conflicts of one party or its rival I wonder where the voice of wisdom is, or dare I say “Divine, Torah knowledge.”  I read an article that says that working at home and going to the office a couple of days of week is good for both the organization and the individuals.  Both American political parties agree.  However, they are fighting whether it is better to work 2 or 3 days per week at home. I ask, “Should not this be answered by each work situation?”

Pinchas ben Elazar, grandson of Aaron, at the end of last week’s parasha ended a plague of idolatry and harlotry by killing Zimri. The justification process was that God’s anger was kindled against all those bowed down to Baal Peor.  Moshe gave the order to kill all those who were idolaters.

In this week’s parasha, Moshe rewards Pinchas for rooting out an abomination and preventing a bigger disaster.   God made a covenant of peace with Pinchas. We don’t really know the terms of the contract except for that the hereditary priesthood was granted to him and his descendants. This made Pinchas a leader.

Say, therefore, ‘I grant him My covenant of friendship.

It shall be for him and his descendants after him a covenant of the priesthood for all time, because he took impassioned action for his God, thus making atonement for the Israelites.’”    (Numbers 25:12-13)

Ruthlessness was the leadership skill that Pinchas exhibited. That is the skill to take quick decisive action, even if lethal, for the sake of the people.  This was not a skill that Moshe has the expertise.  If Moshe would have aspired to leadership as a young man, he would have been dismissed from the corporate offices.  He was a reluctant leader.  No matter what teaching and learning skills he possessed, he did not have the military skill of Yehoshua, or the ability to make quick strategic decisions. Moshe was able to pick leaders, with the help of God, in the religious, justice, and educational areas.

The covenant of peace relates to the harmony that must exist between people and also between man and God. The concept of shalom encompasses tranquility that exists when human beings can put aside petty differences for the greater good of the organization and society in general. Shalom also refers to the inner peace that is needed to balance the pull of conflicting demands on our time, our attention, and our physical resources.

The priesthood includes preserving harmony among conflicting forces. Passivity to injustice and unwilling to fight for the principles of the holy laws leaves a gap in shalom. One has to balance the letter of the law with the humanity and concept of the spirit of the law. It is said that the Temple was destroyed because the letter of the law was observed as more important than the spirit.  In this time of year, the three weeks, we need to think about the destruction of the Temple and how we can build inner peace, societal peace, and political peace.

The business lesson is that leadership is important for setting the culture of the organization. Good leaders get the job done.  Great leaders pick  great teams and have an effect on the future.  Great leaders leave a great legacy.