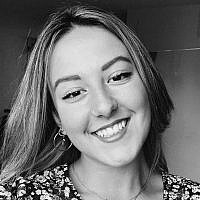 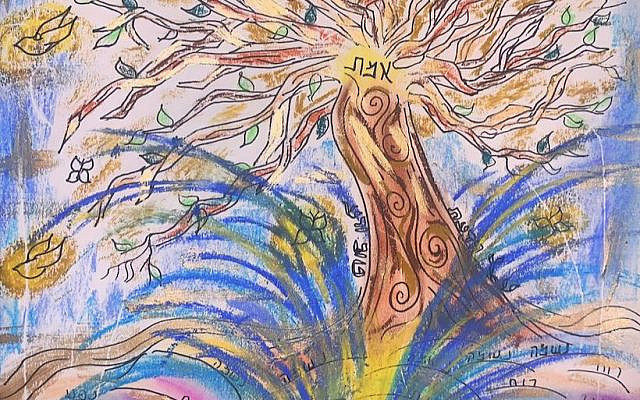 original art, inspired by the merge of Tu B'Shevat and Parshat Beshalach

This might be one of my favorite weeks in the Jewish year.

This Thursday, the 28th of January, the Jewish nation rejoices in the holiday of ט”ו בשבט, a celebration and crisp breath into the beauty of our present reality. We additionally relive one of the most monumental events ever to shape humanity. The wonder of Torah is that the parsha following the holiday of nature features an event completely contradictory, being one of supernatural presentations. Parshat Beshalach is the climax of the anticipated redemption of a displaced people. In one week, the planting of a seed and the splitting of a sea.

From a critical point of view, an established holiday revolving around elements of nature is borderline paganism. How is it that the Jewish nation, notable for their polar opposite relationship with spirituality, not only celebrates through festivities but also removes “Tachanun” (prayers revolving around forgiveness and confession) in honor of “the trees”?

However, the sanctification of a day towards our physical existence through appreciation of nature, is in essence, the most spiritual action. I’ve always learned that Hashem is hidden in nature, but it was only until a friend of mine recently pointed out that nature IS Hashem, that my relationship with these elements changed forever.

Digging our feet into the soil of our creation, our source of life and the tools G!d created to sustain that reality. This honoring of our environment lives every year as our gift to recognize obvious and conscious spirituality. We live in a world of divine design, so much so that the majority of our blessings are hidden delicately in plain sight. Our ability to open our eyes and souls to this obvious kindness is true, holy clarity.

The mundane and physical exists just as relevant as the supernatural spirituality and brings us closer to truth than we may believe. I would like to draw a connection between the often time overlooked tool of physicality to the often time suppressed moments of the “Yetzer Hara.” (“evil inclination”.) We have the ability and bountiful potential to, as Rav Shlomo Katz articulates, “Serve G!d, even with your Yetzer Hara.” He shares that our personal struggles of thought and action should never prohibit us from connecting with spirituality and kindness. Rather than pushing away our moments of defeat, we can utilize them and flourish.

There is an additionally obvious question revolving around the חג לאילנות (holiday of trees.) Why do we celebrate the birth, life and cycle of greenery in the midst of winter? The answer reveals the essence of Jewish thought and experience. The patience and faith in care and nourishment; the eternal and internal growth despite external desolation is the definition of a Jew.

The Arizal, a monumental figure of Kabbalistic thought describes the soul as having three “layers.” These layers reveal the different and unique aspects of potential within an individual. The Nefesh, Ruach and Neshama expose inner truth, therefore giving one the clarity to witness the infinite interconnectivity among all of G!d’s creations.

In the context of struggle and success, there exists spiritual and physical expressions. There can be an exile of the soul just as much as the body; equally as there can be a redemption of the two. An arguably more recognizable pain is that of physical rather than emotional, psychological and spiritual tribulations. Thankfully, this straightforward experience of physicality allows us to attain fulfilling levels of deep holiness. In the Shmonei Esrei we pray, רפואת הנפש ורפואת הגוף, for the spiritual healing of an individual as well physical, symbolizing their deeply inseparable relationship.

One of the many great Chassidic Rebbeim, the Sefat Emet always offers wisdom of extreme depth on the Parsha. I love to read and learn from his work, but this week specifically I believed that there would be a divine connection between his commentary on…you guessed it, Perek 15, פרק ט”ו and the beloved ט”ו בשבט.

He brings forth the Midrash that despite the immediate release and relief of leaving Egypt, the previously enslaved Jews remained captive to the psychological and philosophical influence of Egyptian society. He then comforts this difficult reality with the idea that the intention of having the sea split in the marvelous fashion that it was presented, was in order to enlighten the previously torn souls of G!d’s broken people.

G!d knew that the Jews were not in a place mentally and spiritually to accept the wisdom of Torah and needed a strong sense of salvation beforehand. The awe of this moment was solely based in the Machshava – the thought and perception of the people on themselves and their higher purpose. It is then no wonder that Pharaoh attempted to disassemble this marriage; the intention of the oppressor is always to fragment the once clear reality of his oppressed.

The Sefat Emet articulates, רק שהי’ הגאולה לעקור שורש הגלות — the concept that this redemption of mind and belief was intended to uproot the systemic institution of insecurity the Egyptians injected into the Jewish psyche.

The שפת אמת also notes that there is an implication of Geulat Mitzrayim (Exodus) in the daily mitzvah of wrapping tefillin. The tefillin envelops the hand to infuse our spirituality into our mundane actions and head to merge our spirituality with our thought. Both placed in order to bring a holistic relationship with the Creator and creation.

From these deep insights, I believe we learn that a significant aspect of Geulah is the process. The effort to heal our thoughts, our mindset—our conscious and subconscious relationship to G!d and spirituality.

R’ Menachem Feldman of Chabad.org, more than 100 years later wonderfully compliments the work of the Sefat Emet by recognizing the splitting of the sea as an essential reveal and overall symbolism of just how creative the intricacy of Hashem is. Additionally as significant the divine design would be towards the relationship with Bnei Yisrael. He also notes that many Kabbalists refer to the ocean in general as a physical reminder in our world that G!d’s plan is not only hidden, but exceptionally powerful and equally as beautiful.

An experience not only significant to Jewish history and practice, but one that serves as an introduction to divine presence that all nationalities can connect to.

The 15th of Shevat grants us the experience of G!d through our clear and visible reality. Parshat Beshalach guides us into experiencing G!d in abstract, hidden paths.

Both the conscious and subconscious actuality of the two remind us who we are.

During the exodus from Egypt, this rejuvenated nation of Israel finally sang their soulful song of gratitude. To follow, noted in the next parsha (Yitro) is the receiving of the Torah and with that the concrete essence of the Jewish nation. There is devastatingly a climbing altitude of Antisemitism/Anti-Zionism around the world under the false premise that Jews are “pompous” and therefore consider themselves entitled to superiority.

With all of these ideas in mind, I pray everyone feels the depth of hidden spirituality within the obvious blessings in life and the comfort of clear holiness among the more concealed.