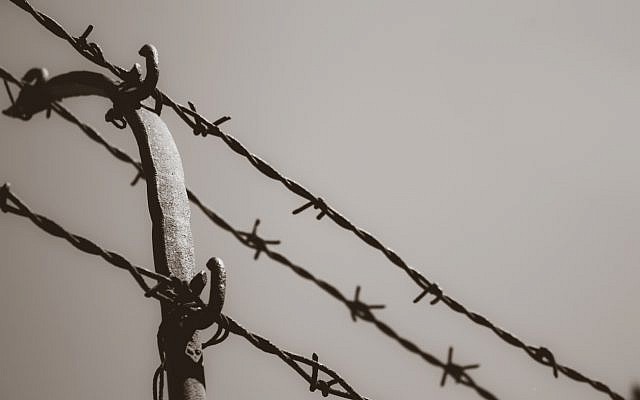 I took issue a couple of years ago with those who “accuse Jews and particularly Israelis of ‘playing the Holocaust card’ to achieve nefarious ends” — “the ubiquitous call to Jews to shut up already about the Holocaust.”

Now I take issue with something that is arguably worse: Jews accusing other Jews of “playing the Holocaust card” — politicians, pundits and trolls slamming those who protest the deportation of African asylum seekers for mentioning or evoking the Holocaust in the same breath.

Many say that the protesters — many of whom are children and grandchildren of Holocaust survivors, not to mention the survivors themselves — must not refer to the refugee experience we share with the Africans in our speeches and signs. That this compares the deportations with the Holocaust, somehow cheapening the Holocaust and the memories of those who perished. Let me assure you all that I and the other protesters are not comparing deportation — even fatal deportation — to systematic genocide. Nor do we cheapen anything.

It is simply that — especially on Pesach — we cannot help but see the connections. Even those who desperately want to cannot in their Jewish heart of hearts avoid openly or secretly associating our suffering as a persecuted people with the suffering of the African strangers in our midst.

Just before Pesach in the Lodz Ghetto, my already starving grandmother Miriam z”l traded a chunk of stale and moldy bread for a small beet and a half cup of flour, says my mother Rivka. She crushed the beet and strained the juice through a rag. She mixed the flour with dirty water, rolled it out, poked holes in it and baked it. On Erev Pesach, she fed each of her emaciated four children and her broken-backed husband a piece of the “matzo.” And they drank four cups of beet “wine,” blessing everything they could.

My husband and I were not yet a couple when an aging Kurdish Jew from the box factory next door walked into the hen house at Kibbutz Gezer to invite us to his family’s pre-Pesach celebrations at the neighboring moshav. The entire extended family — more than 50 people — were standing around a lamb tied to a post. Our host recited a few blessings before slaughtering the lamb and spilling its blood in a puddle on the ground. Every member of the family from old to young lined up to stamp their bloody hands on the newly whitewashed door. Lest the Angel of Death who “passed over” the Jewish homes to slay the firstborn sons of Egypt get the wrong address.

When I saw that blood on the door, I couldn’t help but think of my Savta Miriam and the beets and the wine and the whole bloody mess.

But I also thought of my Savta Miriam z”l when a tall, dark man came into the nurse’s room in the Physicians for Human Rights clinic in Yaffo. He turned over hands twice the length of my own to reveal palms that might have reminded this California girl of the Golden State Warriors. But they were riddled with staples oozing and bleeding at their edges.

“What happened?” I asked in my broken Arabic.

“I climbed a barbed-wire fence,” he told me in his broken Arabic. At once, I understood that he had climbed the fence on the Egyptian border to what he hoped was freedom in Israel.

As I painstakingly pulled out the staples that a harried IDF doctor had used to close his wounds, he told me how afraid he was when he saw the soldiers on the Israeli side. He said that Egyptian soldiers had gunned down more than 30 of his Sudanese landsmen who were sitting on a sidewalk in Cairo to protest the treatment they had received there. And how shocked and grateful he and those with whom he entered the country were when our soldiers offered them urgent medical care, food, drink, and words of encouragement.

I lost count of how many staples I removed with a tool best relegated to a stationary store. But I like to think that the doctor had put in 36, the number of times the Torah tells us that we must treat the stranger in our midst with kindness. By the time I finished, his hands were as bloody as the ones stamped on the door at Moshav Azaria. And when my rabbi, Rabbi Miri Gold, asked me at the following seder on Kibbutz Gezer to say something about freedom, all I could think of was his hands.

Our Torah commands us to remember our own suffering as we remember the suffering of others “for you were strangers in the land of Egypt” (Exodus 22:21). As if we could forget.

As if we kids could sing “Avadim Hayinu” — we were slaves and now we are free — at Pesach without remembering that the adults at our seder table were slaves in Auschwitz and Theresienstadt.

As if we could or should forget that the Africans who board the bus in south Tel Aviv walked through the Egyptian desert, leaving sexual slavery and/or forced military service behind to seek freedom.

As if we could or should forget that we are free, and they are scheduled to return to slavery on April 9 — at some delay. Because even our cynical government could not get away with deporting them during Passover week as originally planned.

As if we could or should forget that the Angel of Death passed over our doors in Egypt, but not in Poland or Czechoslovakia or Iraq or Tunisia.

As if we could or should forget that blood-stained hands — be they those of the perpetrator or the victim — look the same on everyone.

As if we could or should forget that on this Passover the stranger in our midst is scheduled for deportation on April 9. Excuse me for mentioning that again, but I could no less forget that than I could the beet-stained hands of a grandmother I never knew.

About the Author
Varda Spiegel was Nurse-Director of the Bedouin Mobile Unit of the Negev, later serving as Maternal-Child Health Director for the Ministry of Health Jerusalem District. I am the author of Hershele and the Chicken Skates, was the English Web Content Manager for the Israel Museum and have translated from Hebrew to English for Haaretz and the ANU Museum of the Jewish People. I'm a grandmother, mother, and beachbum.
Related Topics
Related Posts
Varda Spiegel
Comments