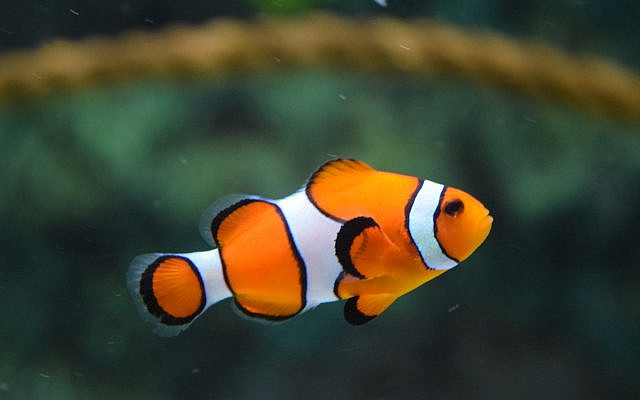 Would this fish babble in English? (A Free to Use Picture by crisdip from pexels.com)

With covid-19 and yet more rockets from Gaza dominating the news, I decided it was time for a little light relief. The political situation is certainly amusing but did not hold my attention, I had seen it so many times before. In desperation, I turned to the many advertisements in my Friday morning newspaper.

It was immediately clear that the advertisers had no interest in the English language, despite the fact that the newspaper is intended for English speakers. Some 2% of Israelis are native English speakers, joined by many tourists and diplomats. While a tourist might not be interested in buying an air-conditioner, most hotel rooms already have one, they will not be impressed by the level of English in use in a supposedly first-world country. Advertiser’s carelessness reflects badly on all of us.

Let us look at a few examples.

An advert for air-conditioners from a well-known company tells us it’s “An Advancement of the Series”. After this eye-catching misuse of the English language, the advert advances with some more interesting blather, until we reach the bottom of the page and learn that *Expires 17.8-18.9.2020. We search in vain for anything that might expire, certainly nothing that might drag out its expiration over the course of a month. There is nothing on offer and no companion for the * to draw our attention to more information.

The advert concludes with the statement – “The test was performed by a GMP certified laboratory”. There is no indication of what test, which is not surprising as GMP tests are for pharmaceuticals. A total waste of nearly a page of my newspaper.

Another large advert tries to sell me rental housing. But I must hurry as “90% of the apartments are already have been rented”. Even the long-gone Babel Fish translator would have done a better job.

Yet another almost full-page advert for furniture advises me “Subject to be valid until 18.9.202”. We seem to have missed that by a couple of thousand years, but as we are not told what the ‘subject’ is, it probably doesn’t matter.

These advertisements do not come cheap. Why companies are prepared to fork out large sums of money but cannot be bothered to run their advert past a native English speaker, is beyond me.

After some 50 years in Israel, I still let my children, and now my grandchildren, have a quick look at anything I write in Hebrew. Advertisers, take note – they come highly recommended and are available at very reasonable rates.