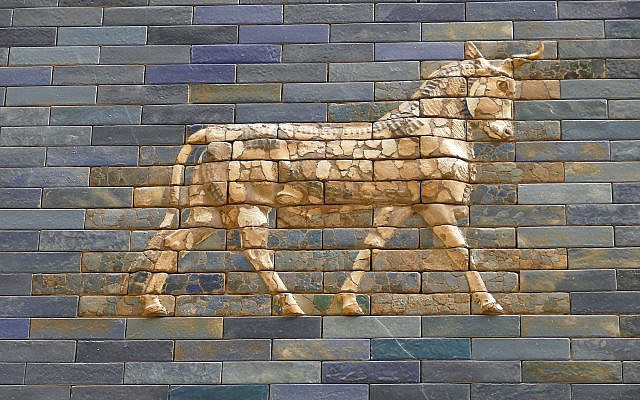 Image by falco from Pixabay

Timeless wisdom for us all.

Very grateful to have a chance to republish the original here on Times of Israel.

Behold my wrath and do ye tremble!

Not one soul, howe’er so nimble,

So fleet of foot, so swift of wing

Can dare to stand aright before my throne

Nebuchadnezzar am I, the King of Kings, the Lord of Lords

All nations, bowed and broken, fall before my hordes

I have no maker, and no creator, self-generate Emperor I

Thought all mere mortal flesh is born to bloom and die

Yet I, great Sovereign of a thousand lands

I rule the earth, I gaze the sea

None there are alike to me

Nor Pharaoh with his mighty hand

Nor Nimrod, first prince of all the land

Nor Cain nor Lamech, nor piddling Philistine

Can be ascribed such lustrous fate, such gloried destiny as mine!

Pish! Away! Those who piss against a wall

I am your maker, your creator, and my mighty arm, We shall encompass all

Was e’er a mightier tyrant, despot, a giver of gifts sublime

Ever brought to hallowed birth

Was e’er a greater name above all names,

If thine hubris, thine infernal pride serve only to bray forth thine infamy

To a higher Monarch still, whose glory he never once will share

Avaunt! Away and shiver, in reprobate abandonment’s hellish frost

For none shall ever take upon themselves the Name of Power

Except that, in all humility and self-sacrifice, they kneel in prayer,

In fear and trembling, to count the cost

But now forever, O brute of brutes, thy paltry kingdom

With thy once so radiant and resplendent soul