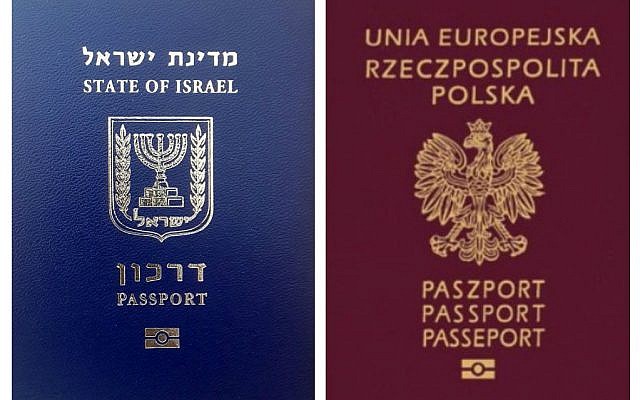 The answer to the headline’s question is: to acknowledge the oppression and how grave it is and to add that that still doesn’t justify Jews’ hatred.

It is not helpful enough when each side only stands up for its own suffering and victimhood — or worse: competes who was hurt more. Both are right and both were hurt but both sides need to acknowledge the other’s truth and pain too – and not equate the sufferings either.

What we certainly don’t need is to muffle (“deescalate“) the truth, soften it all up and just put a bandage on the old wounds. The truth should be said out-loud, but the truth of both sides.

Ethnic Poles and Polish culture were targeted monstrously by the Nazis and their warped racist outlook. Unlike with the Jews, their goal was not to eradicate Slaves but their culture needed to be destroyed and the Slave to be degraded and enslaved. They too were considered inferior to Aryans.

Unfortunately, anti-Semitism had been virulent before, during and after WW II in Poland. Not for nothing, Nazi-Germany established most of the extermination camps on Polish soil. In the Netherlands it would have been unthinkable. There wasn’t enough Jews’ hatred around to do that.

It is true that Poland had a record number of Gentiles who risked their very lives and that of their families helping and hiding and saving Jews. The enormity of that cannot be overstated.

However, the Polish Heroes do not wipe away Polish hatred of Jews, in thought, action and inaction. They may have partly saved the self-respect and honor of Poles but these Defenders of Jews are mostly questioning why so many did nothing and an indictment of the ones who aided the Nazis.

Modern-day Germany shows that national pride doesn’t come from arguing away a less than perfect past but rather from acknowledging and disavowing what wasn’t that good.

Way before WW II, Poland was notoriously known for its anti-Semitism. Apparently, it is not cured of it yet.

Polish politicians vouching for their friendship for “the Jewish nation” (sic) but denying past and present anti-Semitism does not cut it. Neither will publicity seeking Jews and their media who plead for civility. Nor amateurish US diplomats trying to sound “reasonable.” Nor looking at other aspects of the Israeli-Polish relationship.

The denial of historic (and present) anti-Semitism goes further than trying to whitewash a stained past. It makes that one calls the persecutors persecuted and vise-versa and it muddles all clear thinking about Jews. Now Poland even wants to engage the Iranian regime in the Middle-East peace process. If Hitler were alive, they would slot him in too?

Dual acknowledgment (of Poles’ suffering and complicity) is not only in this issue appropriate.

Also in issues not connected to WW II, dual acknowledgment can save the day, for instance regarding abortions. Every human life is worth saving and women must decide for themselves. Recognition of both plights may shift the attention from mutual recriminations to joint efforts for prevention of unwanted pregnancies and adaption programs.

How lovely it would be if both states would not deliver a dual message but just acknowledged each other’s pain. Poland decrying its anti-Semitic past and present and Israel voicing empathy for the ethnic cleansing the Nazis attempted on the Slaves. Win-win if ever there was such a possibility.

Say it loudly and proudly. Nothing else and no beating around the bush anymore.