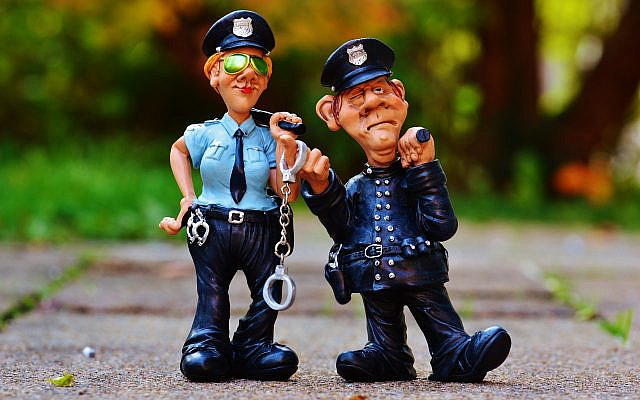 Looking for a Rabbi? (Picture - Free to Use from pexels.com)

The policeman was quite clear. “Please don’t rob that bank” he said, as politely as possible. The bank robber didn’t bother to reply; he had his work to do. After all, bank robbers rob banks.

You might think that this story is absurd, the police know their duty and do not shrink from doing it. But this is what is happening today, here in Israel, when the police are unable or unwilling to act against those breaking the regulations designed to reduce the spread of the Covid-19 virus.

The police know who is ignoring the regulations and where these serious infringements are taking place. The haredi, ultra-orthodox, Jews and our Arab citizens are choosing to ignore the simple regulations that should keep us all safe.

The haredim are listening to rabbis who do not understand one of the basic tenets of Judaism – the sanctity of life.

We read in the Torah “You shall observe My statutes and My ordinances, which a man shall do and live by them . . .”  This has been understood as an instruction that the mitzvot are to live by and not to die by. In general, a Jew should disobey Torah law rather than be killed.

There are just three cardinal sins that require the believer to choose death rather than transgress them, murder, idolatry and incest. Otherwise, if your life is in danger, all the laws of the Torah go out the window. Stuck on a desert island with nothing to eat but pork, not only can you eat it but, to save your life, you must eat it (I’m not sure you are allowed to enjoy it!). It’s Shabbat, and you need to get to hospital, jump in your car and drive there without a qualm.

Placing your life in danger, and worse, placing other people’s lives in danger is a sin. While Covid-19 is with us, there is no justification for large wedding parties or packed synagogues.

One of the prominent leaders of ultra-Orthodox Jewry in Israel, Rabbi Chaim Kanievsky, has told yeshiva students not to take a test for the virus. He is reported to fear that testing would disrupt yeshiva life as students would take time away from their studies to get the test. Even worse, for the good rabbi, students who had come into contact with a student with a positive result would need to go into quarantine. He was not concerned about the student’s health, only the disruption to his yeshiva classes.

Perhaps the good rabbi does not know, or does not care, that hundreds of yeshiva students have been diagnosed with the virus since studies resumed at ultra-Orthodox institutions in late August.

It is bad enough that we “ordinary” Jews serve in the IDF and pay our taxes, to allow these parasites to sit safely in their yeshivas. But now, Israel’s public health is threatened by rabbis who believe that their personal power and prestige is more important than the health, even lives, of citizens, religious and non-religious alike.