There is a phenomenon happening in Poland’s Jewish community.  A phenomenon that Jewish communities around the world and in Israel should take heed as to what is occurring in Poland. There was a time, at the turn of the century, and for nearly 800 years that Polish Jewry was considered the leading Jewish community in the world, culturally, religiously and by mere population.  Today, after 70 years of dormancy, due to being nearly completely wiped out during the Holocaust, there is a rebirth happening there, and we can all learn something from their example.

In September 1986, National Geographic magazine featured an  article titled, “Remnants: The Last Jews of Poland.”  The article forecasted the disappearance of Polish Jewry within a few years and displayed photos of poor, destitute, elderly Jews.  During the interim years between 1945 and 1986, most of the Jewish community that remained after the War were forced to leave in 1957 and 1968 as a result of the dictates of the then leader of Poland, Władysław Gomułka.  Those Jews today are referred to as “Golmulka Yidden.”

In 2001 I went with my mother, a Holocaust survivor, for the first time to the town she grew up in south of Krakow.  Again, there was no apparent hint of Jewish life in Poland.  The Polish government capitalized on tourism to the Jewish sites and death camps with glossy fliers.  Hasidim from around the world visited the graves of their rebbes.  There were young people from the United States going on pilgrimages via March of the Living to the death camps.  However, on Shabbat only Jews from abroad with three to four Krakowian Jewish survivors attended service at the Remuh Synagogue.

In 2010 I went to Poland by myself to witness that country through my eyes.  It was a different Poland.  The Chief Rabbi of Poland, Michael Schudrich, who has served in Poland for nearly 20 years was extremely occupied with the budding Jewish awakening throughout the country.  His synagogue in Warsaw, the Nozyck Synagogue held Shabbat services that was attended by Jews from Poland and abroad.  A Jewish Community Center (JCC) in Krakow was built just three years prior to my visit courtesy of Prince Charles of England and headed by Jonathan Orenstein.  A small, young, yet vibrant Jewish community was in its formative years in Krakow.

As I was enjoying Erev Shabbat dinner that year in Krakow, there was a large contingent of Polish high school students who joined us.  They were not Jewish, but expressed their reasons for attending.  Poland is at an age of seeking its identity as a country.  This once proud 800 year old country was briefly independent for 20 years at the early part of the 20th century after being divvied for 123 years, between 1795 and 1918, between Tsarist Russia, Prussia and Austria-Hungary.  Then the Nazis invaded and occupied them.  After that nightmarish period, the Soviets for over forty years exercised their hegemony over them and taught the Poles what it means to be Polish-from a Soviet standpoint.

Today in 2017, there are even more exciting happenings occurring inside the Jewish community of Poland as well as Poland itself.  Warsaw now has a JCC under the directorship of Agata Rakowiecka, a dynamic 32-year-old. The JCC, whose main source of funding is the American Jewish Joint Distribution Committee and is also supported by the Taube Philanthropies, just celebrated its three-year anniversary. Six years ago, there were three congregations in Warsaw. Today there are six, including a progressive synagogue under the spiritual guidance of Rabbi Stas Wojdechowicz.  Also in Warsaw, Michael Schudrich, the Chief Rabbi and his two rabbinical assistants, Rabbi Moshe Chava Bloom and Rabbi Yehoshua Ellis are as busy as ever crisscrossing the country daily.

There is a reawakening in Poland.  Grandparents and great grandparents are admitting to their children, in their twilight years, that either they were Jewish or there were Jews in their lineage.  This was kept secret for many years, but now that Poland is free, the secret is out.  Under Nazi rule, to be Jewish was a death sentence.  Under communist rule, it was a mark of shame and fear.  Better to keep it a secret than to let your children and grandchildren know the truth.

As a result of this new “knowledge,” the current generation is going through an identity crisis.  It is a dual conflict.  Not only are Poles learning to find out what it means to be Polish, but to add the Jewish component, they are now asking the existential questions that every Jewish community in the world and diaspora should ask itself:

This column is not comparing the Jewish community today to the prewar community of Poland.  That is unfair.  The Jewish world is vastly different and this is not a population comparison.  For those few who have visited Poland, enter the JCC Warsaw on a Sunday Morning.  The JCC sponsors a Boker Tov breakfast for the community.  The room is packed with overwhelmingly young Poles: Jews, non-Jews and Poles with Jewish lineage.  Talk to them.  Listen to their conversations and concerns.  This is a community in the making.  On the other side of town, the Chief Rabbi and his assistants are busy traversing the country counseling Poles who discovered the Jewish lineage in their family.  They are fulfilling their mission with utmost sensitivity.  Enter the Nozyck Synagogue where the chief rabbi is based.  There is a young man who for years dressed in full Hasidic regalia: fur shtreimel, a bekishe and a gartel.  When I asked him in Yiddish to which Hasidic group he belonged to, he responded that he does not speak Yiddish, does not know of Hasidic Yichus in his family, but just “feels Hasidic.”  At the Progressive Synagogue,  Rabbi Stas Wojdechowicz’s  services and classes are packed with a young people “hungry” to learn torah and anything about Judaism.  In this progressive synagogue, there is a young man with payot wearing tzizit and women wearing tallism and another gentleman who will not violate the Sabbath by carrying even my business card.  Plus, in recognition of what is happening in Poland, The American Jewish Committee just opened up its newest office March of this year (read David Harris’s “Why Poland”  https://blogs.timesofisrael.com/why-poland-2/ ).

Yes this is a country, that not only its people are going through an identity transition, but so is its Jewish community.  We, as diaspora Jews, have so much to learn from them.

About the Author
For nearly thirty years, Saul passionately devoted and immersed himself to studying Jewish life in interwar Europe. Overnight, not only did this 1000-year-old community vanish, but so did its complex communal infrastructure. What piqued Saul Chapnick’s interest and curiosity was finding out exactly what it was that disappeared. In talking to politicians, survivors, scholars, Jewish communal leaders from Eastern Europe, and making trips there, Saul Chapnick was able to uncover the richness and the tragedy of interwar Jewish life in Europe. At the same time, Mr. Chapnick has discovered a limited reawakening of Jewish life in his parents’ and ancestors’ native land, Poland. Saul Chapnick has talked in various venues whether Yiddish and Yiddish Culture still has relevance today. He has also spoke about the importance this 19th and 20th Century world has to contemporary life today as well as to post-Holocaust Jewish identity. He also prepares the adult participants of The March for the Living about modern day Jewish Poland
Related Topics
Related Posts
Comments 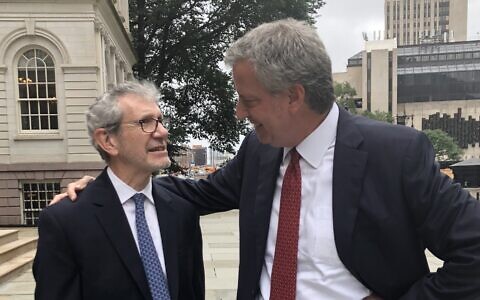 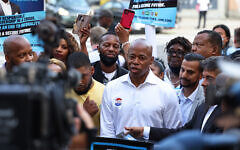 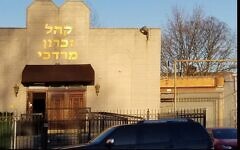 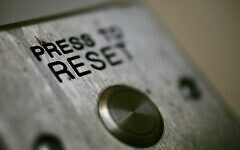 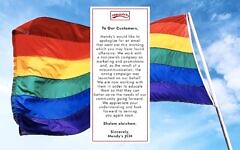 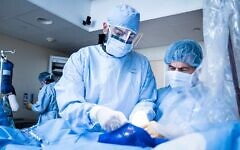