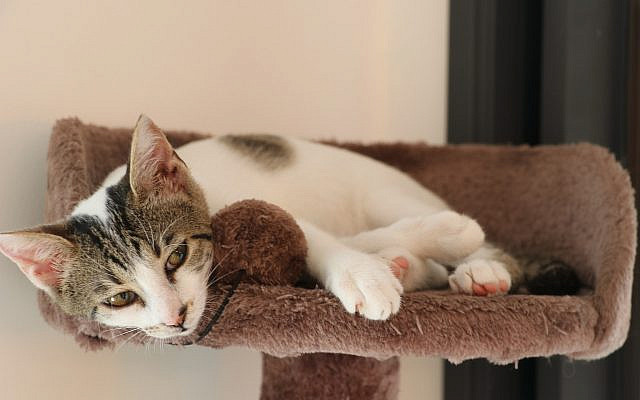 Her arrival seemed a fitting way to celebrate the one-year anniversary of our move to Israel, a sign that we were putting down roots. She was also going to be a wholesome distraction from coronavirus isolation and the madness of Israeli and American politics.

My wife named the new family member Jem, after her favorite Israeli beer, and she loved Jem from the start. I wasn’t so sure about sharing our small apartment with a four-month-old kitten, but I wanted to be open-minded. Life during the pandemic is all about resilience and adaptation.

To my surprise, Jem turned out to be friendlier than I expected. There I was running around our apartment playing cat and mouse with the little sprite.

My wife nicknamed her Jembalaya, after the West African rice and meat dish, which is where we ran into trouble. Someone we know and respect said, “I think you may want to rethink that nickname. It’s cultural appropriation of a food you don’t even like.” (My wife’s a vegetarian.)

I could understand if we had nicknamed her Mother Teresa, Sacajawea, or Melania Trump. But Jembalaya?

Let me put my cards on the table. I’m a life-long Democrat. I support a woman’s right to choose, the separation of church and state, intelligent gun control, and enlightened immigration legislation. In my world view, those are not politically correct stands; they are signs of a civilized society. I strongly agree that global warming is a menace to humanity. I also believe that all lives matter, but until “all” includes Black people, I support the Black Lives Matter movement.

That said, I am nobody’s knee-jerk Democrat, certainly no radical left-winger. I do not believe that looting businesses and burning down government buildings helps the cause of social justice. Bernie Sanders and Alexandria Octavio-Cortez don’t move me. I’m a proud member of the Rational Republicans Facebook group and have voted for a Rebuplican once. Actually twice, but voting for John Kasich in the 2016 presidential primary to deprive Melania’s husband a vote doesn’t really count.

Which brings me back to Jambalaya, with its French, Spanish, Native American influences, and New Orleans caché. Some compare it to gumbo, paella, and entouffIé, but I believe none of those names match the melodious beauty of Jambalaya. Calling our kitty Jembalaya is a sign of affection. In the privacy of our own home I feel it does no harm. She is not a professional baseball team, after all. She never leaves the apartment. 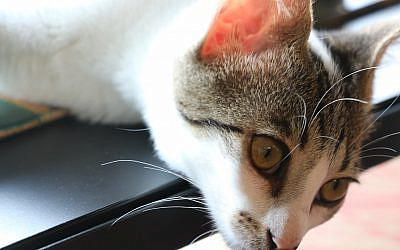 Once upon a time, we had a dog named Gypsy. A professor of Romanian Folklore told us that was demeaning to Romani people. We never changed Gypsy’s name, and there are moments when I regret that choice. During the Holocaust, Romani were rounded up and murdered by the Nazis just like Jews.

Falafel would be cool, but it’s controversial. Egyptians say they created the popular street food, while Israelis consider it their national dish.