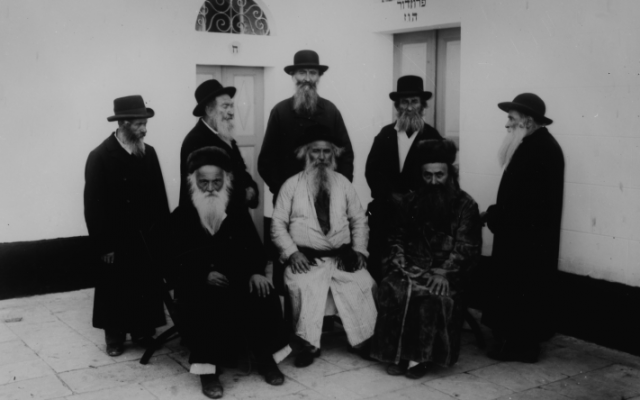 Old Jewish men in Jerusalem, circa 1900 (Library of Congress)

In the wake of the Corona plague, hundreds of bodies of deceased Jews have been flown to Israel for burial, either in cargo planes or private jets. Many more lie in a temporary graveyard in New York awaiting burial in Israel.

That reminds me of a haunting incident told by the American statesman William Seward in 1870. Seward served as Abraham Lincoln’s Secretary of State, and he traveled the world and published his travelogue. He wrote of his voyage to Palestine:

The Jews throughout the world, not merely as pilgrims, but in anticipation of death, come here to be buried, by the side of the graves of their ancestors. As we sat on the deck of our steamer, coming from Alexandria to Jaffa, we remarked on a family whom we supposed to be German. It consisted of a plainly-dressed man, with a wife who was ill, and two children – one of them an infant in its cradle. The sufferings of the sick woman, and her effort to maintain a cheerful hope, interested us. The husband, seeing this, addressed us in English. Mr. Seward asked if he were an Englishman. He answered that he was an American Jew that he had come from New Orleans, and was going to Jerusalem…

The day after we reached the Holy City, we learned that the poor woman had climbed the mountain with her husband and children, and arrived the day after us. She died immediately, and so achieved the design of her pilgrimage. She was buried in this [Mt. of Olives] cemetery. She was a Jewess, and, according to the Jewish interpretation of the prophecies, the Jew that dies in Jerusalem will certainly rise in Paradise. 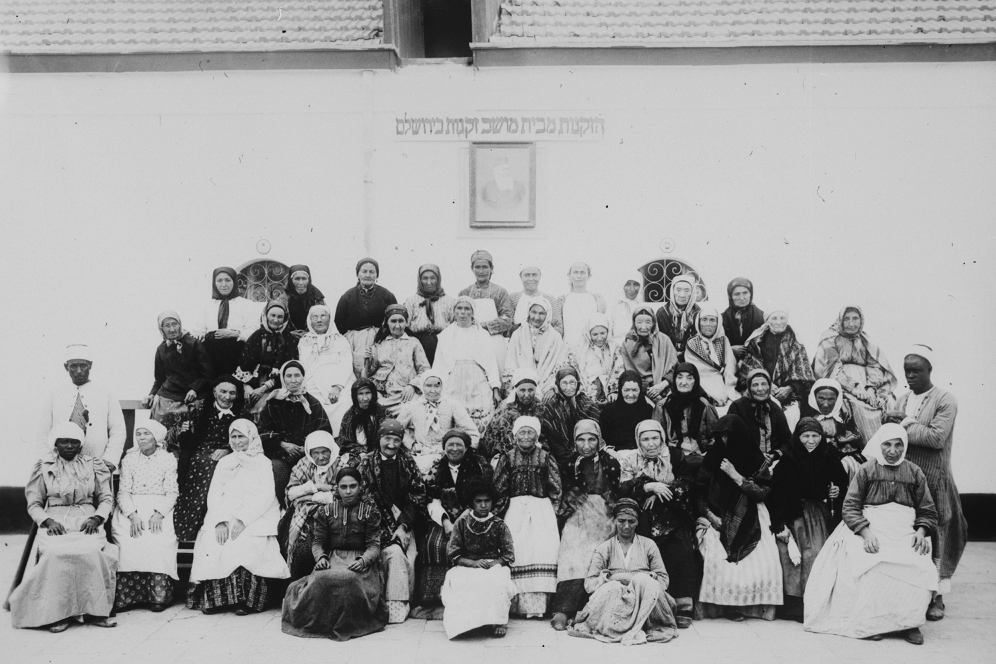 Residence for older women in Jerusalem. (circa 1900, Library of Congress)

Several decades ago, a very wise and talented Cantor in my parents’ synagogue left an exceptional career in Washington and Montreal and moved his family to Israel.

Why? The Holocaust survivor was asked. “Because, as I pray every day, I want to go ‘upright – komemiut’ to the Land and not lying in a coffin under the plane,” the chazan responded.

“Hurry and bring us blessing and peace speedily from the four corners of the world; Lead us speedily upright to our Land.” – from the daily Jewish prayer preceding the Shma.

One important lesson in the first wave of the COVID-19 epidemic was the vulnerability of the older generation of Israelis – generally classified as over 65 years old. They were more susceptible to the disease, and their mortality rates from the virus were higher (and in general, of course). Like in the United States, there were cases in Israel of criminal and unconscionable abandonment of elderly residents in some nursing homes.

Israel’s older population suffered from their quarantine. Israel’s then-Defense Minister, Naftali Bennett, warned in March, “The single most important thing to beat Corona is to stay away from Grandma and Grandpa. Love them from afar.”

Many grandparents learned to communicate with their families via computer video programs, but it just wasn’t the same. The hugs were gone. The elderly’s freedom to shop, pray in a synagogue, attend cultural events, or sit in a café was curtailed. The Passover period was particularly difficult, when the Passover Seder had to be conducted without family. Imagine the pain for a widow or widower.

What Is the “Third Age?”

Not too long ago, people older than 65 were considered “elderly” and even infirm. But a paper written by Dr. Stephen F. Barnes of San Diego State University in 2011 re-defined that population grouping as “the Third Age,” now considered by many to be the ‘golden years’ of adulthood.” Barnes framed those years as between the ages of “65 and 80+.” He noted this is a “period of adulthood when typically, there are fewer responsibilities (e.g., career and family-rearing) than before, and, when coupled with adequate financial resources and good physical and psychological health, offers rich possibilities for self-fulfillment, purposeful engagement, and completion. At the individual level, the Third Age can last a few years or as much as two decades or more.”

The Israeli mobilization to confront the Corona plague was so multifaceted it shone like a diamond. The hospitals, health care organizations, and first responders were hailed as front-line combat soldiers. Medical, military, and hi-tech facilities shifted to fighting Corona, searching for a vaccine, or solving shortages of ventilators and personal protection gear. Teachers engaged their students online. Food kitchens were established to prepare and deliver food to shut-ins.

IDF soldiers were retrained to run hotels for quarantined patients, deliver food and medicine to the elderly, administer nursing homes, and even babysit for the children of essential workers such as doctors and nurses. National Service teenagers, those who choose volunteer work in schools, hospitals, and government ministries instead of military service, pitched in.

That experience for thousands of young Israelis should not go to waste. 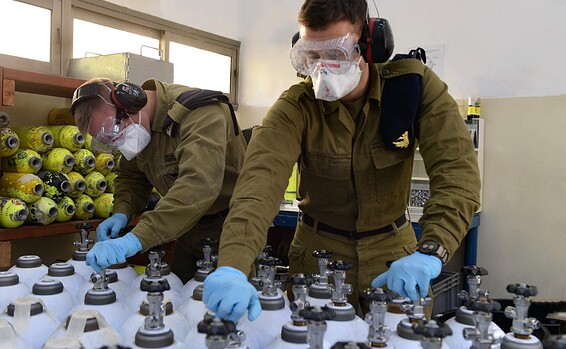 How Israel Should Now Respond

In Florida, large complexes for “55+ active adult retirement communities” are quite in fashion in Boca Raton, Boynton Beach, and Delray Beach, to name a few. Around Israel, such 55+ apartment complexes should be constructed as quickly as possible with government and private funding for local Israelis and olim, who may be on their way to Israel en masse in light of the Corona and social upheavals.

I suggest the construction of a Third Age Center on the bare Eitam Hill in Efrat, for example. Besides a huge number of housing units, the campus should include medical and gerontology facilities, synagogues, recreation centers, restaurants, exercise centers, community cable channels, mikvas, parks where children and grandchildren can visit, swimming pools, a hotel, a shopping center, and learning centers for Parsha and Daf Yomi programs, secular lectures, and workshops for music, arts and crafts. The Third Age Campus would require dormitories for National Service/IDF workers. A Kibbutz-style community kitchen and dining room could provide meals for residents who cannot or don’t want to cook in their own apartments. 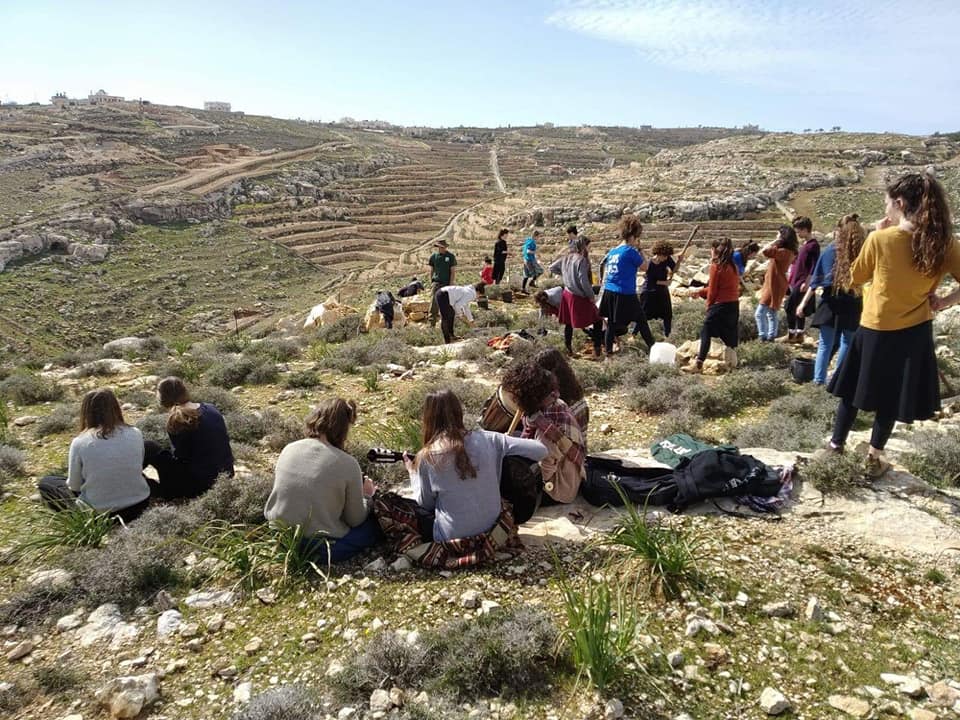 A special COVID-19 facility should be established for testing, treating, and recovery of patients. Gush Etzyon is home to the largest per capita population in Israel of doctors, nurses, and health workers who could work on the project.

The location outside of Jerusalem and shuttle buses would enable the Jewish residents of a Third Age Center to visit the Kotel, Jerusalem museums, doctors, theaters, and shopping malls. Day tours with guides should be available.

Do not dismiss building nursery and kindergarten facilities in the middle of a Third Age Campus. Israeli TV recently featured a series called “80 – 4” which matched a kindergarten class with the residents of an “old age” home. The interplay between the two groups was inspirational and therapeutic. “What I missed as a child,” said one resident at the beach with the children, “I found here with the kids after 88 years.” 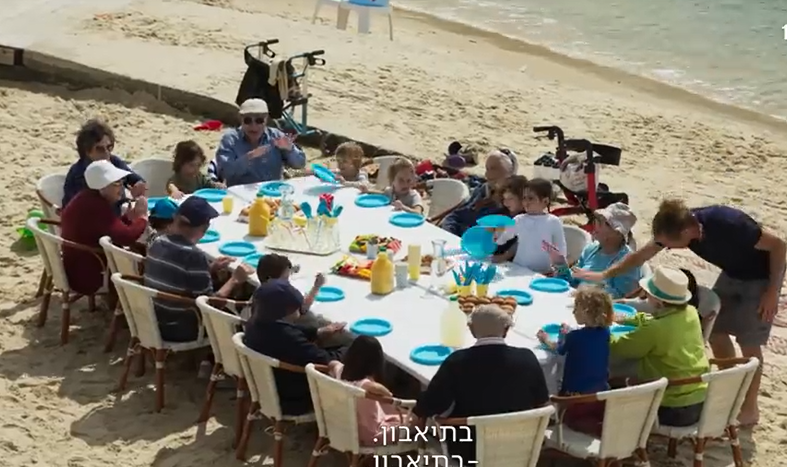 My late father-in-law, Jesse Black, moved to Israel and our home when he was 91 years old. “These are the best years of my life,” he said before he passed away six years later. He was rejuvenated, surrounded by loving children, grandchildren, great-grandchildren, and neighbors. He relearned to walk stairs, learned Torah for the first time in his life, took Tai Chi lessons, and attended synagogue (where he loved sermons by Rabbi Shlomo Riskin. After one, he declared, “Rabbi, I didn’t understand a word you said, but I loved the way you said it”). 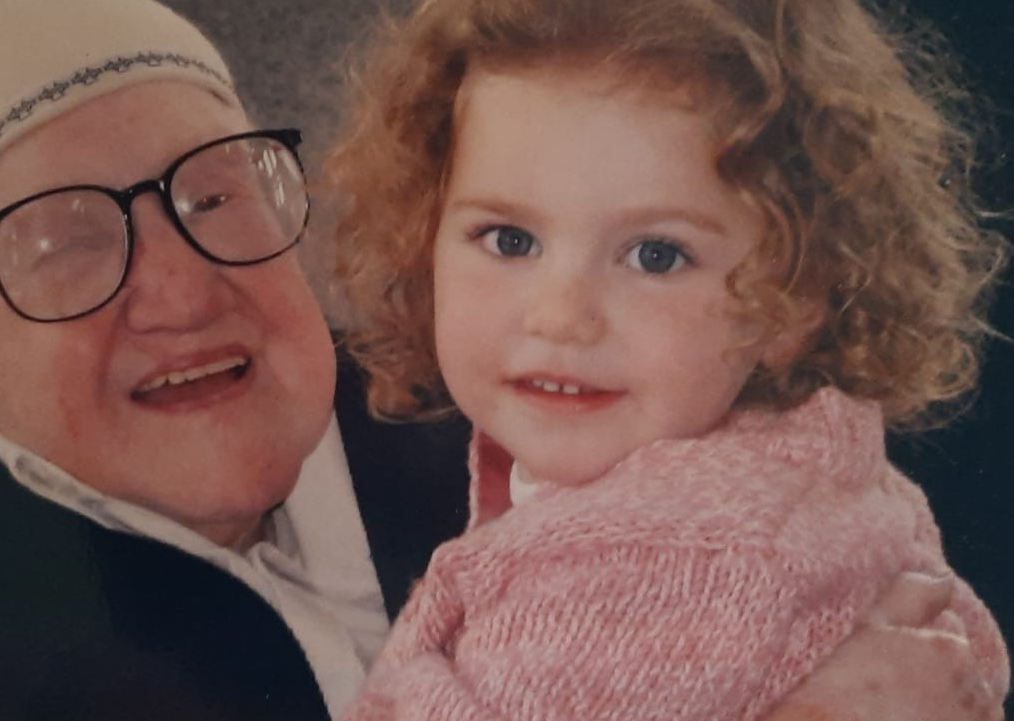 Zayde Black z”l with a great-granddaughter.

He did not come to Israel to die; he came to live, and my wife and I, children, grandchildren, and great-grandchildren had the greatest privilege to share those exciting years with him.