The Blogs
Adam Brodsky
Let's discuss stuff
Apply for a Blog
Please note that the posts on The Blogs are contributed by third parties. The opinions, facts and any media content in them are presented solely by the authors, and neither The Times of Israel nor its partners assume any responsibility for them. Please contact us in case of abuse. In case of abuse,
Report this post.

In premodern times there were overarching truths which organized societies.  For example, the Catholic Church had a monopoly on truth for many centuries.  People knew the overall story of history and where they fit in through the narrative of the Church.  This truth was very pervasive and quite strong, as evidenced by the trials of people like Gallileo or Copernicus.  In modern times, many of those older truths were overturned and replaced by newer truths.  For example, many modern societies were organized around the principles of science and progress.  It seemed to be a self-evident truth that science and progress would pave the way for the ultimate redemption of the human condition.  Modern nation-states rose up to uphold truths about their identities and their specific cultures.  The true purpose of America is therefore to defend the pursuit of life, liberty and happiness.  In France it is Liberte, egalite, fraternite.  This feeling of scientific and empirical truth was strong, inspiring and simple.  For example, journalism was simply about telling the truth.  Science was simply about figuring out the truth.  If we just told the truth, everything could be figured out.  By shining a light on all corners of society, reasonable people would clearly agree on the universal truths which would become evident, and the future course of society would almost chart itself.

In the post-modern era this conception of truth began to break down as people realized that the truth looks different depending on your biases and preconceived notions.  Today, fewer and fewer people are so naive as to believe that the journalists job is to report the truth.  Rather, it is to sift through the facts and publicize those which comport with the story they are trying to tell (or sell, as the case may be.)  Thus we see many different news outlets reporting on the exact same story but portraying it in wildly different ways.  America is the land of the free and the home of the brave.  That is obvious and obviously true.  Or is America the land of rampant and entrenched racism and thievery which stole every single thing of value it has amassed from either Native Americans or Black Africans? God runs the world, has big plans for it, and has blessed our beloved country – “God bless America.”  That certainly is true – every American politician ends any speech of consequence with those very words.  Or does God have no place in a modern society – rather, we use our own science and technology to solve all our problems, to conquer nature and disease and any other ills of the human condition?  That’s perhaps also true.  Let’s take Israel.  Is Israel a modern miracle – the realization of a two thousand year old dream to return a scattered people to their homeland?  Or is it a colonialist enterprise to project Westernism into the overwhelmingly Muslim Middle East – the last gasp of British, or perhaps now American, imperialism?

Obviously there are many ways to look at any issue; that is perhaps not news.  But in the post-modern era, even foundational truths can no longer be trusted.  We have learned from Einstein’s concept of relativity that not only is space-time relative, but that even truth itself is relative.  You can scrape away all the ulterior motives you want, try your best to dig down to the very bottom, to somehow get to the “actual” truth of an issue, but no matter how hard you try you can never get there.  There is no bottom.  There is just a never ending pit of alternative realities.  The best one can hope for is to disclose up front their biases as best they can, knowing full well that even the list of biases that they themselves generate is by definition incomplete because the generation of the list itself is based on their imperfect view of what even constitutes bias.

How does one cope with such a situation?  It is as if we are in a massive hall of mirrors with an unending array of truth versions.  Do we just stick with the truths we were born into?  If the Arab-Israeli conflict has two alternate truths, the Arab version and the Israeli version, do I just stick with the Israeli version because i happened to be born Jewish?  Or do I delude myself into thinking that I myself can somehow sort it all out, arrive at some unperturbed truth all by myself?  If there are only two main alternatives, do I just try to take some sort of average between the two?  Like the truth of “moral equivalence” so common today in some news outlets?  What happens when there are more than two truths, and there is no obvious way to arrive at any moral equivalence?  What will we do then?  And if I can’t even trust myself to arrive at the truth of a situation because I am self-aware enough to realize my own limitations, what then?  Do I consciously try to realize my own biases and then purposefully apply a correction in the opposite direction?  Sort of like Ellen Degeneres, who evidently knows she is white, over-correcting her thoughts to appeal more to African Americans in the current BLM climate?  Or like many American Jews who seem to apply a correction to their “natural” affiliation with Israel to instead take the side of the Palestinian Arabs?  Is that bad?  Wrong?  Does it arrive at a better, more calibrated truth?

It seems as if the universe has come unhinged, as if we’ve finally reached outer space and there is no longer any gravitiy to tell us which way is down and which way is up.  We’re all floating adrift, trying in vain to grab onto a piece of the spaceship for support, to orient ourselves somehow.

I don’t know what the answer is, but I feel that is has something to do with all of us trying to just be honest with ourselves.  Trying to listen to our inner voice a bit more.  Trying to give ourselves the time and space to even hear it at all.  I don’t know if that inner voice is the still, small voice of God, but it would sure be nice if there were something from outside this “relative” universe – something fixed – to grasp onto.

About the Author
Adam Brodsky is an interventional cardiologist who made Aliyah with his wife and four children in 2019, from Phoenix, AZ. He holds a combined MD/MM degree from Northwestern University and the J L Kellogg Graduate School of Management, and a Bachelors degree in Jewish and Near Eastern Studies from Washington University in St Louis. He is saddened by the state of civil discourse in society today and hopes to engage more people in honest, nuanced, rigorous discussion. An on-line journal about his Aliyah experience can be found at aliyah.move2israel.com
Related Topics
Related Posts
Comments 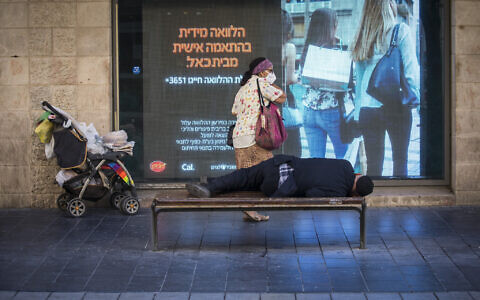 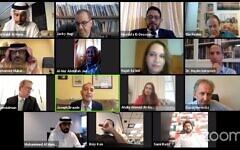