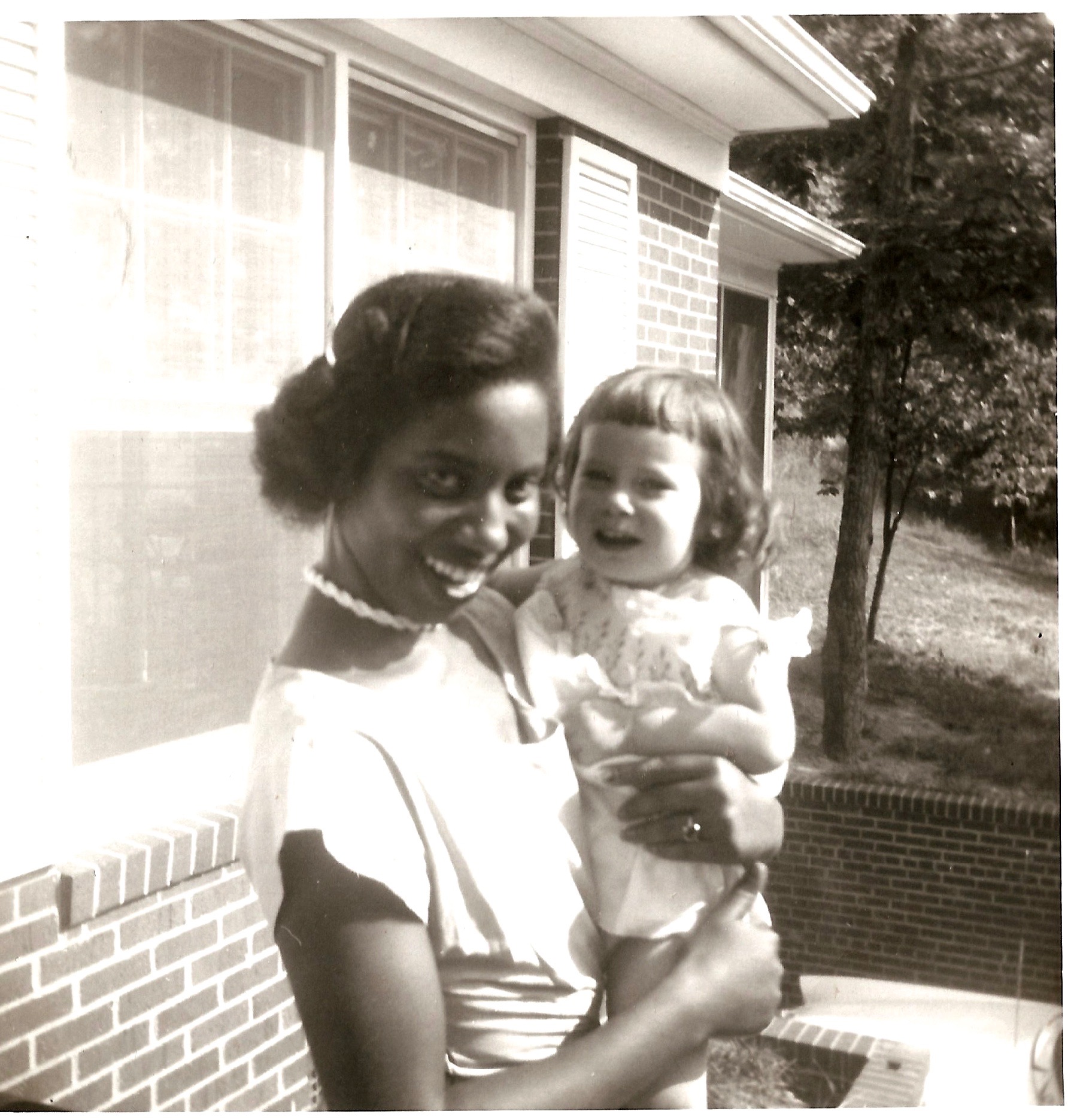 Author’s Aunt Reena as a child, held by Nora

A few months ago, my mother got a phone call from someone she had not seen for many decades. My mother grew up in the South, in North Carolina, and when she was a child, her family hired a woman, named Nora, to babysit and clean their house. She was very sweet, and my mother and her sister remember her fondly. Now in her eighties, she looked up my mother and reconnected with her. In that recent phone call, she shared a memory. One day, my grandparents gathered up the family, and Nora, into the car, to go do something special – they were going to take a boat ride.  They were all looking forward to this treat but when they arrived at their destination the boat owners would not allow Nora on the boat because she was black. My grandfather told them, if she can’t go with us, none of us are going. They turned around and left. This was 65 years ago.

I heard this story from my mother the week that George Floyd died. I was struck by conflicting emotions. On the one hand, we’ve come so far in the decades since Nora was working for my family. It is no longer legal to bar someone from a boat ride, or a water fountain, or a school, or a job, because of their race. And on the other hand, the experience of a person living in this country is profoundly impacted by their race, sometimes in deadly ways.

Social change can take a very long time. And yet, it can happen. The Civil Rights Movement did have an impact on our country’s laws, and on the experience of people of color living in our country. And yet people of color are killed by police, and incarcerated, and born into poverty in much larger numbers than people who are white, and it is our policies as a country, in the past and present, that have led to this situation. How is that still happening?

60 years ago, when sit-ins were just beginning to happen in my mother’s hometown of Greensboro, North Carolina, there was tremendous potential for change in our country, potential which even today has yet to be fully realized. The idea of potential is an important part of the holiday of Rosh Hashanah. Many of us are familiar with the rabbinic idea that the world was created on Rosh Hashanah. In fact, we will repeat it again and again in our liturgy over the next two days: היום הרת עולם. Today, the world was created. But there’s more to it than that.

In Tractate Rosh Hashanah in the Talmud, the rabbis ask the question: When was the world created? It turns out that contrary to what we might think today, in the past this question was up for debate. Rabbi Eliezer gives option 1, the one I just mentioned. The world was created on Rosh Hashanah. Rabbi Yehoshua offers option 2, one that I initially found surprising. The world was created in Nissan, the month that contains Pesah. Now, I found this surprising because I was so used to hearing that Rosh Hashanah was the birthday of the world, but in fact, Nissan is considered the first month of the year in the Bible! The month that the Children of Israel gained their freedom is the month that they started counting months, and so do we. So given that context, it actually makes much more sense to say that the world began in Nissan, the first biblical month of the year, than in Tishrei, which in the Torah is considered to be the seventh month.

Unless you’re trying to figure out the proper date to sing “Happy Birthday” to the world, however, does it actually matter? Who cares when the world was created– especially if we believe, as I would think many of us do, that in fact the world was created long before anyone was around to assign dates, times, and years? Is there spiritual significance to whether we see the world as having been created in the spring or in the fall?

If we take a look at the explanations offered by the rabbis, I think we’ll find a clue. When the world was created, the rabbis on Team Nissan say, God created nature. God created trees, flowers, grass, animals. If you look around in Nissan, which is in the spring, we see all of nature alive and flourishing. Tishrei, on the other hand, is in the fall. If you look around in Tishrei, in the fall, at least in the land of Israel, do you see flowering trees? No! If God created all of those things in the world, it must have been the month when those things actually exist! It must have been spring! That is the time when animals procreate, when the world is most alive and full, and so that must be the time that the world was created.

So if God created fruit, and flowers, and vegetation, then how might it even occur to anyone that the world was created in the fall? Well, the rabbis on team Tishrei argue, when Genesis tells us that God created fruit trees, that doesn’t mean they had fruit on them! Tishrei is the time when the rains fall, the rains that nourish the seeds that later grow into all of the vegetation that fills the earth. Tishrei, in the fall, is the month of potential. God created the world in potential, and then gave it time to grow and blossom. In this telling, God didn’t create a finished world– God created a world with potential!

I find this model very resonant. We humans, like the natural world around us, are never finished. You don’t get to a certain age and become a complete human being. We change, develop, and learn throughout our lifetimes. We always have potential, at every stage of our development.

I find the idea of the world being redeemed in the spring an intuitive one. Nissan is the month when we celebrate the exodus from Egypt, the ultimate redemption! Since, in the past, our people were brought out of Egypt in Nissan, it makes sense that we would look to that same time of year for future redemption!

But what about redemption in Tishrei? Why would anyone associate this time of year with redemption? To answer that question, I think we have to ask what redemption means. If redemption means that some great miracle is going to happen and magically fix our problems, then the model of the Exodus is a great one. God intervenes in the world in miraculous ways, fixes all our problems, and the world is transformed. Except that I don’t think any of us are waiting for that to happen. We may want some great magical intervention to come and fix the societal ills that plague us, but deep down I think we know the changes are up to us. That calls for a different model of redemption, one that is far less dramatic, more circuitous, more painstaking. 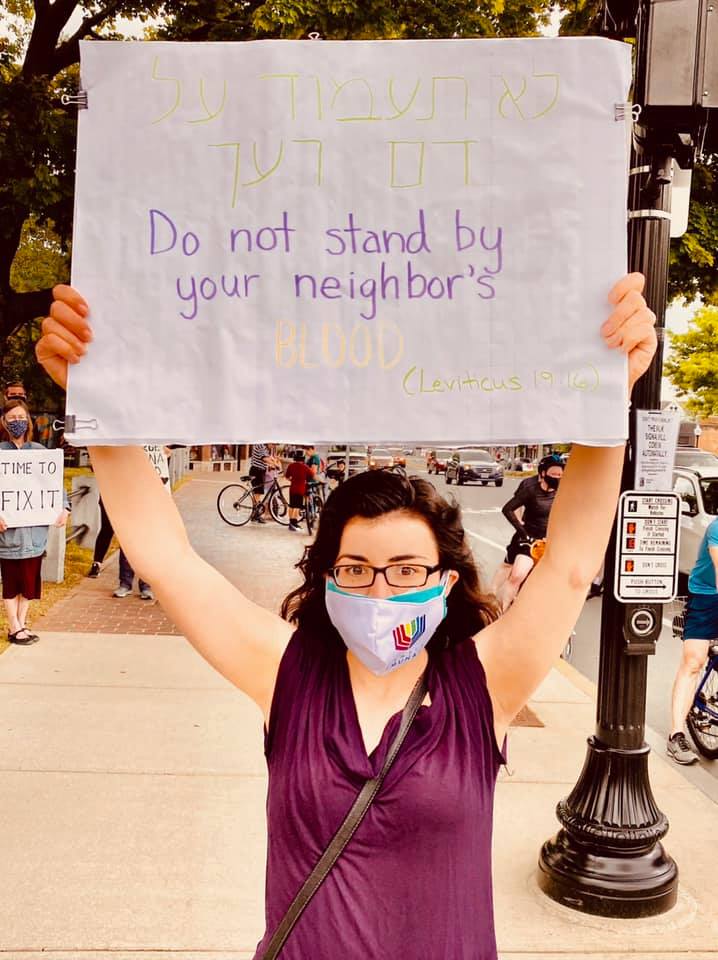 Well, I don’t know about you, but I think that the slow process of becoming a more tolerant, caring people, and fostering a more tolerant, caring, society is a redemptive process. The work that we do leading up to Tishrei, of examining who we are and who we want to be, and trying to move ourselves one step closer to our hopes, is an ongoing redemptive process. From that perspective, redemption isn’t something that we’re waiting for, that will happen in some future Messianic Age. Redemption is here, now, something that we can move closer to, every single year, and every single day, if only we work for it!

I think there’s a reason that you and I take for granted the idea that the world was created in Tishrei. The idea that we live in a world where we bring about redemption, a world that is unfinished but full of potential, rings true! To see repentance as a redemptive act is a compelling idea, one of hope and promise.

When my grandparents refused to board that boat without Nora, they weren’t changing any laws, and they weren’t removing any barriers that were being placed before Nora because of her skin color. But they were identifying an injustice, and they were standing by her in solidarity. With their small act, they showed that they saw the gap between the world as it was and the world as it should be. They saw the potential for change in an unfinished world. We, too, can’t change everything about the world around us. But we can take slow steps. Every time we do, we bring our world one step closer to redemption. 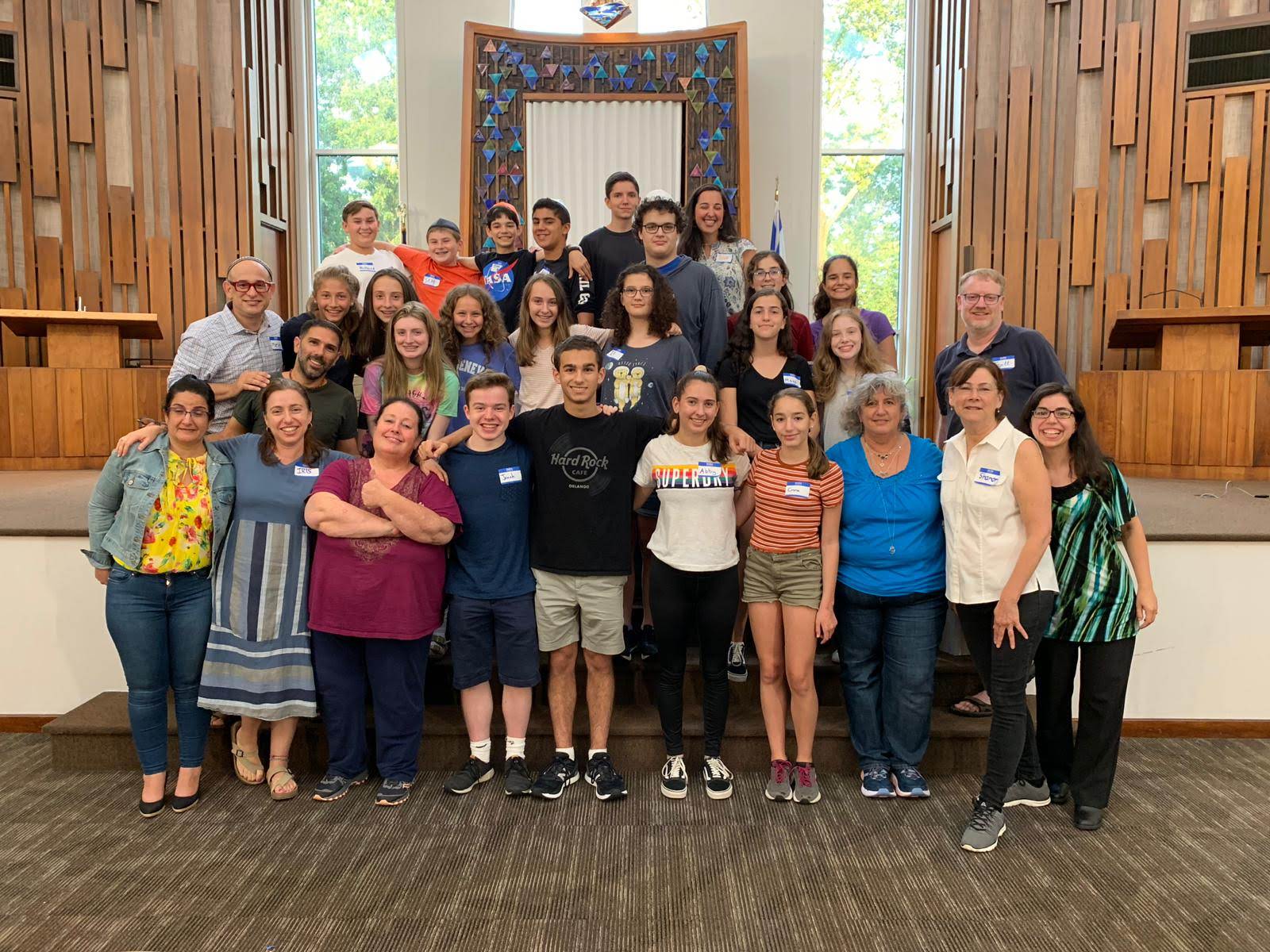