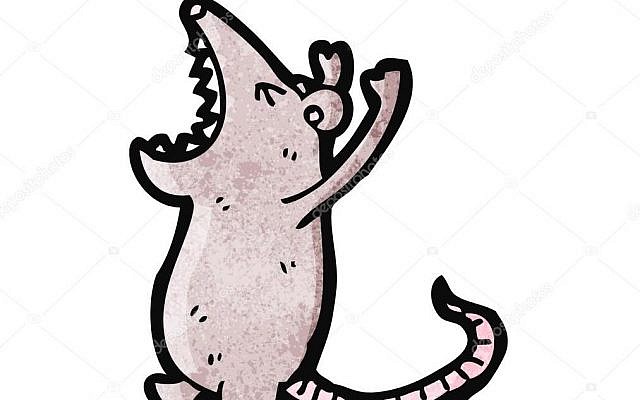 I am sick of potholes and fresh tar. The obstacle course around our house is not the fun kind.  It’s like living in Gary Indiana, Columbus, Trenton, and Buffalo, all rolled up into one; we now share the reddish orange skies of America. Progress. Freedom. Spews of smoke and smog. Yes all this has arrived to Jerusalem. The city no longer has “brakes.” The word is out: build, build, build…ad libitum. I stand outside one of the building sites waving my fists in frustration, while the workmen glance at me and laugh. They think I’m nuts. They smirk and go back to their work. Somebody out there is making a profit and it ain’t me.

When we moved into Old Talpiot, Jerusalem, our neighborhood was bordered by the beautiful Kibbutz Ramat Rachel orchards. The smell of the blossoms and the fresh wind coming off the Talpiot overlook to Abu Tor, the valley and a magnificent view of the Old City, wafted in multiple directions.  This paradise was then a relatively long way from the city, and that’s the way we wanted it.

Slowly, progress crept up on us; it was modest at the beginning.  Decades later it’s “blossomed” into constant clamor, while recently our neighborhood has been blessed by an American fortress on Giladi Street where the American embassy’s guards reportedly sleep.  We actually don’t know what’s going on there, as the place is efficiently barricaded. Its huge blaring lights stream into a neighbor’s window,  so those standing guard can have clear view of any eminent danger, including the strange shapes of underwear and socks hung from a neighbor’s balcony.  The US-occupied building used to be the sweet Eden Boutique Hotel. How I miss their Friday breakfasts and lounging on their outdoor patio, while quiet bird songs of birds were everywhere.  But now? I have learned one fact: Jerusalem’s birds do not like military fortresses.  They have instinctively felt the danger and now avoid their previous resting place. The official black vehicles blend nicely with the fresh tar, and the peep holes and peeping security cameras go well with the red lights blaring from the cranes in the distance.  Of course, we now are “safe,” with the American embassy not far, and the new fortress on Giladi, we can rest easy at night. Safe? I would rather be on some secluded desert island where my only concern would be what fruit I’d find for supper, and finding the perfect angle of my pillow in the sand.

Now, every walk down our streets is an awkward and frustrating game. I am sick of dodging potholes and patches fresh tar spread freely into every nook and cranny.   Every time I look to the sky, I am reminded of that awful joke: “What’s the new national bird of Israel?” The answer: “The crane”.  Ha ha. ( I don’t laugh).  The constant building sites have worn me thin.  I walk from one building site to another, avoiding concrete trucks, piles of mud, the tar, gaping holes, strange machines, constant traffic jams, yelling, and brash workmen who make it very clear that they now own the streets.  Yes, it is I who feel like a stranger!  The plethora of Tama 38’s has run all of us ragged.  I turn to Sasson, the co-owner of the Shakuri Brothers’ makolet (market), and ask “What are we going to do?”.  He shrugs as if to say:  Zeh ha mahir li hitkadmut (“That’s the price of progress”!).  He doesn’t seem to care, until the road gets so crowded that people are blocked from entering his fruit and vegetable display and smelling his the lilies on display. Business is business.

Today, the air has become thick with exhaust. The noise is especially unbearable.  I find myself trapped in this concrete and tar jungle.  I think I am starting to lose my mind.  I find myself walking into the streets holding up my right hand to “stop” speeding oncoming cars; I bravely enter the street, stop midway, and hold up my right arm, signaling with my outstretched palm to SLOW DOWN. Drivers look at me incredulously. Some motion for me to get out of the way.  However, I persist.  I say to myself: “I will be the purveyor of normalcy in my neighborhood!”. I can longer accept that our famously quiet Ein Gedi street is more like the Los Angeles Thruway.  Our street’s name Korei Ha Dorot  Steet (translated: “Readers of Generations”) reminds me that former “neighbor” Shai Agnon even complained way back when at the noise of an occasional buggy, car or camel that passed through his otherwise silent village (this story is true, and was recounted to me by Agnon expert Rabbi Jeffrey Saks).

Meanwhile, in the midst of my traffic signaling, I develop special techniques to avoid walking in the fresh tar. I pretend that I am a circus tightrope walker on the thin curbs, while sometimes I trip and fall into the street. I gasp when an oncoming car misses my right arm by grushim. (very little).  I ask myself : “Who in the government represents me? To whom can I complain? The K’nesset, the Municipality, the local community council?”

Certain progress in our city is easily embraced and celebrated.  The beautiful new promenade connects The Old Train Station complex, the Moshava, Old Catamon, and now the Biblical Zoo…complete with the new Gottesman Israel Aquarium, Jerusalem.  I suddenly fear for the aquarium, imagining that a nearby crane might swivel in the wrong direction, smashing the aquarium’s glass, releasing all those poor fish who have no where to go.  At least if the zoo animals were let free, we would have a real party in our illustrious city: not only would we be dodging potholes and fresh tar, but also oncoming tigers, lions and gorillas who probably would not understand my traffic signals and might even decide to eat me up.

So unless they move the cranes and other such dangers from anywhere remotely near the zoo and aquarium,  I favor the highest caution when visiting the grounds.  Of course I am saying all this tongue in cheek, and my words are laced with irony.  The fact is that our tiny neighborhood HAS, for all intents and purposes, become one glorious building site, expanding sideways and upward, a virtual metropolis that, if they were healthy in mind and body, the tigers, lions and gorillas would choose to pass over, given the neighborhood’s stench, stuffy air, and dangerous noise pollution.

I fantasize: my next step will be to protest by sprawling my body in the road adjacent to the biggest and ugliest building site, and when traffic has frozen to a standstill, I’ll start waving my protest sign.  I am just afraid that the local authorities will misinterpret my zeal, and carry me away (to where, I do not know).  All kidding aside, I am simply tired from complaining about this.  I must sound like Chicken Little, “the sky’s falling”.  I must sound like some ungrateful creep who cannot accept the signs of progress, and a nutcase who is slowly becoming a Luddite.  Who knows? Perhaps sometime in the future I will mount the crane nearest our house, if only to finally see the Jerusalem Theater, the YMCA and other Jerusalem landmarks which I once could see clearly from our balcony window. Ah yes! Here’s for the good ole days, when Jerusalem was Jerusalem, and when I was young and carefree.