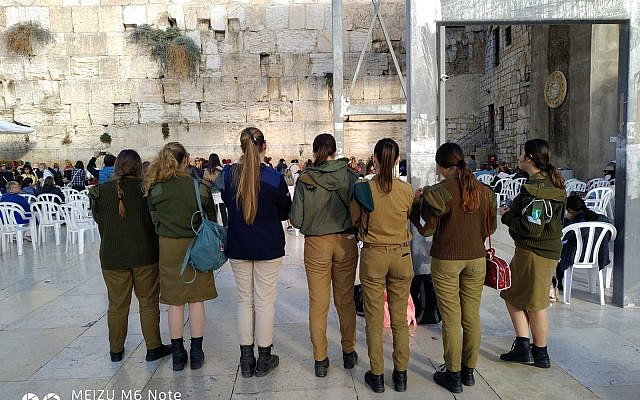 At the beginning of Parshat Bamidbar, over 50 verses describe the counting of the men above age 20, all who are eligible for the army, from each tribe, aside from the tribe of Levi who worked in the Mishkan and were exempted from army service.

Why did they need to count the number of men eligible for the army?

The census took place a year after the exodus from Egypt, on the 1st of Iyar. At that point, B’nai Yisrael were getting ready to enter the Land of Israel.

According to Rashbam, the count was taken since they now had to go to the Land of Israel and 20 year old men are fitting to go out to battle in the army.

How do we know that they were headed for the Land of Israel?

In Bamidbar 10:29, Moshe tells his father in law: “We are journeying to the place about which God said: ‘I will give it to you…’”

At this point, Chet HaMeraglim, the Sin of the Spies (Parshat Shlach) had not yet taken place, so they did not yet have the decree that they would have to spend 40 years in the Wilderness rather than one. Therefore, they needed to get the army ready and see how many soldiers would be available to conquer the Land of Israel.

Ramban asks why we need the total number if we already saw the breakdown from each tribe.

It is possible to say that the reason for ascertaining their numbers was similar to the practice of governments before fighting a war, since they were now ready to enter into the Land and to fight against the kings of the Emori that were on the other side of the Jordan (eastward) and all the others. As Moshe said (to Hovav), “We are journeying to the place about which God said: ‘I will give it to you…’” Therefore, Moshe and the princes (of the tribes) had to know the number of those armed for war, and also the numbers of each and every tribe, (in order to decide) what to command each of them in the plains of Moav (when drawing up) the battle lines. For the Torah does not rely on the miracle of: (Dvarim 32:30) “one chasing a thousand.” This is the reason for the expression, “all that go forth to the host in Israel” namely that the census was for the purpose of determining the number of men that will go forth to war. And also so that he should distribute the Land to them according to their numbers, and should know how many parts will be allotted to them of the Land that they capture, since if not for the affair of the spies, they would have entered the Land immediately.

We see from here the importance of having a prepared and well organized army. We must do our part and not rely on miracles. We need to know how many soldiers we have and then break down where they need to be sent so that we can be most effective.

Some things haven’t changed. We are still fighting against our enemies and we need to be prepared on all fronts at all times. What has changed is that Israeli soldiers are drafted even younger than in the days of the Torah, at 18 and both men and women serve in very important units. They just called up many reserve soldiers and may continue to do so depending on what happens next.

Sadly, we already lost one soldier this week, Omer Tabib z”l. May our soldiers come home safely and may peace be restored speedily in our days.