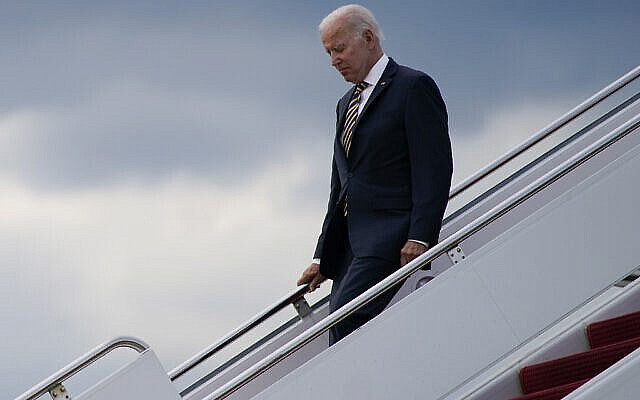 As President Joe Biden prepares for his trip to the Middle East, there is much speculation about what it could mean for Israel’s relations with Saudi Arabia.

The administration sees this visit as an important opportunity to engage the Saudis on oil production at a time when US gas prices are at an all-time high, while at the same time establishing a basis for resetting bilateral relations in light of the continuing stain over the assassination of Washington Post reporter Jamal Khashoggi.

Assuming that the US and Saudi Arabia will reach some modus vivendi on these matters, since the strategic interests of both states are heavily tied up in doing so, there is reason to think that concomitantly Israeli-Saudi relations will enter a new phase as well. There is a long history, going back to Anwar Sadat’s historic visit to Jerusalem in November 1977, where Arab leaders made a leap into the realm of diplomatic engagement with the State of Israel in order to bolster ties and get strategic benefits from the United States. Indeed, in those days it was said openly that the road to Washington ran through Jerusalem.

The context for the latest version of this theme is the combination of negative and positive forces at work in the region. Regarding the Middle East, one is generally on safer ground by seeing the negative forces as more significant. Therefore, the impact of the growing Iranian threat both to Israel and Saudi Arabia and its role in bringing the two states closer together cannot be overestimated.

For Israel, the mix of the nuclear issue looking more perilous by the day together with ever increasing Iranian aggressiveness in Syria and Lebanon, is first on the minds of military and strategic leaders in the Jewish state.

From their side, the Saudis too worry about the unbridled expansion of the Islamic Republic and its open willingness to challenge Saudi influence in different parts of the region. These factors play into the value for the Kingdom to associate with Israel in light of the Jewish state’s commitment to take on the Iranian threat, most recently demonstrated by Israel taking down Hezbollah drones over the Mediterranean. This makes US military and diplomatic support more critical than ever.

On the positive side are the trends in the region by Arab states toward normalizing relations with Israel, initiated by the United Arab Emirates in 2020. From the start of these developments, which now include Bahrain, Morocco and Sudan, there was both an assumption that it couldn’t have happened without at least tacit Saudi approval and led to speculation as to whether the Saudis would at some point jump in as well.

Considering the theme of Saudi cautious behavior throughout the last century, it was not surprising that there wasn’t much news on this out of Saudi Arabia even as other states were setting up ongoing interactions with the Jewish state, including the June 2022 Negev Summit which brought in Egypt as well.

Still, caution aside, as engagement with Israel became more commonplace and hardly newsworthy, it had to make future decisions by Saudi Arabia regarding its own relations with Israel somewhat easier, though still fraught with concerns and fears.

And so we come to the current time. First, there were stories suggesting that a successful US-Saudi meeting would lead to a go ahead for Israel flights to go over Saudi airspace, including a possible direct Israel-Saudi flight for Muslims making the Hajj pilgrimage. And then came stories about the possibility of a tripartite meeting between Israeli, Saudi and US officials after the bilateral meeting.

Whatever specifics emerge, it seems clear that this combination of negative and positive forces is generating an environment that is making some sort of a breakthrough on the Saudi front inevitable. This, of course, as has been noted, would be the big prize for Israel, not only because of the economic clout possessed by the Kingdom but because it houses the central religious institutions and symbols of the Islamic world.

If indeed, a breakthrough occurs, it will be historic. It will also raise questions about how it will affect the Iranian regime and its aggressiveness in the region. And, it will also raise questions about the impact on the Palestinian issue. Will the fact that relations with Israel were no longer hostage to the Palestinians mean, as many suggest, that the issue will now be diminished in importance and the Palestinians will be ignored? Or will the many new relationships in the region creating a different environment generate a change in attitude both among Palestinians and Israelis that could open up new possibilities for engagement, compromise and peaceful solutions?

Much uncertainty but history is being made.