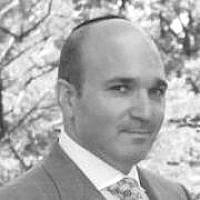 In September 2011, Asher Palmer, a United States citizen and his infant son were murdered when an Arab threw a rock at the car driven by Palmer. The rock pierced the vehicle’s windshield like a missile and shattered Asher’s skull at which point the vehicle careened out of control causing the death of both father and son. Despite the horrific nature of the crime and the fact that it involved a United States citizen, there was no condemnation by the White House and no expressions of condolences to the Israeli people.

On June 12, 2014 three Israeli teens, one of whom was an American citizen, were kidnapped and murdered by Arabs. It took the White House eighteen days to muster the courage to condemn the outrage and even then, the condemnation was qualified by perfunctory calls for “restraint.” Just imagine how the United States would have reacted to an atrocity that involved the harming of American citizens. The murder of four American military contractors in Fallujah in March 2004 triggered a major US invasion of that city. Calls for restraint from the White House are not only insulting; they represent the zenith of hypocrisy and moral morass.

On May 1, 2014 Shelly Dadon, a 20-year old Israeli was murdered by an Arab in central Galilee. She was stabbed 17 times by her Arab assailant and stood no chance. She was on her way to a job interview at a telecommunications company when the terrorist attack occurred. The White House reaction? Deafening silence.

The victims of these atrocities were Jewish and their attackers, Arabs. Their sole crime was their nationality, a circumstance of birth. They were not known to their attackers and did nothing to provoke them but that mattered not to those with the thirst for blood. All that mattered was that they were dhimmi Jews with the temerity to live productive lives in their ancestral homeland.

President Obama’s response to these and other terrorist attacks against Israelis is disquieting to say the least. However, when one considers his reaction to attacks by Jews against Arabs – a rarity – the disparity proves difficult to ignore.

The killing of Mohammed Abu Khdeir, a 16-year old Arab from Jerusalem, ostensibly at the hands of Jews, sparked an immediate White House condemnation and expressions of “condolences to the Palestinian people” even before the circumstances of his unfortunate death were ascertained. Similarly, the roughing up of a Palestinian stone thrower by Israeli police prompted the White House to note that it was “profoundly troubled” by his treatment. An Israeli girl who is stabbed 17 times by an Arab is greeted by stone-cold silence while a violent Arab provocateur who gets roughed up warrants expressions of concern from the White House. Clearly, there is something manifestly unjust here.

It is no secret that Obama maintains a visceral dislike for Israel. From the moment he took office, he never missed an opportunity to take a swipe at the only democracy in the Mideast and America’s only stable ally in the region. While the Mideast is in turmoil, Israel remains a beacon of stability yet, judging by his actions and words, that matters little to Obama.

While Palestinian Arabs have urged Arab storeowners to destroy CCTV footage that might provide additional clues to the Arab abduction and murder of three innocent Israeli teens, Israeli police have used CCTV footage to swiftly apprehend the killers of Abu Khdeir. Similarly, an investigation is underway in connection with claims of excessive force by police against the Arab provocateur.

This highlights the difference between Israel and her Arab and Muslim neighbors. While the region, from Iran to Algeria is steeped in medieval backwardness where the law is effectuated through the barrel of an AK-47, Israel stands as a nation of law and justice where all can expect equal and equitable treatment, a fact that Obama should be cognizant of the next time he chooses to criticize a loyal American ally.

About the Author
Ari Lieberman is an attorney and former prosecutor. He has authored several articles covering political and military issues concerning Israel, the United States and the Mideast at large.
Related Topics
Related Posts
Comments