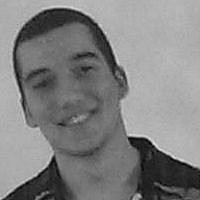 The Blogs
Tomer Kornfeld
Apply for a Blog
Please note that the posts on The Blogs are contributed by third parties. The opinions, facts and any media content in them are presented solely by the authors, and neither The Times of Israel nor its partners assume any responsibility for them. Please contact us in case of abuse. In case of abuse,
Report this post.

Chanukah; the festival of lights. Since I was a child, Chanukah has always been one of my favorite holidays, right up there with Purim and Passover. I used to love watching the Rugrats-“Maccababies” episode every Chanukah and trying to picture myself in the time of the Maccabees; fighting back against the Greeks and being a hero.

However, I always felt that being a Maccabee was just a far-fetched dream and would never become a reality. That all changed though, as I began to get involved in Israel advocacy early in high school. I soon realized that the Jews, as well as the pro-Israel students on college campuses, are extremely outnumbered and are currently involved in a war fighting for Israel’s existence on college campuses. The battle we are facing, is similar to the Maccabees battle so many years ago; we can be considered the present-day Maccabees, at least the Maccabees on college campuses. Yes, we might not be like the soldiers in the Israel Defense Forces, the true Maccabees of our time, but we are fighting back on another front in the war being waged against Israel, and an important one, as well.

Students for ‘Justice’ in Palestine and Jewish Voice for ‘Peace,’ are just some of the modern-day Greeks that we are facing on college campuses. Groups that want to rid Israel of any Jewish connection and prevent the pro-Israel groups on campus from being able to take pride in Israel, the lone Jewish State. And instead, these groups slander Israel, and spread lies about her that will poison our campus environments, divide us, and prevent peace. There have been many cases where members of these groups have encouraged the ‘Boycott, Divestment, and Sanctions’ movement; a bigoted, discriminatory movement, that seeks to isolate and boycott Israel for what they claim are “violations of international law;” claims that have no factual basis to them. There are also cases involving members of these groups discriminating against, harassing, and verbally abusing pro-Israel and pro-peace students on campus. I personally experienced some of this on my campus too, as I have been called derogatory names while taking part in events, or as I walked through the hallways. As a result of the dozens of cases of harassment across the continent, there are many Jewish students, as well as pro-Israel students, that are afraid and hesitant about displaying their pride and feelings on campus, for fear of retaliation.

However, like the Maccabees in the story of Chanukah, we will fight back. We will gather on college campuses across the continent and we will shout, “Whoever is for Israel and for peace, join us!” We will continue hosting events promoting peace, dialogue, and spreading the truth about Israel; we will not be silenced. We will gather our shields, which in this case are the facts, and we will defend ourselves from the lies being spewed by groups on campuses. I’m sure you’re asking yourself, “What is my true goal?” Well, my true goal is for us pro-Israel, pro-peace students, to be like the little jug of oil in the story of Chanukah. And even though at first glance we might seem like a miniscule amount, and people will expect us to fade away after one day; we will miraculously continue on for much longer than they expected and our attempts at peace and coexistence will slowly, but surely, light up the world.

Happy Chanukah and Happy Holidays to all! May we all have the pleasure of experiencing peace in our time, amen. 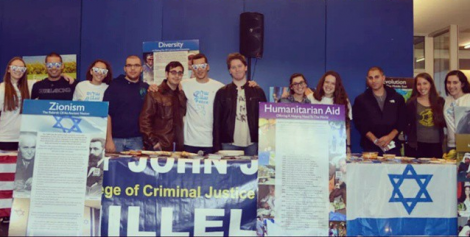 About the Author
Tomer Kornfeld is a 20 year old Sophomore, an alumnus of the StandWithUS MZ Teen Program & StandWithUs Emerson Fellowship, the President of the John Jay Hillel, StandWithUs NYC Campus Liaison and Alpha Epsilon Pi Israel Engagement Chair. In addition, Tomer is majoring in Justice and Humanities at John Jay College of Criminal Justice and is set to graduate in 2017. When asked what drew him to Israel Advocacy, he said he believes that it is his duty to help spread the truth about what goes on in Israel. While he admits that Israel isn't perfect, he says that no country is, and it is despicable that Israel is held to a double standard that no other country is held to.
Related Topics
Related Posts
Comments