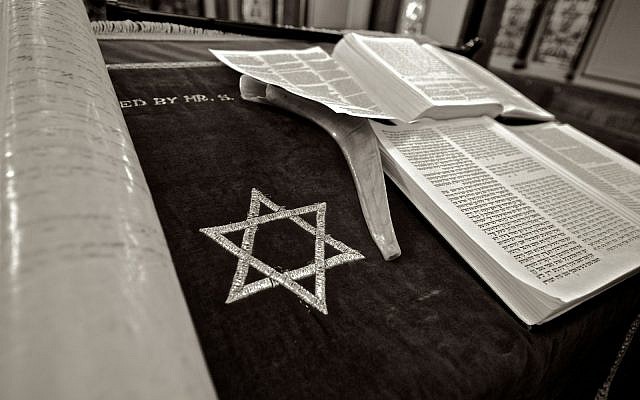 The Rabbis for Repro are back and just finished celebrating abortion on Shabbat.   The inaugural ritual known as “Repro Shabbat” took place this past weekend.  The usual suspects were there, including leaders from the National Organization of Jewish Women (NCJW), and “Rabbis for Repro” a group famous for promoting their favorite topic.

One of these rabbis, Joshua R.S. Fixler, was a proud participant in the Repro Shabbat event. His article, “Opinion:  I’m a rabbi, and abortion is a religious right,” is dead wrong.

He writes about his grandmother, who contracted rubella in her first pregnancy and had an abortion with her first child. As he states it happened 70 years ago. We have vaccinations for rubella today. What does this have to do with the abortions that are taking place since Roe v. Wade? Is rubella or any other virus the reason we have had 62 million abortions in America since 1973? Or is it a result of the propaganda campaign by the radical left – an obscene agenda that has sold abortion as “choice” for decades, fostering irresponsible behavior among young people?

“As a participant in the Rabbis for Repro initiative and president of the Faith Leader’s Coalition of Greater Houston, I advocate for the protection of all people of faith in Houston to practice their religions freely. Any law that limits a person’s ability to access abortion or reproductive health services limits their ability to practice their faith, and thus violates the First Amendment’s protections of separation of church and state.”

Joshua Fixler’s statement sounded familiar. Two years ago, another rabbi named Danya Ruttenberg announced that she was “apoplectic” about pro-life legislation being passed. In an article Ms. Ruttenberg authored with Sheila Katz, she stated:

“Most of the proof texts that they’re bringing in for this are ridiculous. They’re using my sacred text to justify taking away my rights in a way that is just so calculated and craven.”

As I reported back then, this is absurd. There is nothing in any ancient Jewish texts or in Jewish law that allows abortion on demand for convenience, and Ms. Ruttenberg knows it.

And she’s at it again. In her latest piece for the Forward, she makes more demands that will punish taxpayers and result in more dead babies. Ms. Ruttenberg wants Joe Biden to end the Hyde Amendment. If she supports abortion, why doesn’t she do community organizing and raise funds for it from her comrades? Would Ms. Ruttenberg be willing to pay her taxes for pro-life pregnancy resource centers?   Probably not. But it’s ok to force pro-lifers to fund the hideous practice of baby killing.

Even the title of Ruttenberg’s piece is appalling: “Biden has taken the first steps on reproductive justice.  Jews must push him further.”

That’s key to progressivism.   It’s never enough.   They push and shove politicians and the courts to get their demands met on their issues, a tactic they likely learned from Sol Alinsky’s Rules for Radicals, the 1960s primer for protests and revolution.

The only thing that is craven – to borrow Ruttenberg’s word – is that rabbis participated in “Rabbis for Repro” and had the chutzpah to host events dedicated to “reproductive freedom” on the Shabbat. One rabbi hosted a discussion on Saturday, February 13 at 2 pm entitled, “Reproductive Shabbat:  What is the “Jewish View” on Abortion?”

For the authentic and truthful answer, ask any pro-life rabbi on the Board of Directors at the Jewish Pro-Life Foundation.

In Judaism, abortion is supposed to be performed with extreme caution in the rarest of situations, when a mother’s physical life is at risk.   But not according to the pro-abortion left.  They take the religious texts and twist the words, lifting phrases out of context to distort their meaning and to market the evil ideology that abortion is a Jewish right.

The word “abortion” is a euphemism for killing unborn human babies.  And the left is gradually eliminating the word “abortion” to describe killing these children.  Remember “freedom of choice?” Gone. The anti-life forces have developed a new working lexicon of perverse propaganda to replace the old, and whip up support for infanticide:

The abortion newspeak that is described in the “Rabbis for Repro” manual defies reality and is disturbing. Here is a paragraph from “We Testify: Abortion Stories” in their “Repro Shabbat” manual:

“A loving reminder: many transgender men, nonbinary, intersex, gender nonconforming people, and others need access to the full range of reproductive health care. One way to be more accurate and inclusive is to use gender-neutral language (i.e. “people,” “pregnant individuals,” or “patients” rather than “women”, or to say “women and all people who can get pregnant”).

In their worldview, men can get pregnant now. Women don’t get pregnant. People do. Non-binary people do. This is deranged thinking. Does a scientific definition for a “nonbinary” person exist?   Even the great George Orwell couldn’t make this stuff up.

The regressive secular Jewish community also believes in the power of numbers to back their claims for legal abortion.   If, as writer Ari Feldman writes in The Forward, “83% of American Jews say abortion should be legal,” then religious people should step in line:

“83% of Jews say abortion should be legal in all or most cases. Yet Orthodox groups pounced on the bill, comparing it to permission to commit infanticide and condemning its expansion of late-term abortion access. Christian “pro-life” groups like the Southern Baptist Convention and the Catholic Church put out similar statements.”

A majority of the 83% of Jews that support abortion are non-observant.   And percentages are irrelevant.  If abortion kills a living unborn human child and takes away his or her right to life, then it’s wrong and should not be legal no matter what the radical left believes.

Religious Americans face continuous attacks by the left.  They are easy targets by hard line secular humanists who support unlimited abortion and have no tolerance for opinions other than their own.   Christians and Orthodox Jews are singled out for criticism for their pro-life views.

The Rabbinical Council of America, Agudath Israel of America and other religious leaders and organizations were right to condemn the horrific so-called “Reproductive Health Act” bill that Gov. Cuomo signed into law.   That bill codified Roe v. Wade into New York law and permits abortion for all nine months of pregnancy, allowing the killing of babies up to birth for any reason.   Most people call that infanticide.   At least, they once did.

By taking a hard line stance on abortion and other social issues and criticizing those who don’t, the secular Jewish community risks fomenting anti-Semitism, creating hostility and mistrust between Jews and fellow Christians.  It angers Christian Americans who cherish their religious traditions and moral principles that they are being attacked by the opposition for upholding these values.  Condemning Orthodox Jews for their religious rituals creates intra-faith tensions as well.   It is negative and damaging to Judaism, to America and to the unity that Joe Biden and the Democrats seem so eager to embrace.