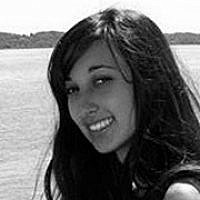 The Blogs
Maya Felman
Apply for a Blog
Advertisement
Please note that the posts on The Blogs are contributed by third parties. The opinions, facts and any media content in them are presented solely by the authors, and neither The Times of Israel nor its partners assume any responsibility for them. Please contact us in case of abuse. In case of abuse,
Report this post.

The Knesset is holding a preliminary vote today (Wednesday), on a crucial amendment to the existing Student Rights Law. The proposal, put forward by a coalition led by Knesset Member Dov Khenin, would ban discrimination on the basis of sexual orientation and gender identity in the education system.

The existing Student Rights Law stipulates that it is a criminal offense to discriminate against a student on the basis of religion, socio-economic background or political ideology. Dov Khenin’s coalition seeks to add sexual orientation and gender to the list of protected identities, citing figures that show the education system in Israel is rife with instances of heterosexism and transphobia.

The proposed bill addresses an important and difficult problem facing Israel. Queer youth find their identities condemned by a large part of Israeli society. Here, a Knesset Member can openly assert that people are homosexual because they were abused as children. The top rated Israeli reality show “Big Brother” features a violent contestant who recently aimed venomous anti-lesbian comments at another contestant. The Israeli queer community is mourning the loss of two of its members to a hate crime in Tel Aviv.

The effect of this hatred is immediate and unavoidable. Queer youth are vulnerable to attacks that can lead to anxiety, depression, and suicide, as both Israeli and worldwide research indicates. An Israeli study reveals that half of queer youths are exposed to anti-queer verbal violence, a quarter has been sexually harassed at school, and ten percent has been subjected to physical attacks. Additionally, many youth report that the teachers do not condemn verbal violence and slurs, and a quarter of youths have had homophobic and transphobic remarks hurled at them by teachers themselves.

The proposed amendment is crucial to empowering queer youth. It ensures that schools are legally obligated to disown the warped messages about gender identity and sexual orientation that are imparted to youth via society and the media. It promotes the values of respect, tolerance and human dignity in the realm of education. Significantly, this bill will affect all youth in the education system, including those who are often relegated to the periphery in the queer community.

In recent years, privileged members of the queer community have introduced bills which address their own needs while ignoring and sometimes trampling the interests of disempowered sub-groups within our community.

Power dynamics in the Knesset prevent members from supporting the queer community fully, and members often carefully choose which measures to support. There is a very real risk that Knesset members will be more inclined to vote for heavily promoted bills like same-sex marriage that would mark them as progressive and socially just, while ignoring the more marginal and highly localized bill proposals, which would probably not garner them the same kind of glory.

Thus, it is absolutely necessary to support this amendment and to promote it vigorously. This amendment means working towards the safety of queer youth in the education system. It means introducing children to the spirit of respect and human dignity from a younger age. It means progress towards a safer, more just Israeli society.

About the Author
Maya Felman is an English major at Bryn Mawr College in Pennsylvania; She is currently working a summer intern at the Jerusalem Open House for Pride and Tolerance.
Comments