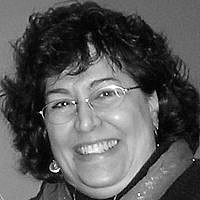 The Blogs
Ruth Mastron
Apply for a Blog
Please note that the posts on The Blogs are contributed by third parties. The opinions, facts and any media content in them are presented solely by the authors, and neither The Times of Israel nor its partners assume any responsibility for them. Please contact us in case of abuse. In case of abuse,
Report this post.

What does it mean to be a proud Jew? What is “Jewish Pride?” What have Jews got to be proud of?

For the long answer, ask a couple of Jews and get dozens of opinions. For the slightly less long answer, keep reading.

There’s a well-known story concerning Menachem Begin and Joe Biden that makes a good starting point. On June 22, 1982, Biden, then a Senator from Delaware, confronted then Prime Minister of Israel Begin during his testimony before the Senate Foreign Relations Committee. Biden threatened to cut off US aid to Israel. Begin replied,

“Don’t threaten us with cutting off your aid. It will not work. I am not a Jew with trembling knees. I am a proud Jew with 3,700 years of civilized history. Nobody came to our aid when we were dying in the gas chambers and ovens. Nobody came to our aid when we were striving to create our country. We paid for it. We fought for it. We died for it. We will stand by our principles. We will defend them. And, when necessary, we will die for them again, with or without your aid.”[1]

Despite references to the Shoah and the struggle to establish the modern state of Israel, this is not the discourse of a victim, nor the language of victimhood. It is the language of defiance and of pride. Others may be responsible for our persecution and suffering, but we will never rely on them to validate us, affirm us, acknowledge us, support us, or defend us.

The survivors of the Shoah who staggered out of the death camps and ghettos had more reason than most for bitter resentment and a desire for revenge. And yet, they triumphed not by blowing up restaurants in Berlin or buses in Krakow or stabbing random Ukrainians in the streets. They triumphed by doing exactly what the evil of Jew-hatred had unleashed all the forces of Hell to prevent: they lived good, productive lives, raised families, built communities, contributed to societies around the world, and much more. That they carried baggage is undeniable, but for the most part, they didn’t let it keep them from moving forward in a positive, productive way.

Growing up with Russian immigrant grandparents, I learned early on that life isn’t fair. Throughout my childhood, whenever I whined, “That’s not FAIR!”, the reply was, “Life isn’t fair. Where did you ever get such a cockamamie idea? Life is not fair, and it’s never going to be fair. But that doesn’t get you off the hook.” The virulent unfairness with which the world has treated Jews never got us off the hook either.

What have Jews got to be proud of? Plenty. A list of Jewish/Israeli achievements and contributions would be impressive enough coming from a people who had never been subject to quotas, expulsions, persecutions, and worse. US writer Mark Twain noted in 1898:

“[The Jew] has made a marvellous fight in this world, in all the ages; and has done it with his hands tied behind him. He could be vain of himself, and be excused for it. The Egyptian, the Babylonian, and the Persian rose, filled the planet with sound and splendor, then faded to dream-stuff and passed away; the Greek and the Roman followed, and made a vast noise, and they are gone; other peoples have sprung up and held their torch high for a time, but it burned out, and they sit in twilight now, or have vanished.

The Jew saw them all, beat them all, and is now what he always was, exhibiting no decadence, no infirmities of age, no weakening of his parts, no slowing of his energies, no dulling of his alert and aggressive mind. All things are mortal but the Jew; all other forces pass, but he remains. What is the secret of his immortality?”[2]

It’s not easy to attribute Jewish survival and success to a single element, or even a series of elements. One theory holds that Jewish culture’s emphasis on learning resulted in a selection process for brilliance: the smartest young men, the finest scholars, were the most valuable and sought-after marriage partners. In Catholic countries, the brightest young men were often destined for the celibate priesthood and therefore didn’t pass on their gifts of intelligence.

US comedian Mel Brooks, who should know, credits Jewish survival and success to a hyper-developed sense of humor that often veers into blackness:

“Feeling different, feeling alienated, feeling persecuted, feeling that the only way to deal with the world is to laugh – because if you don’t laugh you’re going to cry and never stop crying – that’s probably what’s responsible for the Jews having developed such a great sense of humor. The people who had the greatest reason to weep, learned more than anyone else how to laugh.”[3]

One could even argue that the world’s hostility resulted in Jews developing some masterful out-of-the-box thinking to get around restrictions imposed on us. “They” won’t let us into certain professions, certain country clubs? Their loss. We get creative and we are successful.

In the decades when signs could be posted barring Jews (and others) from various facilities, an elderly Jewish woman in New York City made a point of regularly stopping at a well-known “restricted” hotel and loudly enquiring at the reception desk as to the ballroom in which the Cohen Bar Mitzvah was being celebrated that evening.

My own father, who qualified for a university education under the GI Bill thanks to his WWII service, faced quotas limiting how many Jews could be admitted into the University of Wisconsin’s engineering program. He didn’t demand the standards of admission be changed to accommodate him—he simply blew them out of the water. He got in with grades so good they couldn’t be swept aside, graduated with honors, and went on to work on the US Apollo moon landing project.

Jewish success results from Jewish efforts, usually in the face of official or casual efforts to stop us. We earned our success, and because the world never did us any favors or handed us anything (much less on a silver platter), we are beholden to no-one. And for all that, much of the world hates us, and never tires of trying to tell us how to behave, what we can’t do, where we can’t live.

The world has spent several centuries behaving in ways that forfeit its rights ever to interfere in the affairs of the Jewish people.

You Must Remember This

The role of memory in Jewish life and culture can—and does—fill entire bookshelves. Even Jewish holidays which recall suffering and persecution ultimately remind us we survived that as well. As the old joke goes, 95% of Jewish holidays can be summed up by the phrase, “They tried to kill us. We won. Let’s eat.”

We remember Haman (boooo!) who tried to annihilate us only to end up as a pastry. We remember the Selucid Greeks who tried to eliminate our faith and culture, and eat more pastries. There’s a better than even chance that in a few hundred years, we’ll be eating cream-filled Hitler’s Moustache pastries to remember the Shoah and our triumph over it.

We remember the bondage in Egypt not to wallow in misery or self-pity but in order to celebrate our liberation. The Children of Israel wandered in the desert for 40 years not because they were lost, but because even though they had been taken out of slavery, they retained the mentality of slaves. They kvetched that things were better in Egypt, they blamed others for causing their problems, they wanted someone else to take care of everything, they whined it was better to live under foreign rule than to take the trouble and risk of building the Jewish nation. It took moments to get the Jews out of slavery, but it took 40 years to get slavery out of the Jews.

For some Jews, it still hasn’t happened, but shaking off once and for all the mentality of galut—exile—is the touchstone of Jewish pride. Refusing to define ourselves by what others think of us or by what was done to us, we define ourselves instead by what we have done, are doing, and will do for ourselves and for the world. We are not victims, we are survivors, and more.

In the words of Bil’am, who was sent to curse Israel but could only bless it instead, we are “a people that shall dwell alone,”[4] relying not on others but on ourselves, each other, our friends, and G-d. And damn proud of it.

About the Author
Like many US Americans, Ruth’s grandparents were part of the great wave of immigration to the USA in the early 20th century. She grew up hearing stories of challenges and hardships, of kindness and support offered to “greenhorns” (newcomers), and the struggles and triumphs of learning to live in “The Golden Land”. As a result, she is passionate about helping others cross cultures and succeed in a new country. Having lived, worked, and studied in the UK and France, Ruth has a first-hand understanding of intercultural transitions, as well as coming “home” to a place that doesn’t always feel like home. Ruth specializes in coaching professionals in the high-tech and IT areas, as well as in the hospitality, manufacturing, pharmaceuticals, government, and agribusiness industries. In addition to career coaching, she designs and delivers intercultural training and consulting for families in transition, project teams, and French and international schools. She has been a speaker for such organizations as the Alliance Française (National Speakers Bureau), the French-American Chamber of Commerce, and Meeting Professionals International. Ruth is co-author of Au Contraire! Figuring Out the French, Cultural Detective: France, and Cultural Detective : Jewish Culture. She holds a master’s degree in Intercultural Relations with Antioch University McGregor. She is President of the House of Israel in Balboa Park in San Diego, and volunteers in Israel with Sar-el, where she works on army bases on logistics tasks such as packing medical supplies, parts inventory and packaging, and maintenance. Ruth lives in Oceanside, California, with a French husband and a bilingual cat.
Related Topics
Related Posts
Comments