Whether or not you agreed with the country entering war, you found yourself, as a solider, in the most gruesome experience of your life. You anticipated the intensity of battle. But you had not anticipated the lasting neurological impact or that your country would under-prioritize your invisible pain.

The only thing worse than suffering in pain is being in pain alone. Tragically, many mental illnesses can exacerbate the isolation that those enduring pain experience. We are morally obligated to do all we can to provide the best services to those suffering, especially when those individuals are suffering due to their national service. 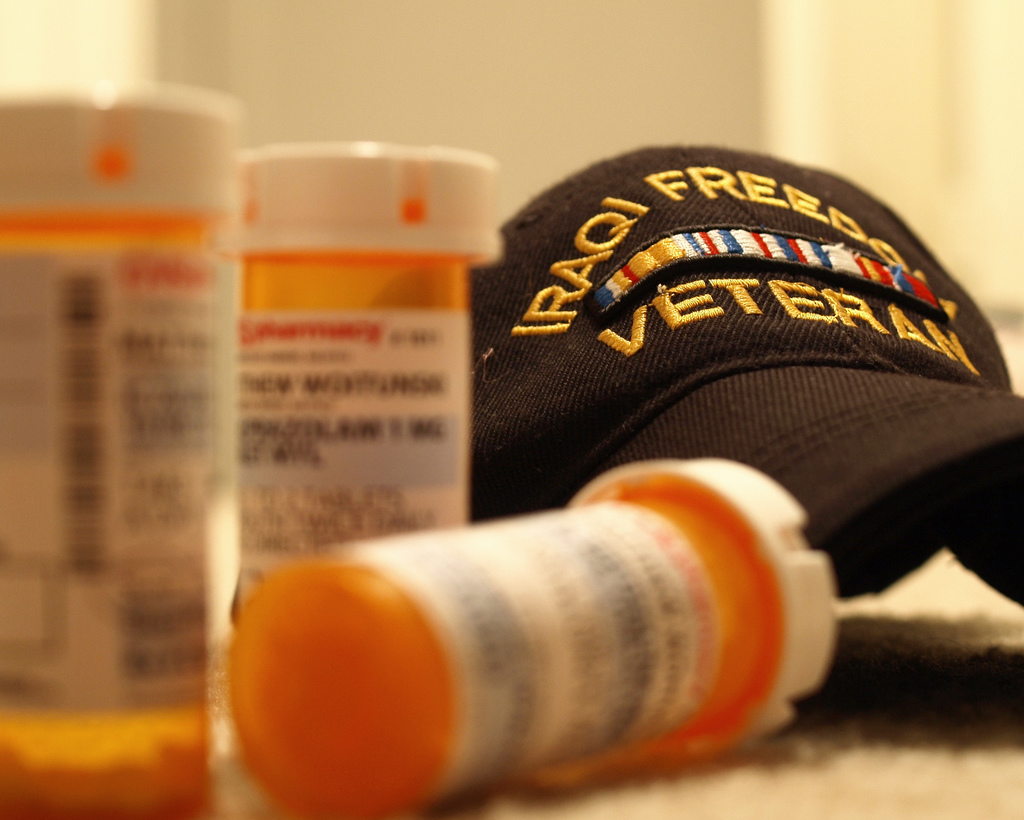 Posttraumatic stress disorder (PTSD) is a relatively new name for an old disorder. PTSD was first used in 1980 by the American Psychiatric Association’s Diagnostic and Statistical Manual of Mental Disorders (DSM-lll), after the conclusion of the Vietnam War, when nearly one-fourth (700,000) of veterans sought psychological assistance. Later, PTSD was distinguished from “acute stress disorder,” anxiety of short duration, which was not delineated in earlier medical accounts. 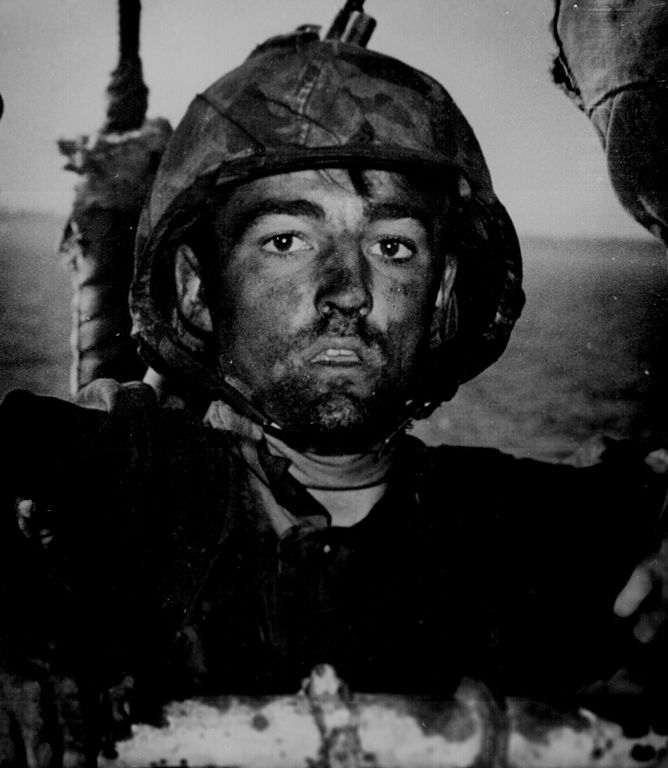 PTSD occurs after the patient (in many cases, a soldier during wartime) experiences or witnesses a traumatic event that causes or threatens physical harm to the patient or to someone else (e.g., being in combat and watching a close friend get killed). While it is normal to be frightened by these traumas, patients with PTSD continue to be fearful and anxious after the threat has passed. Unfortunately, PTSD often has comorbidities (conditions that accompany PTSD) such as panic disorder, suicidal ideation, depression, and substance abuse.

PTSD has three primary symptoms: 1) recurrent episodes (including dreams and thoughts) that recall the traumatic event; 2) a strong desire to avoid stimuli that are reminiscent of the trauma, and emotional detachment; and 3) permanent state of heightened anxiety. The symptoms, once established, generally do not abate. 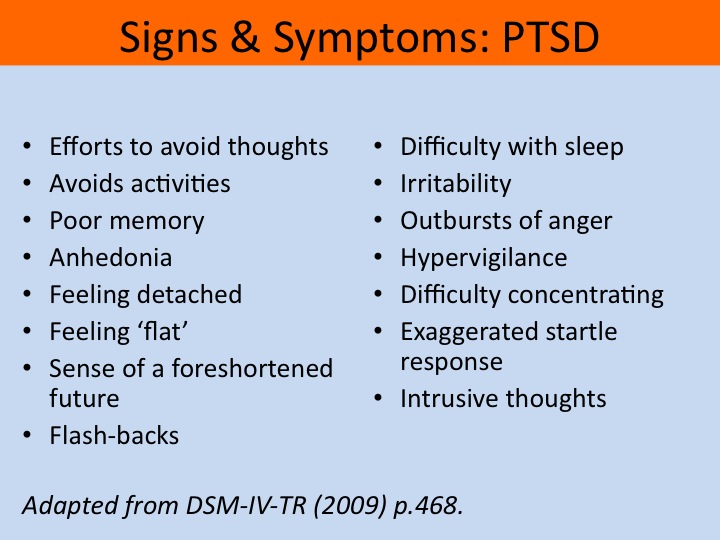 The symptoms of this mysterious illness have been described for millennia, but only in the modern era has the condition been medically recognized. For example, ancient descriptions of PTSD include Herodotus’ account of the Battle of Marathon in 490 BCE, where one Greek soldier went permanently blind after seeing an enemy soldier pass by him and kill a fellow soldier. Eventually, during World War I, reports began to proliferate of soldiers (80,000 British soldiers alone) being hospitalized with no physical wounds, and later necessitating treatment in psychiatric hospitals. In 1915, the term “shell shock” was used for the first time in a British medical journal. This term was coined because it was thought that the force of artillery shells had damaged the brain, since there were no visible wounds. When it became obvious that many of the men had not been exposed to artillery, psychological causes were recognized. Treatment differed depending on whether it was perceived to be nerve- or brain-related, but medical personnel were encouraged to have the patient “face his illness in a manly way;” furthermore, expressions of sympathy for what the solider experienced were roundly discouraged.

During World War II, “battle fatigue” was used to describe soldiers who had PTSD. Not surprisingly, rates for “battle fatigue” were highest in places with the most desperate fighting. For example, of the 72,000 Marines who landed on Iwo Jima in 1945, about a third were casualties, including 2,600 “battle fatigue” cases. As before, some people doubted that such a condition existed, and believed that soldiers were just trying to get out of fighting. In 1943, General George S. Patton slapped soldiers who, most likely, were exhibiting symptoms of PTSD (on at least two separate occasions) and accused them of cowardice. The incidents almost ended his career, and he was forced to apologize for his actions.

Today, thanks in part to the large number of Vietnam era and Iraq and Afghanistan veterans, treatment for PTSD has been standardized. The U.S. Department of Veterans Affairs (VA) has PTSD specialists in all VA medical centers, and nearly 200 specialized PTSD treatment programs. It also has a crisis telephone number. Treatment options include psychiatric assessment, medications, and individual and group therapy.

Currently, it is estimated that between 7-20 percent of those who serve or have served in Iraq or Afghanistan have post-traumatic stress disorder (PTSD). To paint the picture more fully, consider that:

Since October 2001, more than 2.6 million American military personnel have been deployed to Afghanistan and Iraq. The proportion of service members who have PTSD increased from less than 1 percent in 2004 to more than 5 percent in 2012. In that year, some 500,000 veterans made at least two visits to veterans’ hospitals or clinics for outpatient care of the disorder; they made up 9 percent of all users of V.A. health services, up from 4 percent in 2002. The Defense Department spent some $294 million and Veterans Affairs some $3 billion on care for the disorder in 2012.

Israel has fared better in its treatment of service-members dealing with PTSD. According to the Israel Defense Forces (IDF) Medical Corps Mental Health Department, 1.6 percent of regular army troops and 0.7 percent of reservists suffered from PTSD after the Second Lebanon War of 2006. While 86 percent of those seeking psychological assistance had lost a fellow soldier in battle, only 57 percent had actually been deployed on the battlefield, with 36 percent serving in an auxiliary capacity. In contrast, about 8 percent of U.S. soldiers who served in Iraq and Afghanistan were diagnosed with PTSD, and worldwide about 2-17 percent have PTSD. Two limitations of the study were that many soldiers do not seek help, so the estimates cannot be absolutely certain, and the Second Lebanon War lasted a little more than a month, versus many years for the Iraq and Afghanistan wars, with longer tours of duty for the soldiers.

Current PTSD treatment involves cognitive behavioral therapy (CBT, in which patients are trained to think thoughts that do not induce PTSD symptoms) in two forms: cognitive processing therapy (CPT) and prolonged exposure (PE) therapy. Eye movement desensitization and reprocessing (EMDR, in which patients are taught to focus with their eyes on movements or other things that prevent symptoms from occurring) is also used, while a selective serotonin reuptake inhibitor (SSRI) is favored for pharmacotherapy. While SSRIs are the preferred treatment for PTSD, other medications used include tricyclic antidepressants, atypical (second-generation) antidepressants, monoamine oxidase inhibitors (MAOIs), and mood stabilizers. While therapy usually lasts for 3-6 months, concurrent therapy for comorbidities (e.g., depression, substance abuse) may take a year or longer, depending on the patient’s unique characteristics.

Mental illness can cause great pain, cost one’s job, destroy families, and even lead to suicide. It must be taken very seriously, not only for an individual’s sake but also for all of society. The men and women serving on behalf of our country deserve the respect, honor, and empathy that  we have, too commonly, neglected to give them. The recent scandal involving VA medical center inadequacies is just another terrible example of how we are failing our veterans. We must make sure that our veteran services are held to the highest standards of professionalism and access and that these recent failures are dealt with in a meaningful fashion so these veterans can get the care they deserve.

Rabbi Dr. Shmuly Yanklowitz is the Executive Director of the Valley Beit Midrash, the Founder & President of Uri L’Tzedek, the Founder and CEO of The Shamayim V’Aretz Institute and the author of five books on Jewish ethics.  Newsweek named Rav Shmuly one of the top 50 rabbis in America.”