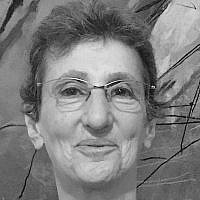 The Blogs
Jenny Kien
Apply for a Blog
Advertisement
Please note that the posts on The Blogs are contributed by third parties. The opinions, facts and any media content in them are presented solely by the authors, and neither The Times of Israel nor its partners assume any responsibility for them. Please contact us in case of abuse. In case of abuse,
Report this post. 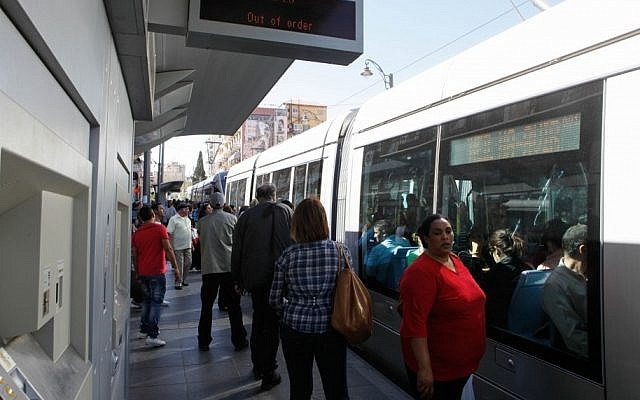 Those with keen eyes may have noticed that appearing in the margins of the news lately are reports on the ministerial committee of legislation, led by Minister of Justice Ayelet Shaked, toppling a law, proposed by MK Dov Khenin, that would implement a uniform standard mandating shelter from the sun and rain at all bus stops. By toppling this proposal, Israeli members of Knesset have failed to meet the needs of the main customers of public transportation — women.

Men use public transportation to make fewer, but longer journeys, while women make multiple short journeys, taking children to school or other activities, or accompanying someone in care. The journeys are often interrupted by stops for shopping or tasks related to family care. Due to different work patterns, men are more likely to travel at rush hour, while women are more likely to be part-time workers traveling off-peak, when service is less frequent. Making multiple journeys with infrequent service makes using public transportation a nightmare for many multi-tasking women.

Gender-sensitive planning in local public transportation has to include sidewalks wide enough to accommodate parents travelling with children; safe and well-lit public transportation stations; stops with sufficient space and shade; public toilets (with baby changing stations accessible to all sexes) near transit; conveniently located bus stops near housing and day-care facilities; and the integration of various transportation systems.

Buses should have low floors to aid those with children and the elderly in entering. Buses should also have sufficient storage space for shopping bags and strollers, and seating for children.

Israel’s public transportation is relatively safe for women, but personal security would be increased with security cameras and drivers trained in dealing with complaints of sexual harassment. Organized assistance in getting on and off buses at major stops for women laden with children, strollers, and shopping would also encourage women users.

Actively engaging women in planning and policy-making will result in transportation solutions that encourage women from all corners of society to use public transportation more often, and greatly ease the lives of those who have no choice about relying on it. Furthermore, increasing public transportation use will also reduce the use of private cars, dramatically reducing air pollution and improving our health.

About the Author
Prof. Jenny Kien is a adjunct professor in the Interdisciplinary Brain Sciences Program at Bar-Ilan University. She received a PhD in Neurobiology (Australian National University) in 1973 and a doctorate in Zoology (University of Regensburg, Germany) in 1980. She is a Greenpeace Israel researcher, and the author of two works of feminist criticism of Judaism: Reinstating the Divine Woman in Judaism (2000) and The Battle between the Moon and Sun (2003).
Related Topics
Related Posts
Jenny Kien
Comments