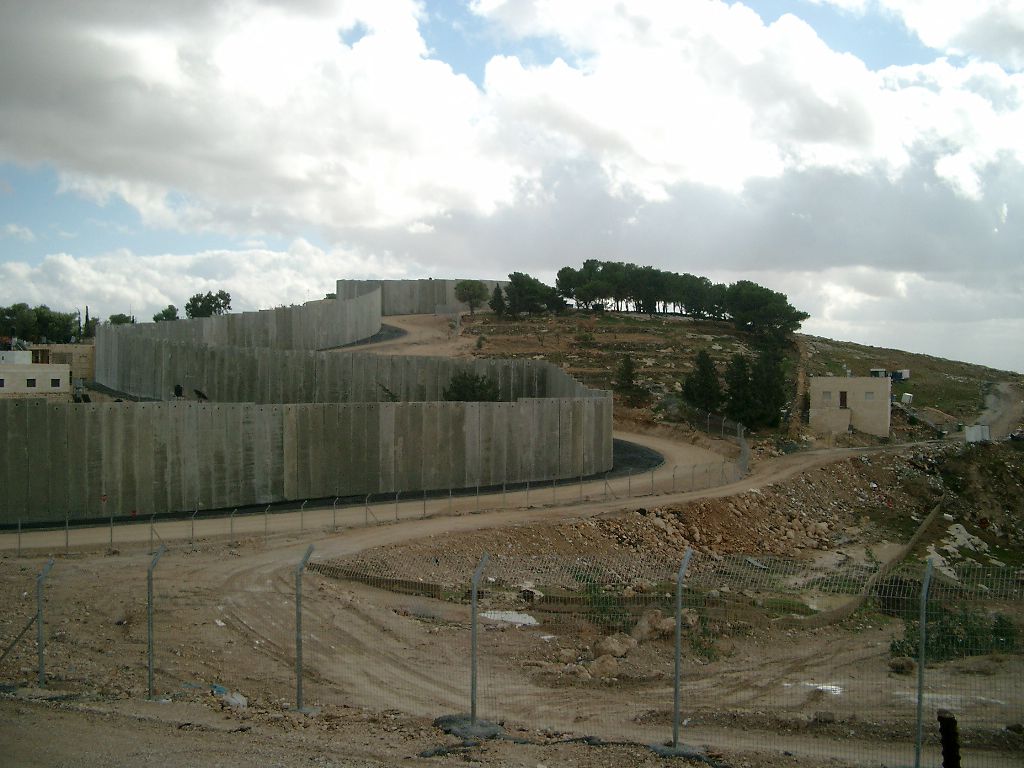 Navigation in the West Bank is not always visually obvious

The dramatic scenes in Qalandia this morning were the result of the latest in a series of blunders by Israelis that have crossed into Palestinian-controlled territories after using the Waze navigational app.

Surprisingly, given the IDF’s technical renown, it isn’t even the first time its soldiers have strayed into area A after taking directions from the Israeli-founded navigational tool: Two IDF soldiers strayed into Tulkarem last June and had to be rescued by Palestinian forces.

Thinking back on how horribly this morning’s mission could have gone wrong had massive firepower not resulted in a mostly successful evacuation, I’m not sure what’s scarier: the fact that IDF patrols operating in some of the most volatile territory in the Middle East are seemingly relying on a civilian traffic navigation app for directions or the potentially nightmarish repercussions, should this happen again, if the often tenuous security cooperation between the IDF and the PA doesn’t bear fruit.

Lest you need reminding, the horrendous scenes in Ramallah in 2000 happened after an almost identical navigational hiccup to this morning.

Despite measures taken by the app to allow users to opt to navigate only through Israeli-controlled territory, however, I think that the complex security situation in Jerusalem, the West Bank, and Israel, is perhaps equally to blame for the potentially perilous misadventures many of its users seem to have encountered.

Although prominent red warning signs adorn most approach roads to Palestinian cities from the major Israeli traffic arteries, the transition between area A (-under the Oslo Accords; sole PA governance, entry illegal for Israeli citizens) and area B (Palestinian villages under PA governance but Israeli military control) is often bereft of such notices.

Similarly, although a complicated and shifting network of permanent and temporary checkpoints intercedes between the main Palestinian cities and villages throughout the West Bank, there is – astonishingly – often nothing other than a security gate intervening between Jewish settlements and the Palestinian cities and refugee camps and in their hinterland.

Once on the road, even relatively simple navigational facts about the West Bank such as the exact route of the security fence (usually abutting built-up Palestinian territory) or the status, under the Oslo accords, of a particular Arab settlement, are often practically unknowable to those without military training.

This potentially hazardous traffic terrain (where roads are often shared between Israeli and Palestinian traffic) is a substantial part of Israel’s road network.

Besides being the means of accessing Israeli settlements for those wishing to do so, traversing the West Bank is also the primary means of making less politically contentious journeys such as reaching the Dead Sea from Jerusalem. The secondary route linking Jerusalem to Tel Aviv also crosses most of its width.

In Jerusalem, the situation is even more potentially precarious for drivers.

This means that proud Zionist neighborhoods and patriotically (and occasionally violent) Palestinian ones are juxtaposed and inter-connected.

For those unfamiliar with the city’s layout, a swift transition between the Hebrew alphabet and the Arabic one (as well as the comparative underdevelopment of East Jerusalem) is often the only forewarning that another civilization and political movement has been transitioned into in the breadth of a few yards.

So while five Waze-toting Americans had their vehicle firebombed  – and were selflessly rescued by a local Palestinian – after entering a village near Hebron – other users encountered violent attacks after simply straying into the neighborhood of Wadi Al-Joz, close to the Old City.

Waze, like most navigational services, avails of a complex algorithm to try direct its users between places on what it calculates to be the most expeditious route.

It has responded to well-highlighted danger cases by instituting safeguards to keep its users – which include Palestinian motorists – out of places where their personal security is liable to be compromised.

Unfortunately, the security situation in Israel and the West Bank makes it both dissimilar to any other driving environment in the world and especially hazardous for those inadequately prepared for the intricacies of navigating some of its more dangerous parts safely.

For this fact, Waze is not to blame.

About the Author
Daniel Rosehill is a marketing communications consultant based in Jerusalem specializing in assisting technology and public sector clients with developing and executing thought leadership-based approaches to inbound marketing. To learn more, visit: https://www.danielrosehill.com
Comments