It is impossible not to notice the rising numbers of “believers” in the Qanon conspiracy theory which alleges “that a cabal of Satan-worshipping pedophiles is running a global child sex-trafficking ring and plotting against US president Donald Trump, who is fighting the cabal.”  Several members of congress and high powered attorneys working for Donald Trump openly embrace the theory, most notably Lin Wood, who recently tweeted that “There are THOUSANDS of videos of pedophilia crimes committed by powerful people” and that videos were hidden by a hacking group called “Lizard Squad.”

Now, while Lizard Squad is not a reference to the antisemitic slur of “lizard people,” it did bring up an important note regarding the antisemitic foundation of the Qanon conspiracy.  It goes without saying that Qanon followers have dived deep into an old trope that the world is controlled by a small group of people, in dark smokey rooms.  They control the banks, they make and end war at will, they put Manchurian candidates on the political stage, etc.  This rings eerily similar to the ideas of the Protocols of the Elders of Zion, from the early 20th century.

A little background on the Protocols, is the written but widely believed “Jewish conspiracy to dominate the world.” It arose in Russia in 1903, and was then published around the world, including in America.  The Protocols blames all the ills of the world on decisions by Jews, who, by political action, war, and subterfuge, create wealth and power for the Jewish people.  It is, of course, entirely a work of fiction and though debunked, it is still widely distributed and believed today across the world.

What does this have to do with Qanon?  Well, all one has to do is visit sites such as Parler, or better yet, the Reddit group “Qanon Casualties” (a self-help group for those who have lost family members to Qanon), and you can see similar tropes to the Protocols. Antisemitic rhetoric occurs frequently in code and outright by Qanon supporters, using terms such as “globalists,” “tricksters pulling the strings,” and “disruptors of our realization as a nation.”

The Qanon obsession with Billionaire George Soros also creates antisemitic scenarios in which members of Qanon (as well as elected officials including the President of the United States) can say that things are “paid by Soros,” or “funded by Soros,” a code for the “Jewish cabal.”  This trope became very common during the fear of immigrant caravans before the 2016 and 2018 elections.  The name “Rothschild” also appears all too common on Qanon threads, blaming the Jewish Rothschild family for starting wars in places wherein their banks have yet to be placed.  The word “Illuminati” is also used by Qanon followers, which became known, thanks to Pat Robertson’s work The New World Order which stated that in the 18th century, “the headquarters of Illuminated Freemasonry [Illuminati] moved to Frankfurt, a center controlled by the Rothschild family.”

While it is true that Qanon does not specifically label the “pedophile cabal” as a Jewish one, it is a long-used trope that is easily seen.  The idea that children (specifically white Christian children) are in danger from this “secret society” rings far too clearly of the old blood libel conspiracies, which claimed Jews secretly drank the blood of Christian children, including baking it into matzah for Passover.

Add all of the above with the conspiracies that 9/11 was orchestrated by Mossad (Israel’s Intelligence Agency), Holocaust denial, the “Jewish plague in Hollywood” , the idea that Jews were and are behind communism, Jews being known as “the synagogue of Satan” from the New Testament,” all make Qanon the newest in a long line of conspiracy theories held by those who wish to blame their and the world’s problems on 14 million Jews. 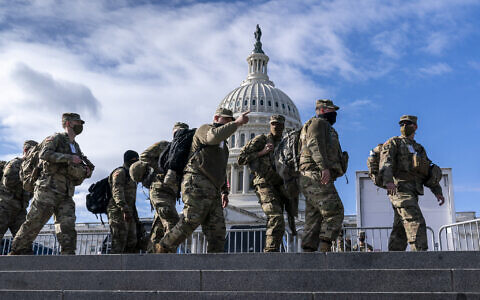 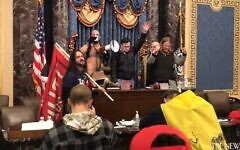 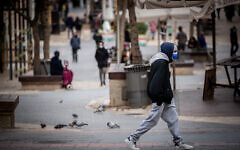 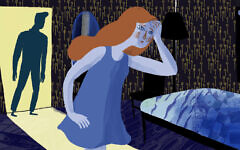 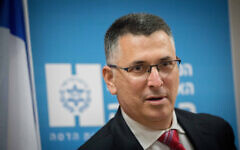