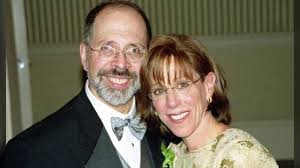 A few Shabbatot ago, we gathered at Congregation Ahavath Torah in Englewood for what was labeled as a town-hall meeting. That was a popular format that our rabbi had instituted years ago to tackle hot-button issues that were troubling our community at various junctures. This time it was called to provide an opportunity to say a fond farewell to a much-loved rabbi, a man who we in Englewood — as well as many people far beyond our town — have grown to appreciate as a true leader.

In spite of its being the end of the summer, with many people taking advantage of the last days before Labor Day to enjoy a final chance for travel and vacation, our synagogue was packed. This was certainly because so many people came to celebrate our special bond and to look back on the 33 wonderful years that Rabbi Shmuel Goldin has given to our synagogue, and to the community at large.

Rabbi Goldin began his sermon by pointing our attention to this Shabbat’s position between Tisha B’Av and Yom Kippur, the two big fast days of the year. Each commemorates a different sin: Yom Kippur is the sin of the Golden Calf and Tisha B’Av is the sin of the twelve meraglim, the spies sent out during the Israelites’ time in the desert.

I was ready to tune out, expecting to be told once again the stories of three millennia ago, a story divorced from any relation to our contemporary universe, and I was ready to wonder why the sins of a young generation of would-be Israelites should condemn us all, three and a half thousand years later. There are so many more pressing issues! Yet being aware of my rabbi’s style, I knew that he’d use this story as a springboard to launch his speech beyond the past and into our present-day world, ultimately challenging us all to live up to our own potentials, both as a community and as individuals. With his usual grace and great eloquence, he reminded us all why we’ve been so proud to follow him.

Though small in physical stature, Rabbi Goldin is a giant in all things that matter, and he is grand in his influence on us all.

When my wife and I arrived in Englewood almost three decades ago, we were totally ignorant of what this congregation stood for. We were not the typical modern Orthodox couple, me growing up secular and us both coming from the Carlebach shul in Manhattan. But as soon as I spent time with Rabbi Goldin, I was enchanted. Unlike other pulpit rabbis I’d known in other large communities, who’d shake my hand and then quickly rush on to the more established and well-connected congregants, this rabbi took the time to discuss the siddur with me in person and taught me the Gemara in Shabbat classes. More than once back in those early years, he allowed me to walk him home, and we had many open and honest discussions. He became a real friend, who’d risen to the challenge whenever any congregant had any personal needs or difficulties. I could call him or email him day or night and he’d get back to me right away, encouraging, explaining, and sometimes rebuking, always with generosity of spirit and respect.

I was in my early 40s when my wife’s mother passed away. I remember his exquisite sensitivity, compassion, and guidance. He spent time with us at the hospital, helping us make difficult decisions, and when we had said our final farewell, he walked to the elevator with us. He encouraged us to go home to rest that night in preparation for the next day’s funeral. But he stopped short from joining us in the elevator, as if he remembered that he had forgotten something.

We later learned that he was to be a shomer — a guard — for my mother-in-law’s body until the chevra kadisha could arrive, which we through all the grief and sorrow didn’t think about, and which he didn’t want to burden us with. Our small story evokes hundreds of other similar tales we’ve heard from community members over the decades.

So what does it take to be such a great rabbi, to be inspiring and at the same time humble and unassuming?

I had the privilege of interviewing Rabbi Goldin a year ago, as part of my program Profiles of Faith, and I learned about the wide range of influences that he had in his younger years. That included religious grandparents, more secular parents, inadequate baseball experiences (little Stanley), to his being offered the position of assistant to the renowned Rabbi Swift, in an acclaimed congregation. He says that he has never taken anything for granted and always prepares for each sermon, each honor, and each duty, as if everything was riding on his doing a good job. “It’s my insecurities” he once told me, smiling. And I remember answering: “Some people get paralyzed with their insecurities, you make them propel you to great heights.”

I have followed my Rabbi on his missions to Israel and beyond, I went with him to Washington D.C. and to rallies for many causes over the years. Sitting in the synagogue that Shabbat, I thought of how much I have learned and grown because of this special man’s presence in my life. As I looked around me at the packed town hall, I could see that everybody there was feeling the same thing.

Rabbi Goldin’s farewell words were a challenge to us to listen to each other. “We all want the same thing,” he said. “It’s especially important to remember that in these politically charged times. You need to remember that you all matter. And while individuals can get lost in a large community, each individual matters.” His rabbinic life has echoed this dictum.

Rabbi Goldin is not traveling far. He’ll be moving to Israel, which in Englewood terms is just a short commute. We are sure to be spending many more years inspired by and involved with his new projects, which he’s planning for us at this new stage in his career as a leader and a special personal and communal friend.

I am grateful to have known Rabbi Goldin and his wonderful family.

Thank you for being both a great friend and a great leader to us all.