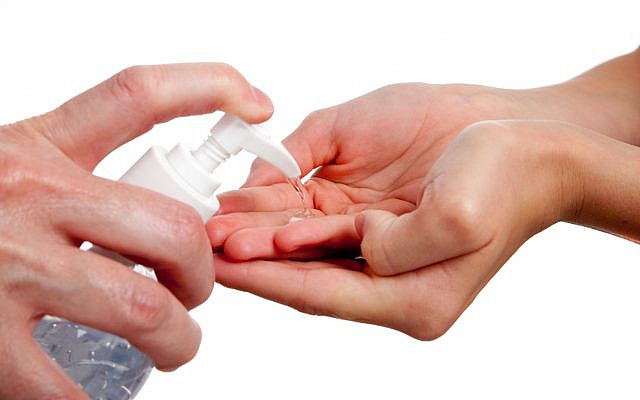 Illustrative. An adult dispensing hand-sanitizer to a child. (iStock)

The virus is a major public health concern for millions of people around the world. Their fears are not unwarranted; governments around the world have been working to contain the virus and issuing public warnings, including exhortations to properly wash one’s hands in order to prevent the spread of the disease.

Like any moment of crisis, this moment provided a challenge to the rabbinic establishment: how will they respond to the threat of this disease, and to people’s fears surrounding that threat? Will they manage to step up and provide the guidance their communities need during a difficult time?

The rabbinic response to the coronavirus has been an example of rabbis responding in a real way to the needs of the community and taking medical science and people’s health very seriously. The rabbis have understood that during a time of crisis, they must speak up. Their communities will feel disappointed if their religion has nothing to say to them about this challenge, or if they see the system as being irresponsible towards people’s health.

Examples of rabbinic leadership include:

Chief Rabbi David Lau ruling that it is forbidden for someone in quarantine to attend synagogue. He ruled that:

“An isur gamur (complete prohibition) applies to anyone at risk of harming another person even if the chances are very slight.”

He ruled that it is forbidden to put someone else in danger if you have even a slight reason to think you might have the virus, or to put oneself in danger by visiting a place where there is a higher risk of contracting the virus. To do so would be a violation of the halachic principle of “ve-nishmartem me’od le-nafshoteichem” — “And you will guard yourselves greatly.”

His response has three components:

Additionally, Rabbi Lau published a letter stating that there is no mitzvah to kiss the mezuzah. He added that furthermore, it was already ruled by certain rabbis in the 19th century that one should be careful about kissing a mezuzah, because there might be a “fear of danger,” presumably from the spread of disease through contact. He then adds that currently, because of the coronavirus, one should refrain from kissing or touching a mezuzah at all. He ends by saying, “I have already expressed my opinion about the coronavirus, that it is an obligation to act according to the instructions of those in charge of public health.”

Rabbi Herschel Shachter, a senior rosh yeshiva from Yeshiva University, ruled that in cases where there is a fear of pikuach nefesh (endangering a life) related to the coronavirus, one may listen to the Megilat Esther during the upcoming Purim festival by live phone call or videochat, instead of coming to synagogue. He cites Rabbi Moshe Feinstein, who ruled that because hearing the megillah is a rabbinic obligation, one may fulfill their obligation to hear the megillah via phone in a “bedieved” situation, i.e., when there are legitimate extenuating circumstances. Extending this ruling, Rabbi Shachter explains that an emergency situation counts as such a “bedieved” situation. This ruling is notable for a few reasons:

Rabbi Asher Bush published an update on the popular “Torah Musings” blog. This update had a few components: 1) A summary of Rabbi Lau’s ruling; 2) An injunction to blow kisses to the Torah, instead of kissing it directly; 3) CDC instructions for hand-washing; 4) An explanation of why it is okay to use hand sanitizer on Shabbat. His update was also shared to the Rabbinic Council of America Facebook page.

This post is important in that it uses the rabbinic voice to publicize practical public health advice from medical experts, and to amplify the audience that will have access to Rabbi Lau’s ruling. As such, it understands that the role of the rabbi is not merely to make rabbinic rulings, but also, to use their voice to talk about important topics that they think their community needs to hear.  Additionally, his ruling on kissing the Torah brings to light a practice people might not think about, raises public health concerns about that practice, and then provides a solution. This is a solution in which an accommodation to the practice must be made for public health, once more underscoring the value of human health and the validity of scientific knowledge embedded in the halachic process. Similarly, it takes what might be a common concern about hand sanitizer on Shabbat, and addresses that concern, thereby demonstrating knowledge of the community it is appealing to. Addressing those concerns validates the religious concerns of the community; finding a way to rule that hand sanitizer is allowed demonstrates commitment to finding a solution that will in fact help people to lessen the spread of the disease.

To me, these statements represent examples of the Jewish tradition of using the rules of halacha to create rulings that take into account the needs and psychological makeup of one’s community. They are part of a 2,000 year old tradition of respecting the scientific research of one’s era, and of putting a high religious value on each individual’s health and well-being.

A legal ruling is valid only if it is able to produce itself from within the legal system it is a part of. These rulings’ strength come from the fact that they abide by the halachic rules of process. These rules are part of the strength of Halacha, which stems from its systematicity. But halacha’s other strength is its ability to be flexible, while remaining within the bounds it has set for itself. It is this flexibility that has allowed halacha to adapt to the needs of the Jewish communities throughout the ages, thereby remaining relevant and maintaining the commitment of their adherents. But in response to modernity, this flexibility came to be seen as a threat, rather than a strength.

I find these rulings heartening precisely because they rely on both strengths of halacha: its rules and its flexibility — and because they return us to the Jewish tradition of placing a premium on protecting human life and well-being. Now how about we extend those principles to other realms of life as well?