The Blogs
Uri Rosenzweig
Apply for a Blog
Please note that the posts on The Blogs are contributed by third parties. The opinions, facts and any media content in them are presented solely by the authors, and neither The Times of Israel nor its partners assume any responsibility for them. Please contact us in case of abuse. In case of abuse,
Report this post.

The Baron. That’s right, I’m taking about Baron Philippe de Rothschild. At the epicenter of the classiest most pretentious wine region in the world, few people in history have had access to higher quality vino than this dude. Yet, when asked what his favorite bottle was, he couldn’t even recall its name, let alone its vintage or variety.

“I picked up the most beautiful woman,” he boasted. “We stopped at a convenience store, and I grabbed the first bottle I saw. Had I taken any longer, she would have run off with another guy. That night we drank, danced, and laughed until the sun came up. And that was the best bottle I ever opened.”

I’m tired of people who wouldn’t know the difference between a Syrah and Chardonnay if it hit them over the head swirling wine in their glasses as if they invented oxidation. I’m sick of people describing wine flavors with spices and fruits that I can’t find in any supermarket. I know I am not the only one who needs to look up what “chervil” is on Wikipedia – I mean, really, what the hell is chervil?

Tasting wine is a holistic experience; the flavor of the wine has as much to do with the weather outside while drinking as the precision of malolactic fermentation during production. The wine culture around us has written senseless laws about how we are to drink, taste, and rate our wines. There is something very wrong in a world where all it takes are six words and a profanity in a 2004 Academy Award winning movie to drop merlot sales worldwide for over a decade.

If you’re reading this blog to hear about “terroir”, “meniscus”, “viscosity”, or any other meaningless ostentatious wine jargon, you have come to the wrong place. 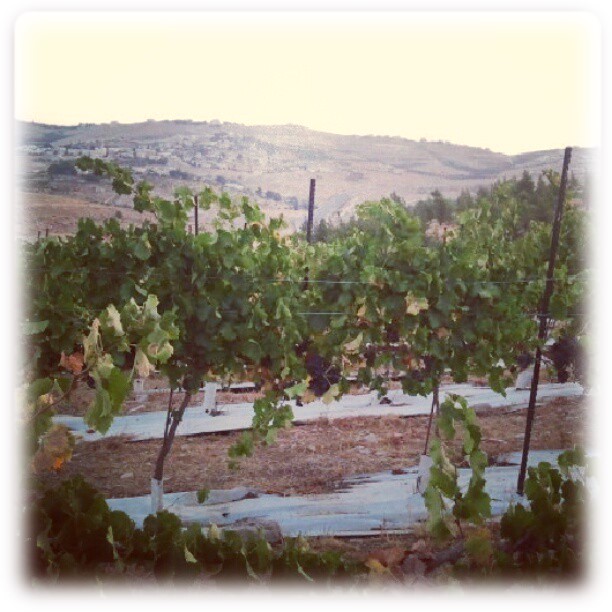 One thing I have learned in my years of drinking wine is that behind each bottle lies a story. Winemakers are passionate dreamers. When they produce a barrel of wine they are filling it with their tradition, their land, and their soul. There are few lenses more inspiring through which to see our little Mediterranean country than through those of its faithful vintners.

Sophisticated French immigrants infusing Israeli soil with generations of traditional wine making and family history from the other side of the sea.

Tenth generation seasoned Sabras whose understanding of Israeli climate and its relationship to great wine grapes can’t be taught, but only felt.

These are the people, the land, and their roots. Together, I hope to share their stories and their wines.