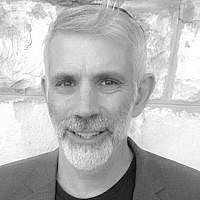 The Blogs
William Kolbrener
Apply for a Blog
Please note that the posts on The Blogs are contributed by third parties. The opinions, facts and any media content in them are presented solely by the authors, and neither The Times of Israel nor its partners assume any responsibility for them. Please contact us in case of abuse. In case of abuse,
Report this post.

“Purify the idea of God,” says Thomas Mann’s Pharaoh in Joseph and His Brothers, “and you purify man.” Although many of us, suffering under the monopolies of self-proclaimed theological elites, have abandoned the divine, lately, in our collective solitude, some of us have rediscovered the infinite. Not, however, in the prefabricated moralism of rabbis, priests or imams, but through going back to reading. In the Age of Corona, reading and the Humanities have come back into style.

But it is not only religious elites who have snuffed out the divine, but since the 1980s, when I was in graduate school, educational elites, have pursued a similar course. By taking the infinite out of reading – and it still happens on university campuses the world over – educational elites foster an idea of interpretation that refuses to allow the possibility that writers and readers can get beyond their personal prejudices and pursue transcendent meanings across generations. A big part of contemporary anti-humanism is the conviction that is is impossible to learn from those with whom we don’t absolutely agree on everything.

While the world is on pause and the technological metronome that also numbs us to the infinite has momentarily stopped, people are once again surprised by reading. Now is a time when students, and many professors as well, their reading sensibilities formerly deadened by academic conventions and popular expectations, are willing to confess to their love of reading. Moreover, in a time where our historical moment for the first time in awhile seems like part of the long history of human fragility and uncertainty, we have become open to the possibility of life outside the narrow parameters of specializations. “There is more to heaven and earth than is dreamt of in your philosophy,” Hamlet says to Horatio – Hamlet’s invitation to think beyond the fairy tales we tell ourselves to entertain something transcendent, other, profound. Now be the time to have the courage to grasp the transcendent from out of the hands of those religious elites that claim it as their sole provenance, and whose vulgar imaginations have taken over the divine for their own crass political purposes.

In a time where the most educated have dispensed with traditional knowledge as a form of Wisdom, the Humanities have begin to re-understand their mission – beginning with the radical notion that works of the past can help edify our sense of who we are today, and more than that, move forward into an uncertain future. Moreover, and perhaps most importantly, that an encounter with these works does not have to entail a complete submission to, or even tacit acceptance, of Older Ways of Thinking. We do not have to give up our identities – or commitments – when encountering minds, cultures, and worlds different from our own. Interpretation is the ideal model of the humanist: translation, or the Latin translatio – literally, the carrying over from one mind to another, from one culture to another.

Of course, it’s understood that it if you’re a gay man, or a black woman, or even a Jew, it’s difficult to approach a work – let’s say John Milton’s Paradise Lost which presupposes a white male Protestant reader. With that said, I am a Jew, and a Miltonist. To be sure, I suspend a lot of disbelief, as Samuel Taylor Coleridge wrote, when I read Milton: Jesus is not MY savior, but I can look with awe at his representations of God, faith and the human psyche. I may exercise my skepticism when reading and interpreting him – and Milton is above all a skeptical believer – but it does not stop me, I admit it, especially now, from being inspired, not only by Milton’s God, but Milton’s Adam and Eve, his man and woman.

Even Mann’s Pharaoh understands that the way to explore the divine, as well as the human, is not exclusively through soothsayers and magicians, but from the stories in our vast literary connections. Acts of reading may first entail acknowledging our differences with the writers of the past, but then exploring how their great works represent the transcendent, as a way of better understanding the human. Finding the infinite in literature – in Homer, Shakespeare or even the self-proclaimed atheist Virginia Woolf – is not then for the sole purpose of ‘purifying,’ as Mann’s Pharaoh would have it, the divine, but rather for better understanding, in our world of suffering, the possibilities for freedom and human transcendence. The trauma of corona may have had the one salutary effect of allowing us to reclaim – from corrupt religious authorities and complacent educators – the act of reading, and the infinite possibilities it still promises.

About the Author
William Kolbrener is professor of English Literature at Bar Ilan University in Israel. An international expert on the Renaissance on England, he has written and edited books on John Milton and Mary Astell. His Open Minded Torah: Of Irony: Fundamentalism and Love was published by Continuum in 2011; his The Last Rabbi: Joseph Soloveitchik and Talmudic Tradition is forthcoming from Indiana University Press in September
Related Topics
Related Posts
Comments