The Blogs
Jay Solomon
Apply for a Blog
Please note that the posts on The Blogs are contributed by third parties. The opinions, facts and any media content in them are presented solely by the authors, and neither The Times of Israel nor its partners assume any responsibility for them. Please contact us in case of abuse. In case of abuse,
Report this post. 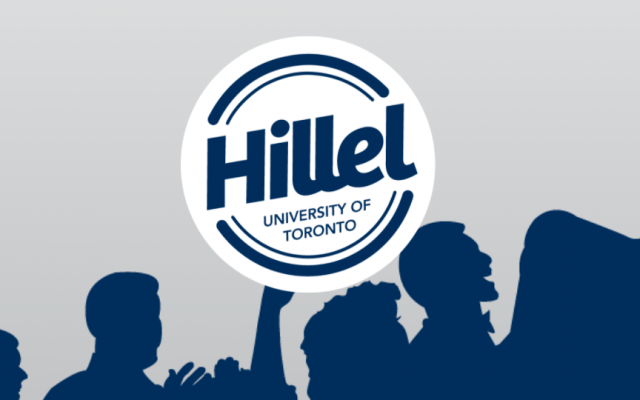 Let’s be honest: Jewish students studying at the University of Toronto have experienced many challenges over the past several years.

And, while we’re at it, let’s also speak frankly about the source of most of those challenges: the University of Toronto Graduate Students’ Union (UTGSU).

For too long, despite the efforts of a courageous group of Jewish graduate students within the union, the UTGSU has been using student money to pursue boycotts of Israel. Shamefully, the union even worked to halt a Hillel UofT campaign for kosher food on campus. (A campaign that failed, and was ultimately rectified when UofT’s President intervened to ensure access to kosher food.)

Last week, Hillel UofT launched a campaign, with the support of StandWithUs Canada and Hasbara Fellowships, to urge the University of Toronto to take action to hold the UTGSU accountable for their actions. Students, alumni, and community members added their voice to the growing anger over the outrageous behaviour of a graduate union entirely out of step with all the UofT stands for. (It’s not too late to add your name too.)

As the local affiliate of Hillel Ontario — the largest regional Hillel in the world — and the only Jewish student club with professional staff on campus at UofT throughout the year, Hillel UofT meets with senior members of the school’s administration – at the highest of levels – on a regular basis to address issues of concern to Jewish students.

And, here’s some real talk… We don’t always agree. And, we often wish internal university processes moved at a more expeditious pace. But, Hillel professionals — my devoted, hard-working, strategic team — are the ones in the room having these important discussions on a weekly, if not daily, basis. In good times, and in more difficult times.

There are many in the wider Jewish community who purport to understand what we (and by that I mean the thousands of students Hillel Ontario supports across the province) face on campus. Well-meaning adults speak about what it’s like to be a Jewish student in 2021. Caring parents, grandparents, aunts, uncles strive to fix what they perceive is a wholly antisemitic culture within academia. And, indeed, many of those concerns have merit and make-up much of Hillel’s daily work around the globe. There is much work to be done.

But it’s not the whole story.

As recently as this week, Hillel UofT was assured that the university was in the midst of an administrative process involving the graduate union. While we do not yet know how this process will ultimately conclude, one thing is entirely clear — the university is acting. And, while we’re at it, we must also acknowledge that the university has launched a school-wide Antisemitism Working Group to advise the administration on how best to support Jewish students.

Don’t misunderstand — Jewish students face difficult challenges, that are painful, disheartening and completely unacceptable. That said, Hillel is at the forefront of campus advocacy efforts to confront these challenges that we know are issues of concern to the Jewish community. Hillel’s team of professionals are in the trenches 365 days a year, supporting the next generation of Jewish leaders, advocating for change within academia, and proactively working to prevent the very sparks that ultimately lead to out-of-control fires.