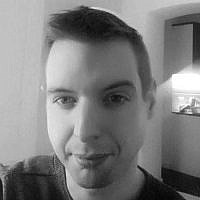 The Blogs
Natan Schaapkens
Apply for a Blog
Please note that the posts on The Blogs are contributed by third parties. The opinions, facts and any media content in them are presented solely by the authors, and neither The Times of Israel nor its partners assume any responsibility for them. Please contact us in case of abuse. In case of abuse,
Report this post.

Firstly, I want to make it clear that I never had the privilege to attend a Reform synagogue, and that therefore I have no practical experience at all regarding this topic. So why would I write about it? Well, I considered myself to be a Reform Jew for some time, but always found myself in places where there was only an Orthodox Jewish community. Therefore the only point of contact between me and the Reform movement was through their website, and Rabbi Rick Jacobs’s podcast (On the Other Hand: Ten Minutes of Torah). However, Now that this podcast is not being updated anymore (since June 15th, 2020) because of financial problems within the organization (2020) I found myself questioning their approach.

I started researching, and quickly questioned the entire idea of joining a Reform community in the near future because of some interesting dilemmas (2013). The main one is that it seems to me that either no spiritual/religious activities take place, or that their religious/spiritual traditions take place without believing in them. Meaning, why would I read from Deuteronomy, or any text, if I don’t want to follow it, or if I simply don’t believe in these laws and statements that are mentioned there? Additionally, why are Hasidic teachings being used out of context (Neo-Hasidism)? Hasidic teachings can’t be separated from the Torah and Talmud. When doing so you will take one Hasidic ‘wisdom’ and apply it to something that is totally out of context. To give you a practical example one could use Rabbi Nachman’s words to come to strange or even morally wrong conclusions; “A person should transform gloom and all suffering into joy” (Likutei Moharan, Part II 23:1:2-4). One could take this sentence out of context by even suggesting that it’s ok to become addicted to alcohol and drugs because It was said that “A person should transform gloom and all suffering into joy”. Obviously, Rabbi Nachman meant through means of Torah, and not through immoral behavior, or things that are not on the Torah spectrum. My point is that I can’t use his work to inspire my personal life because I don’t want to follow Halacha (especially not the numerous laws of Shabbat).

Moreover, wisdom can be found almost anywhere when you read things out of context. To clarify, I am not suggesting that Reform Judaism is taking Orthodox literature and using it for an immoral purpose. I am only saying that one can take almost any sentence, or paragraph and apply it out of context by using it somewhere totally different. Moreover, I understand how some Jewish holidays, like Purim and Hanukkah, are not necessarily religious or spiritual. However, the rest of the holidays and important days are directly related to religious dogma. Therefore, one can’t separate it from that religious dogma.

Bottom-line, it must be very strange for a Reform Jew to rely on secondary sources while these sources are built around Torah, and Talmud as their primary source. One would need to get rid of many different problematic primary, and secondary sources before you can consider yourself a sincere Reform Jew. Therefore It seems to be the case that many traditions within the Reform community are still active because people identify it with Rabbinic Judaism instead of Reform Judaism. Therefore the current state of Reform Judaism seems to be more like escapism from Orthodoxy than something independent. Reform Rabbis should be able to create their own secondary sources such as commentary on the Chumash, or at least edit it, and create other kinds of books. Don’t get me wrong, they do publish, but for some reason, they can’t replace the Orthodox literature. Maybe this is also not a goal of the reform movement. Maybe the ‘feel good’ approach is more important than a credible, coherent, and consistent approach. Yes, the Reform movement needs to constantly adjust and be flexible, but once it does it needs to be all the things that I just mentioned.

The issue, which is the lack of religiousness/spirituality, has already been described by Barak Hullman (2014) in his article, and although I don’t agree with him he does make some interesting points. (Rabbinic) Judaism is a religion, if you don’t believe in anything spiritual then why be part of a religion at all? Maybe there are *ulterior motives at play, but you can’t build a Reform community around texts/sources that people don’t believe in, or don’t want to follow. For me the Halachic part is the most problematic, especially the entire Shomer Shabbat concept. So why would I even want to read a text that states that I should be Shomer Shabbat if I don’t want to be Shomer Shabbat? Because of tradition, which personally entails for me growing up with only the story of Pesach, and living a modern Orthodox life from age nineteen until twenty-two? People like Barak Hullman would probably ask me the following; why even be Jewish at all? To which one could reply; I don’t want to follow Rabbinic Judaism, but would like to follow something pre-Rabbinic (PS: my own perspective is even more radical than this). Anyway, we would get into a long and interesting discussion which is beside the point.

However, officially Reform Judaism does state that they believe in something spiritual because they state the following “We see the Torah as a living, God-inspired document that enables us to confront the timeless, timely challenges of our everyday lives, and believe that Judaism must change and adapt to the needs of the day to survive.”. Therefore, it seems to be the case that Reform Judaism does give you more than enough room to be spiritual. However, one could also perceive this as a lack of religious dogma, which is not a bad thing at all in my opinion because it allows flexibility. I am not sure why Orthodox people perceive Reform as non-believers because it does seem to be the case that Reform Judaism is very spiritual. Yes, not necessarily religious, but you can’t disregard spirituality.

Now to come back to the title “Reform Judaism Needs Another Reform”. I think that Reform Judaism should establish its own identity, and start to leave certain texts/books out that do not fit with its own spiritual approach. Maybe look for a ‘semi-academic’ approach which would search for something pre-Rabbinic. Maybe incorporate academic literature on the side such as “The Bible Unearthed” by Israel Finkelstein, and Neil Asher Silberman. This way one could argue against the full use of Deuteronomy. Anyway, the Reform community has to do something to gain credibility because I have no idea how one can read, or learn from something that you don’t believe in, or don’t even want to follow. Exodus might be one of the key sources, and Genesis might just be read as a beautiful creation story. Leviticus could be partially brought back however only if the temple would be replaced by a synagogue. However, even if this were ought to happen then you still need to make significant changes regarding each text.

To conclude I would like to add that a clear self-identity is very important if you want people to join, or stay. Chabad might be considered extreme at times, but at least they have a very strong self-identity. I have read that “Tikun Olam” is exactly that self-identity of the Reform movement, but that only makes things more ambiguous. How does “Tikun Olam” (fixing/correcting the world) take place when you have to rely on sources that you don’t follow? Besides, one could attain “Tikun Olam” by doing good actions, or alternatively, start to follow Zoroastrianism. My point is that Reform Judaism needs to show something credible before they place a 350+ USD price tag per year on membership (prices differ per community). If one member of the community is significantly less spiritual, and has to choose between membership of a local Reform synagogue, and a Netflix, Amazon Prime, and HBO MAX subscription then they will choose the latter. A good movie or series is way better than reading laws, and concepts that you don’t follow. Moreover, I think that people who want to do “Yoga Shacharit” can perfectly do that at any yoga center because why would they mind if you would pray before doing yoga? Additionally, I know multiple people within my direct environment that are already done with any of these Jewish denominations, and left for something more coherent, spiritual, fewer laws, or just spend their time with people that they love. Keep in mind that all of this is coming from someone that studied at an Orthodox Yeshiva in Jerusalem for a couple of years, and has been part of multiple Orthodox communities. One can’t say that only the people who don’t know enough about Judaism are the ones that are leaving. Most people tried multiple different approaches over the years and when nothing seems to work for them they will move on. Additionally, I don’t think that most people are being asked why they left, or what exactly happened. This is understandable within Orthodoxy. However, I hope that the Reform movement really pays attention to the needs of the congregation, even as some of them leave. And hopefully, they will find a coherent, yet flexible approach.

About the Author
I lived in many different places, and currently I am still located in Krakow, Poland. I love to write about Jewish topics and Israel, and my experience at the WZO in Israel and my minor in creative writing made me decide to continue this path.
Related Topics
Related Posts
Comments