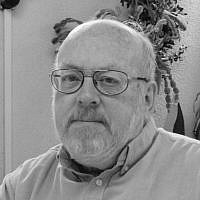 The countries that are reluctant to accept the Syrian/Afghan/Iraqi and other refugees should, as always, read history. They might learn something.

The great, successful societies of the modern world were all built on the backs of refugees. Think about it. During the Irish Potato Famine of 1845-49, approximately 1 million people died and a million more Irish refugees left Ireland for a better life anywhere that would take them in. As a result, most police departments and fire departments in the major cities of the USA east of the Mississippi River were made up primarily of people of Irish descent. Without them, who would have kept law and order? Who would have put out the fires? From Ireland also came politicians (John F. Kennedy), businessmen (Henry Ford), Hollywood personalities (Walt Disney), Supreme Court Justices (William J. Brennan, Jr.), and authors (F. Scott Fitzgerald) — just to name a few.

Despite the horrors of the Holocaust, many of these refugees became integral parts of the countries they settled in — including Albert Einstein and Sigmund Freud. After the war, the refugee survivors settled in most western countries — USA, UK, Australia, a very few in Canada and mainly in Israel. The very fact that they were refugees, who had lost everything and had to start life all over from scratch, drove them to excel in everything they did.

After the Israeli War of Independence, the fledgling state, which had a total population of only some 800,000 Jews, took in six hundred thousand Jews from Arab and Muslim countries — nearly doubling the population. This was a tremendous burden on the new country, but one which pushed its development from a small, agricultural community into becoming a modern industrialized state.

Refugees, and their descendants, have won Nobel Prizes, created companies and built countries. The one critical factor is this: refugees MUST be absorbed into the general populations of the countries where they are settling. This is the responsibility of both sides: the countries must act to absorb them, and not keep them ‘ghettoized’ in refugee camps, and the refugees must accept the fact that they now live in a different society — one that has opened its doors to them, and they need make the necessary moves to become part of that society.

The fact that Europe is so reluctant to absorb the current waves of refugees is, in many ways, a mistake on their part. Birthrates in Germany, France and many other western European countries are so low that they have negative population growth. In ten or twenty years, there will be no one to work in the factories, mow the lawns or drive the buses. This is not by any means to say that this is all the current refugees are capable of. Quite the contrary, but it will give them jobs and incomes to make them proud and happy members of society, whose next generations will then become the excellers, the new prize winners, the next champions.

To see what refugees can accomplish, see here — the list is long and impressive!

And …There are countries around the world (Canada and Australia to mention just two) who have so much space and such small populations, that it should be a no-brainer for them. They need newcomers, they yearn for a fresh population increase. In rural, eastern Canada, there are towns that lie vacant, where everyone has moved to the big urban centers. There is agricultural land that begs to be farmed, and there are no farmers left to do so. Just think what a village of Afghan refugees could do with the fertile land of Quebec or Nova Scotia. Just think what Syrian shepherds could do in the Australian outback.

The Gulf states are the greatest sinners, and greatest losers. By not accepting — nay, welcoming — refugees, they are undermining the very fabric of the societies they wish to preserve. By preventing even the very few that get in from becoming full-fledged members and citizens of society, they are missing their chance to transform their countries from medieval kingdoms into powerhouses of the 21st century. They have all the ingredients necessary to do that — they just lack the will.

Refugees are the stuff from which countries are built. Politicians and heads of state ignore this at their own peril. And the upside to all the above is that it is much, much cheaper to encourage refugees to become members of society, than it is to keep them fed, watered and housed in miserable refugee camps.